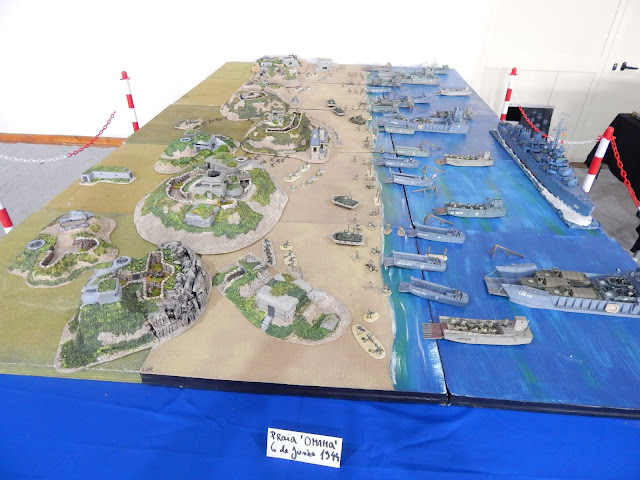 In the last weekend, in Coimbra, we had a nice toy fair. I took the opportunity to show my Omaha Beach. Unfortunately I didn't finish the last four 60X60cm boards of sea and sea and sand and I had to cram the whole setting on an area of fifteen boards (total 300cmX 180cm). Like this some of the German WN's had to be placed to the rear of others. Good enough for someone not very familiar with the events though... 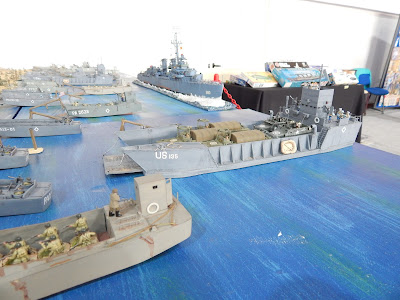 At sea the things got no better. Many of the landing craft had to be left at home as there was clearly no room for all of them, otherwise the table would look like a Marina.

In this picture it's better for the skipper of that LCT to  clear the way for the hurrying Destroyer! 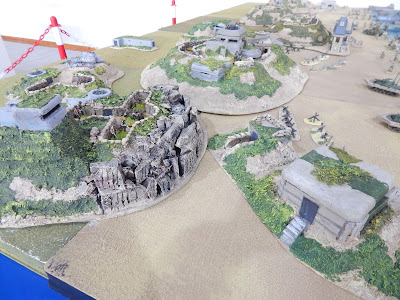 In the eastern corner of the beach more overlapping can be seen. 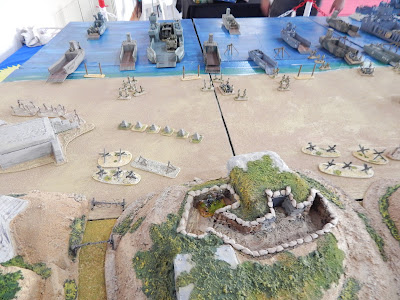 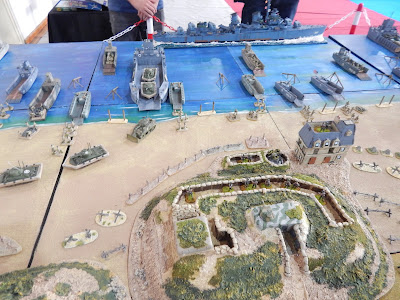 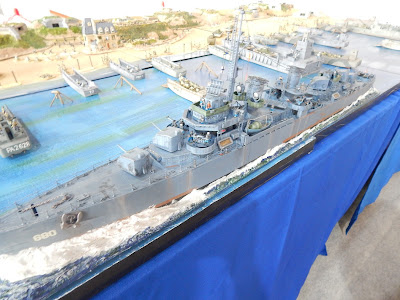 Destroyers come to hit those pesky openings on the bunkers. 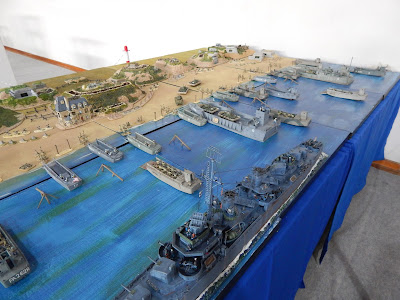 The landing at full force. 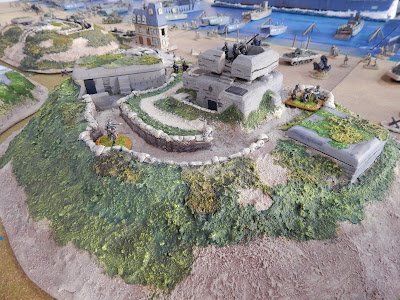 Will the defences hold? They did but only in miniature. 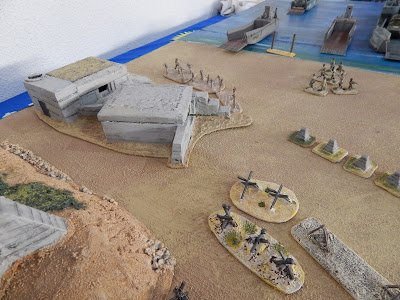 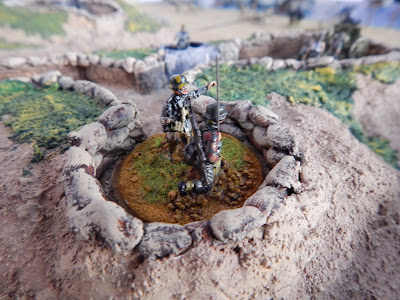 'Itza a beautiful zight, Gerhardt but I zink its time to leave!' I used Valiant figures this time for the German infantry (Valiant minis can really be seen from afar).
Next: the British D-Day beaches.

Posted by João Pedro Peixoto at 15:11