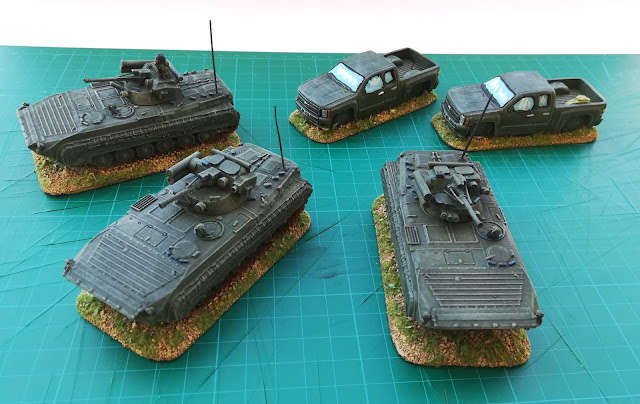 During the '5 Days War', the Georgian Invasion of South Ossetia and Abkhazia in August 2008, the Georgian used 15 BMP-1U bought from Ukraine in one of its brigades. All were apparently lost, captured or destroyed. But apparently Georgia rebuild its force of Shkval as there are now some 30 in its army.  From pictures of captured vehicles they were plain green which is OK as like this I can also field them also as Ukrainian IFV's. 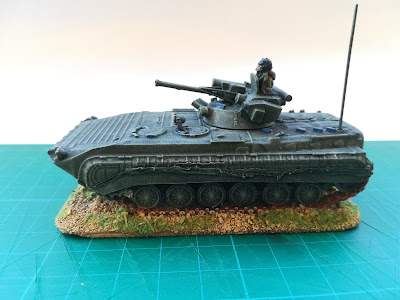 The basis for the conversion is the Fabbri  BMP-1. The main changes to obtain the BMP-1U are in the turret as you will see.

First I used the turret backwards after extracting the 73mm gun which will be also the basis for the new ZTM 30mm gun of the Shkval. Then details like hatches and vision slits were taken out with an X-Acto. Some bulbs of two component fast drying paste are glued on the turret which is the main station of all new stuff this version has to offer. 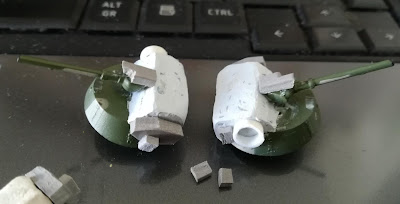 15 minutes later the paste can be cut and sanded to shape and the first details can be added as the gun, telemeter and other details. 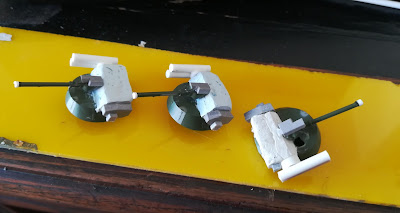 Time for the ATMG launchers made of EverGreen plastic tube. 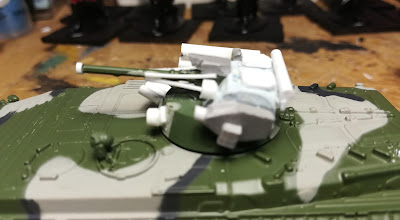 The tip of the gun tube is increased and some thin EverGreen is placed on its sides to give the illusion of the rotating gun. 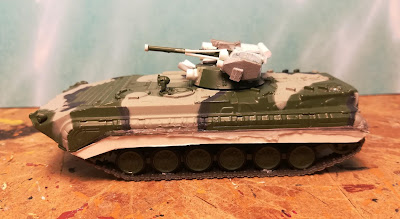 Time for the increased side protection on the hull made of thick card applied with hot glue. 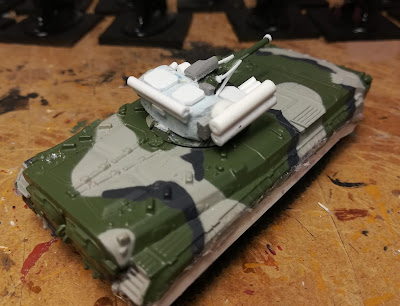 Final details on the back, new hatches and smoke dischargers. 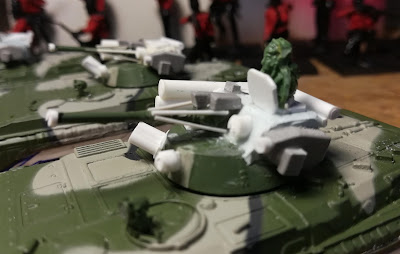 Figure, headlights, vision slits and its ready to prime. 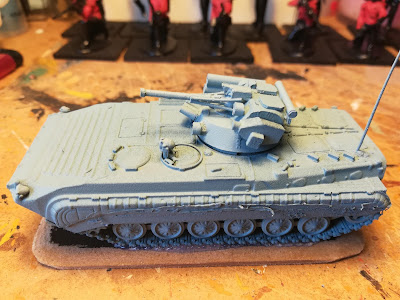 After priming they always look much better! 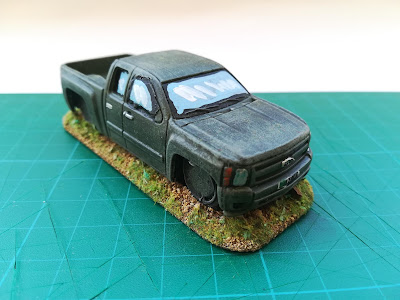 This lot was painted together with some two Die-cast Toyota Hilux. In fact they are Chevrolet but some careful painting can make them very similar.

Next: Concluding the 26th Volksgrenadier Division.