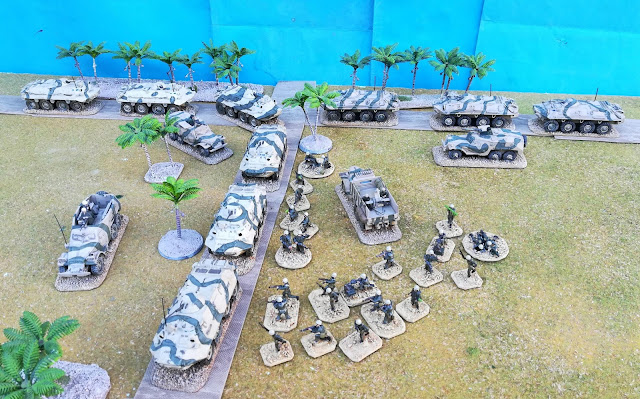 The 5th Iraqi MD had an attached unit, the 20th Infantry Brigade, for its operations around Khafji. Sometimes this brigade shows in some sources to be a Mechanized unit but there is very little information on this one to be sure. I bet more on being a purely infantry unit as the 5th MD already had seven battalions of mechanized infantry and simple infantry seems more natural to be attached in order to have the departing lines for the Khafji operations protected and to occupy the territory that was to be (briefly) conquered. Everything about this unit in these photos is purely speculative and based simply on the material and vehicles that normally are present in an Iraqi Infantry Brigade of the 80's or 90's. 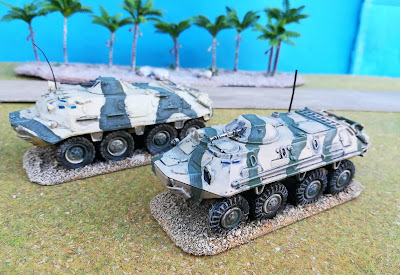 I used nine BTR-60PB for the transport of the three battalions. Six are metal Skytrex (left, on the picture) and three are Altaya (right). The Altaya model is much more accurate as its a recent model  but the overall dimensions of the two are pretty similar. 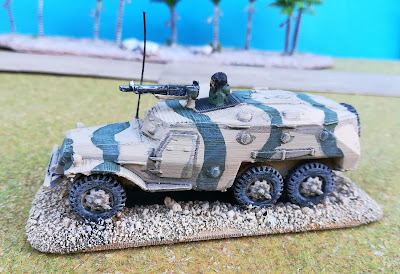 I was too lazy to convert the BTR-60 to the R-137/140 command-staff vehicles that the Iraqi also had so I used three BTR-152 I had at hand.
This one is from BPM. The printing lines shows on the top part close to the HMG but the rest is fairly Ok. 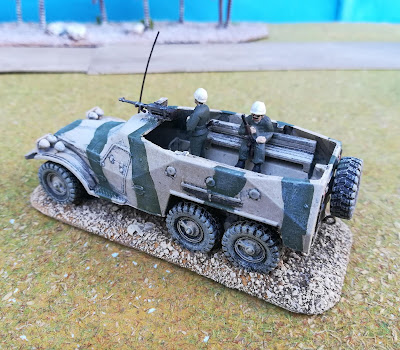 This one is ICM with Hasegawa crew. 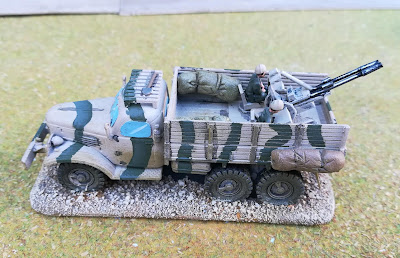 This Zil-157 is also from ICM. I just added a scratch built Zu 23-2 for this unit to have some AA protection. 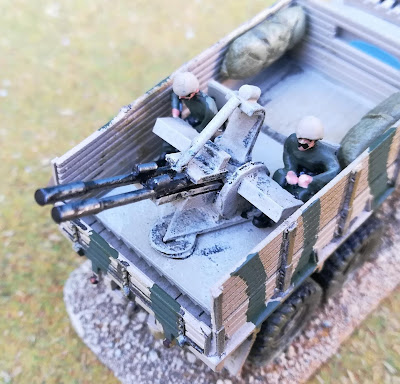 A better shot of the scratch built Zu 23-2 with Atlantic crew. I used green camouflage in this brigade as many Iraqi vehicles still had this scheme in 1991 left from the Iran-Iraq war.

Next: Gulf War US Marines reinforcements.

Posted by João Pedro Peixoto at 09:33