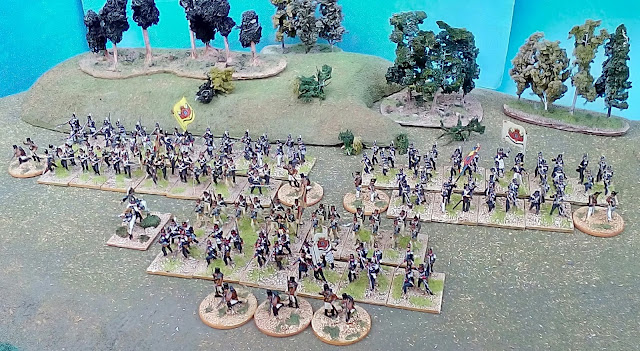 The three Portuguese Independent Brigades form up on the reverse western slope of the Serra of Bussaco before occupying its positions for the battle (this is of course bullshit, as they were spread in the Sula part of the Battlefield making its picture difficult to get). 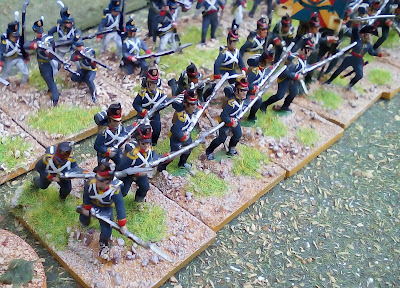 Typical of many of my Portuguese figures I used the bodies of Esci French with British heads like here in Infantaria 18. These were made before Emhar produced proper Portuguese infantry. 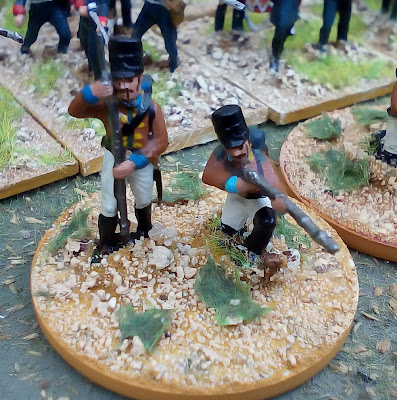 Some of the Caçadores in these three Brigades have Russian and French Esci bodies and heads from Esci Scots Grey as I intended to show the covered barretina.

Next: wether some DAK reinforcements  or Allied artillery and cavalry for Bussaco.

Posted by João Pedro Peixoto at 11:26