Rapid Fire! Normandy 1944 in 20mm - The Carriers for the British Motor Battalion of the 7th AD 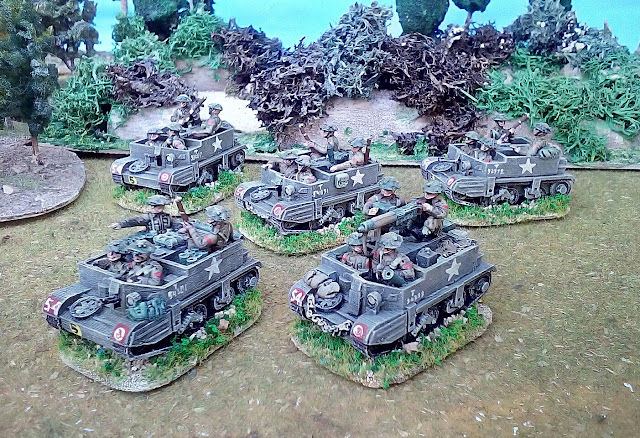 The Carriers of the 1st Battalion Rifle Brigade, the organic Motor battalion of the famous 7th British Armoured Division, scout the village of Joyeux Nöel (not far from Bonne Année) looking for hidden Germans amidst the elusive Bocage in that terrible summer of 1944...
This post completes this one:
http://jpwargamingplace.blogspot.com/2020/03/rapid-fire-normandy-1944-british-motor.html
and also finishes my two British Armoured Divisions for RF! one Sherman equipped (either Guards or 11th AD) and the Cromwell equipped 7th AD. 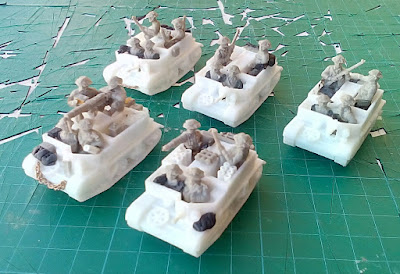 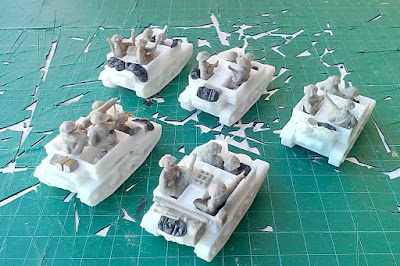 Three Carriers are for the Motor companies and just suffered the usual stowage addition. The other two involved more work as they are the Support  Company Carriers with one carrying the Vickers MMG and the other the 3" mortar. 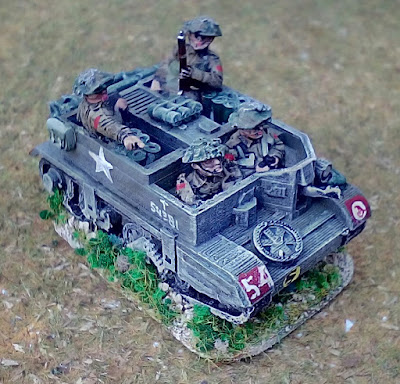 The 3" Mortar Carrier  received numerous small tubes of EverGreen to simulate the ammunition in the rear compartments. 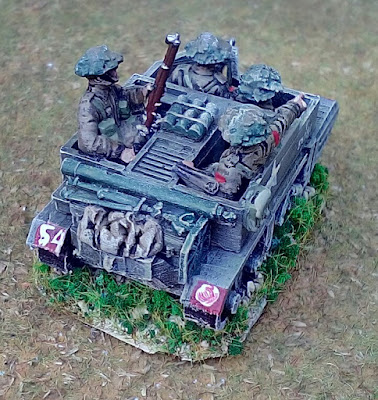 A 3" Mortar was also placed at the rear broken into its usual three parts. 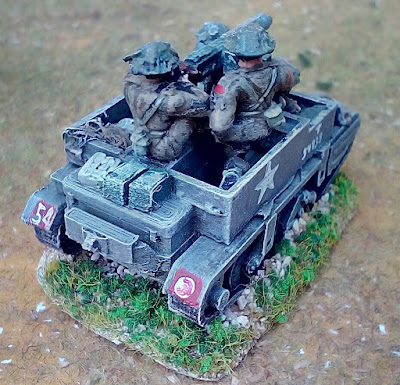 The Vickers Carrier has extra ammunition at the back... 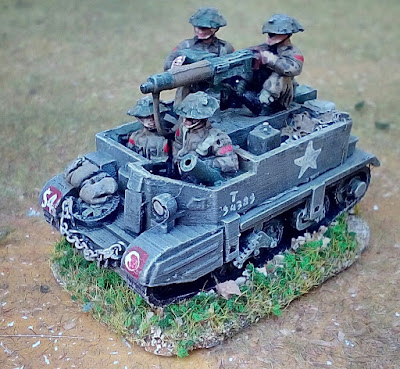 ... and the Vickers MMG pintle placed inside a thicker tube of Evergreen and strongly implanted on the vehicle. Also a smoke screen discharger was placed at the front and the Bren slit covered.

The other three. The figures were placed seating by burning the legs while the goo doesn't dry. You have to be quick with this one as the plastic dries very quickly.
Next: More Desert 1940-43 probably.
Posted by João Pedro Peixoto at 14:27