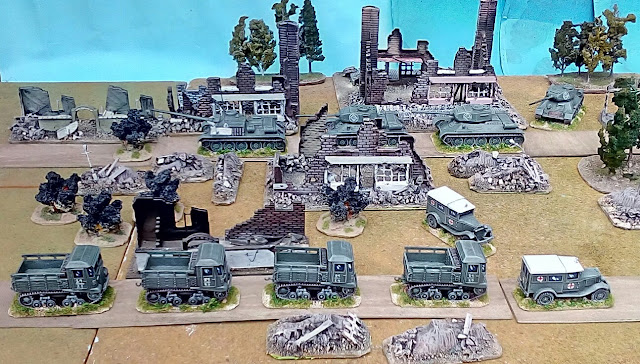 Under the attack of  a German artillery barrage, Russian tanks move to the front passing on the destroyed village of Sepp Maier while the artillery tows and ambulances look for shelter in the rearguard.
The  'retreating' vehicles are 3d resin prints while the advancing tanks are AER and Fujimi. 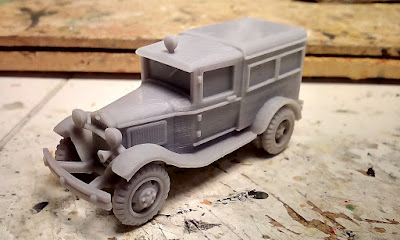 The 3d resin print Gaz ambulance is an amazing one piece model. The detail is all there and the friend who printed them for me just rescaled them to 1/72nd scale as they were originally made for his own collection of 28mm models. 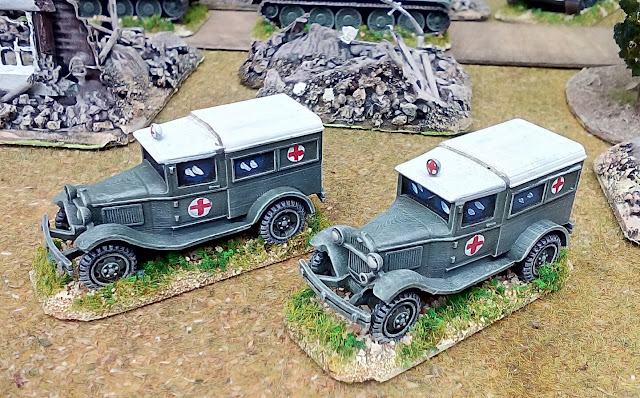 The white bonnets and red crosses adds some interest and they are my first ever Russian ambulances. 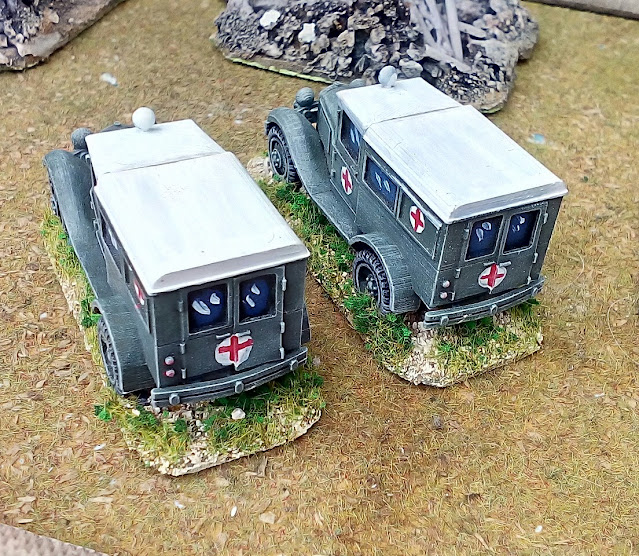 The white colour only became white on layer number 3 over the green base! 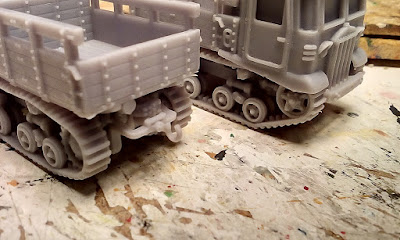 Look at the winch on the STZ-5 model! Again, a one piece model. How these things are done I have no idea. 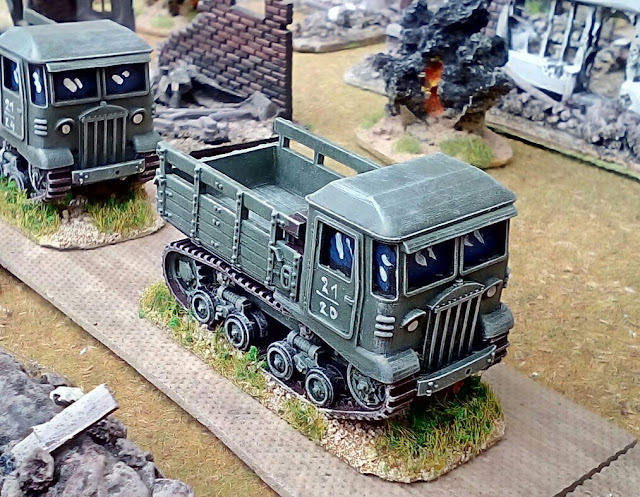 Already painted the STZ-5 are really cute machines and I think they were the inspiration for the German RSO. I see them towing mostly the 76,2mm AA gun but they were used to pull a vast array of other weapons.
The shell burst are Frontline Wargaming.

The AER T-34/85 have too large and long guns and were replaced by a piece of EverGreen tubing. 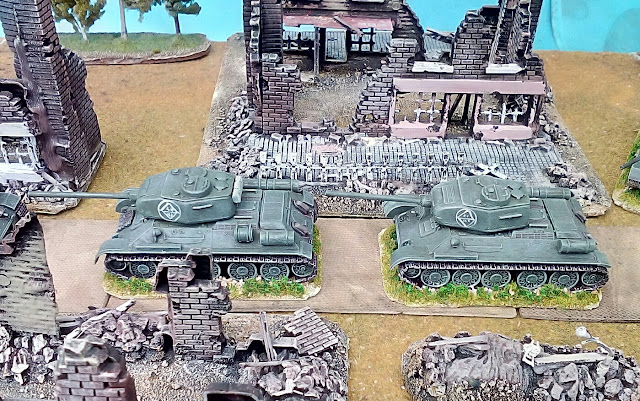 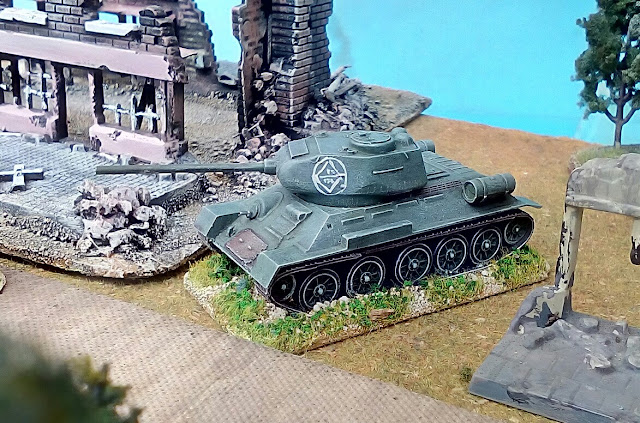 One more Fujimi model was added to the collection. Steve Shann mentions a total of 18x T-34/85 in one of his larger scenarios so now I`m only short by two models of this late T-34.
His book is very good and packed with informations about one of the last big battles in Europe's History . I alreday have all Germans for any scenario but still miss those 2x T-34/85 and all the 6x  Sherman 76mm in Russian colours. 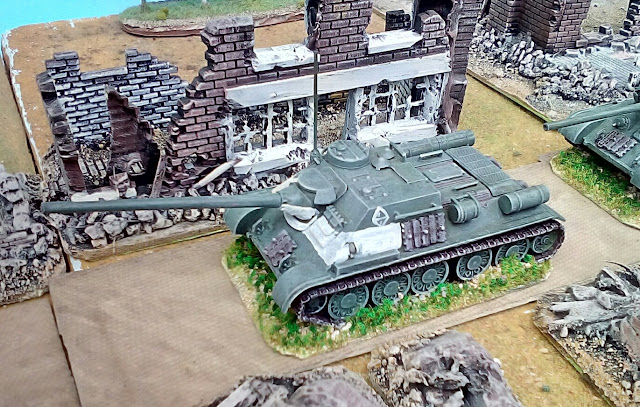 The AER SU-100 is a straight from the box built.
Next: A Royal Navy/USN escort carrier in 20mm
Posted by João Pedro Peixoto at 11:25