Near the Oasis of Ras-al-Bendtrees a group of German OP's and transmissions personnel gathers in order to organize the available information on the enemy. The radioman even picked a confusing piece of information from the British saying that Nomadland won the 2021 Oscar and not Leni Riefenstahl's Tiefland. Verdammt Amerikaner... 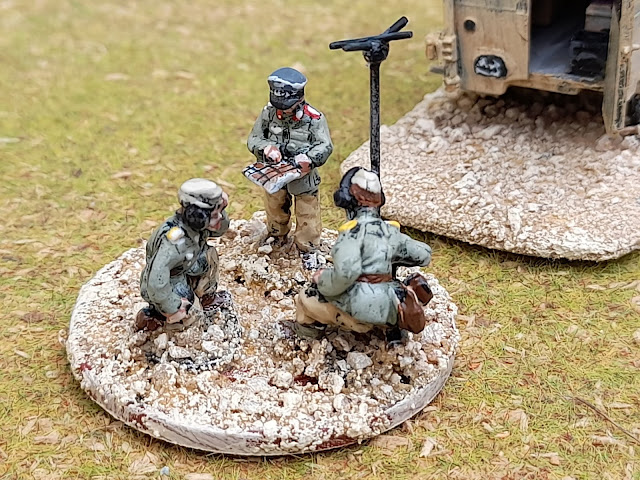 The figures are Simon's Soldiers from his pack of German Panzer HQ but adaptable to the DAK. 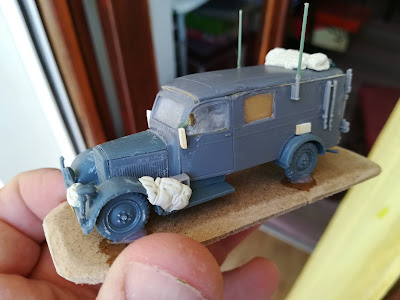 The Phanomen Granit 25h radiowagen is the Attack model. The model is very complete but I only used the plastic and resin parts leaving aside most of the fiddly photo-etched and replaced it with plastic parts. 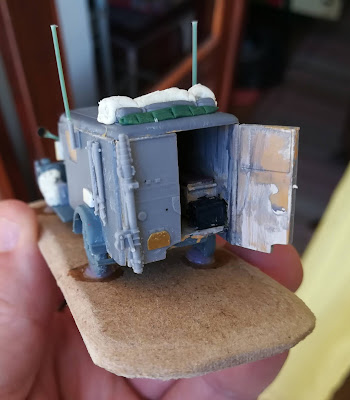 Its a pity Attack didn't make the extended antenna version. 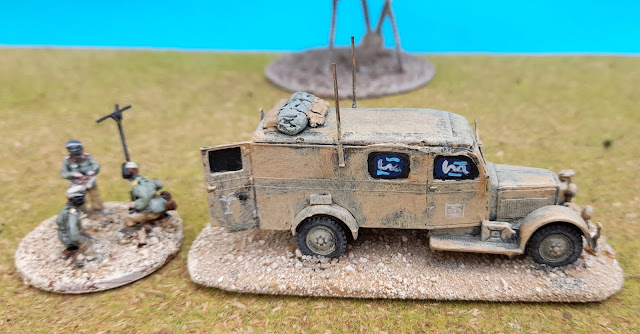 I couldn't find much on this vehicle's usage by the DAK so I left it almost without symbols and waiting for better and more informative days. 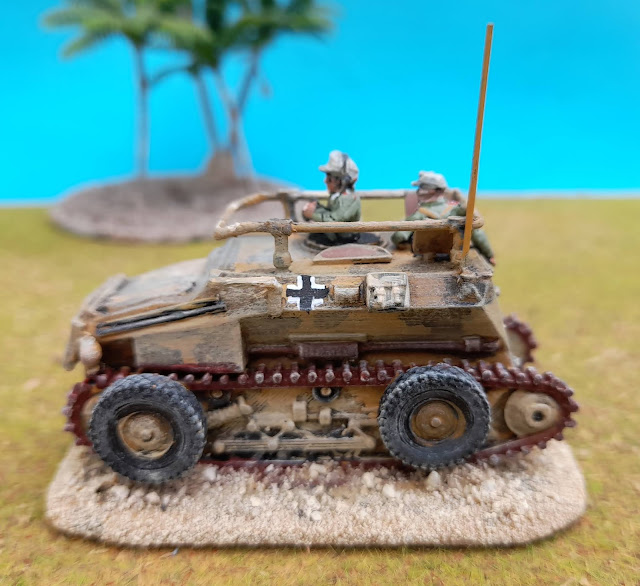 The Saurer RR7 were used by the 15th PD on its artillery battalions. The models are MiniGeneral PLA 3d prints. Once again two coats of varnish were sprayed on them before painting and most of the printing lines were gone. 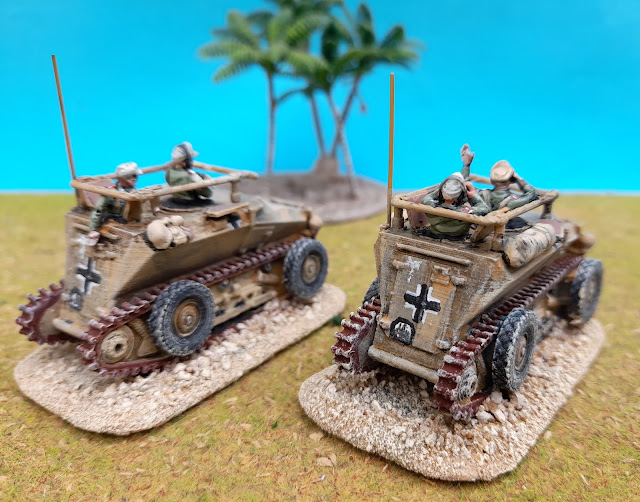 A few plastic torsos, antennas and stowage were added and you get something completely different for the Afrika Korps.
Next: France 1940.
Posted by João Pedro Peixoto at 13:19