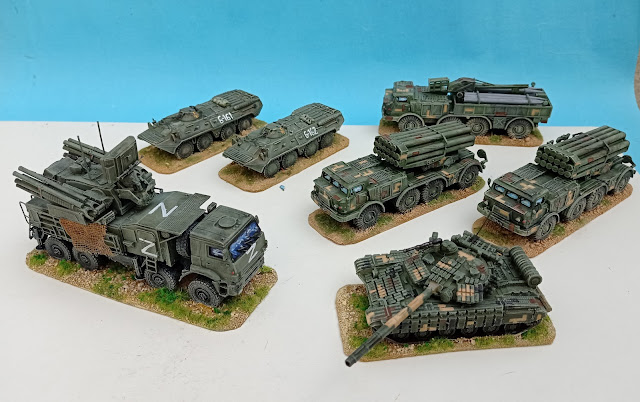 Nowadays we can find much more information on the organization and weapons of the Russian army than on the Ukranian side. There are several reasons for that: there are exhaustive studies on the Russian army and its organization and equipment much before this invasion and its army advanced much more in the open being photographed and filmed intensively. The Ukrainian army is the opposite: the star of its army has been the ATGW groups and infantry and its heavier defensive and counter attacking forces are generally well hidden and not easily reached by journalists, with its location kept secret. Of course the numerous casualties on both sides gives a good idea of models, camouflages and markings. 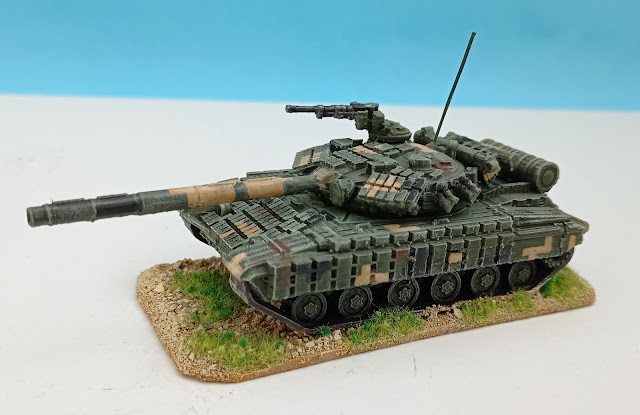 I took this T-64 BV from a lot of 10 I got from MiniGeneral 3d prints in order to have my first attempt at the recently introduced digital camouflage of the Ukrainian army.  The T-64BV is the most common tank in the Ukrainian arsenal. In recent peaceful games and challenges between them and other Russian and Western MBT´s this model showed its age and deficiencies getting bad marks and maybe because of that is not seen challenging the more powerful Russian tanks that much. 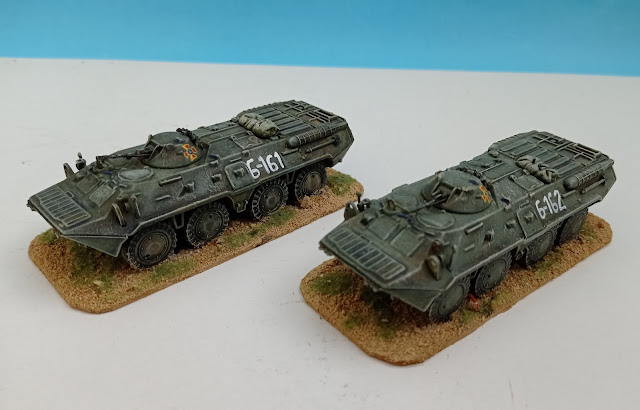 These two BTR-80 are Altaya and were painted without camouflage as some examples found in the National Guard. 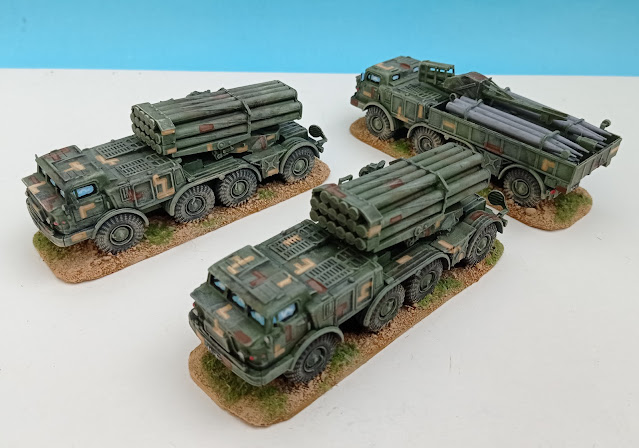 Also two BM-27 Uragan and its 9T452 transloader got the digital camouflage. All models are Altaya diecast but the transloader is a conversion using plastic card and barbecue sticks. 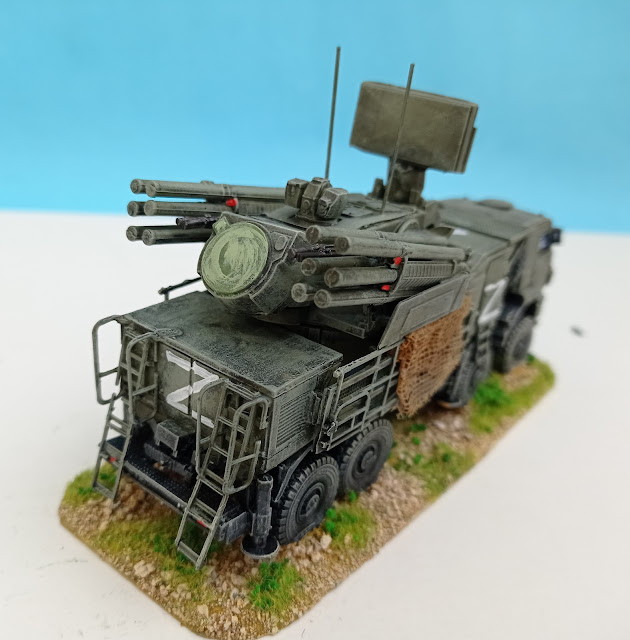 One more 400+part  model of the Pantsir S-1 arrived. This is good news as Armory managed to get into business again after having its production disrupted due to the invasion. The mention of the 400+ part is due to the fact that this model is one of those time consuming models for wargamers with the usual nice end but nerve wrecking building process. 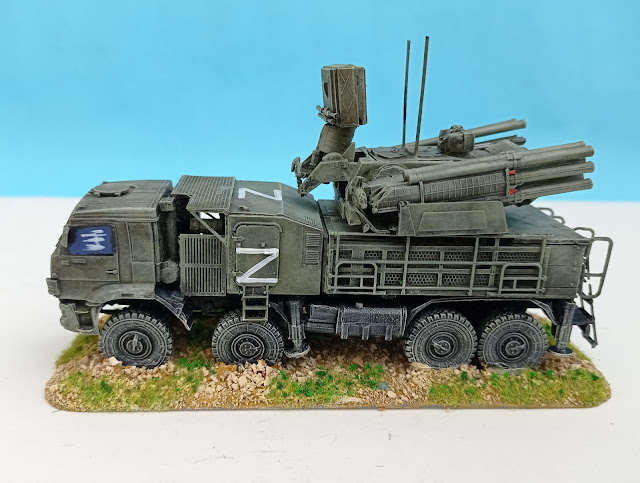 In order to speed building I used the other one already built as a matrix and all useless parts not to be seen were left aside. Like this I may have gained an extra modelling day (10 to 12 hours... joking!) on this one. 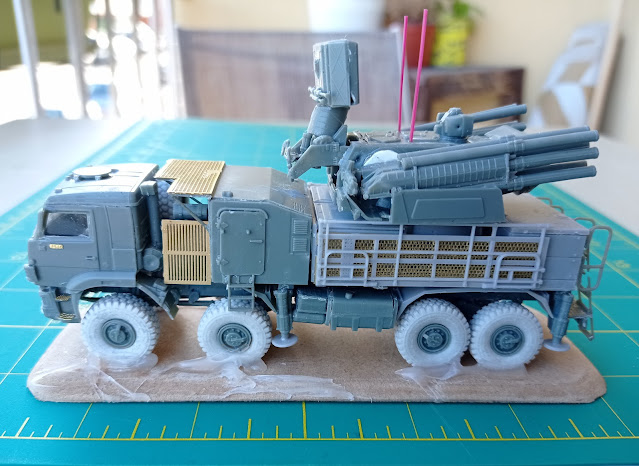 Before painting the Pantsir looks like this. Its a very good multi media model and not a very easy build. 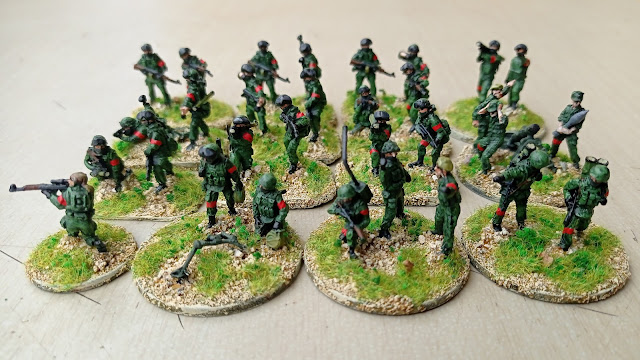 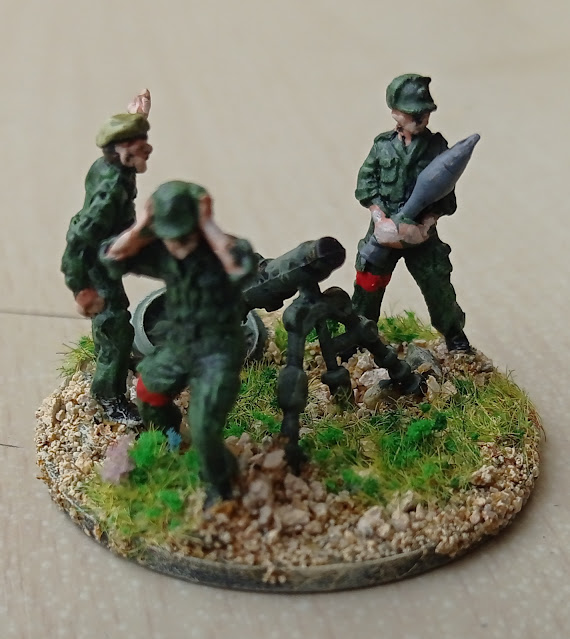 The 120mm mortar is again Atlantic with  a number of cuts to make it simpler. The round base is the wheel of a Panther tank. Another peeing soldier is carrying a 120mm shell most probably dwarfing the original! 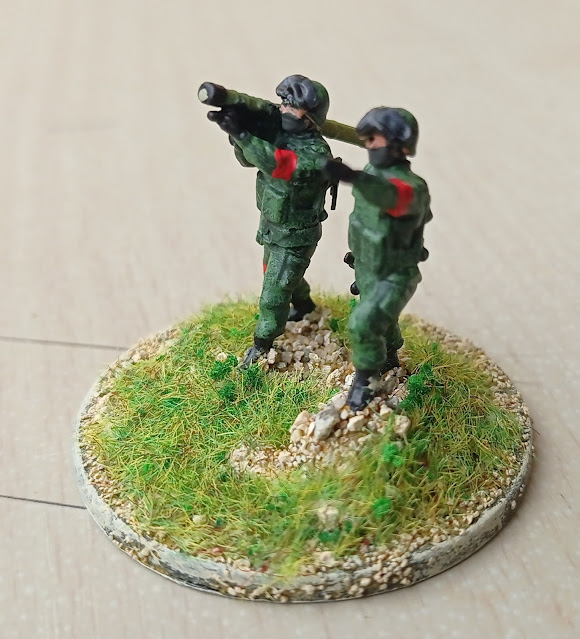 The Strela AA group is Zvezda with the usual goggles added for a more post-2008 look. 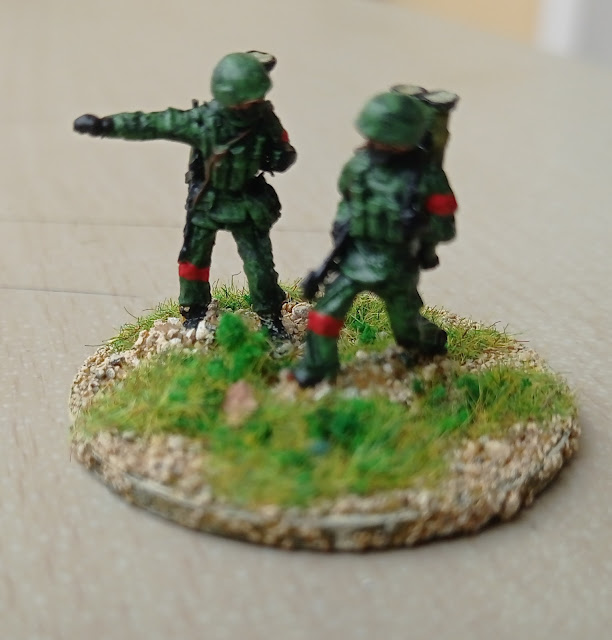 A loaded and tired Metis ATGM shooter from Alex Miniatures is ordered into position by its superior. 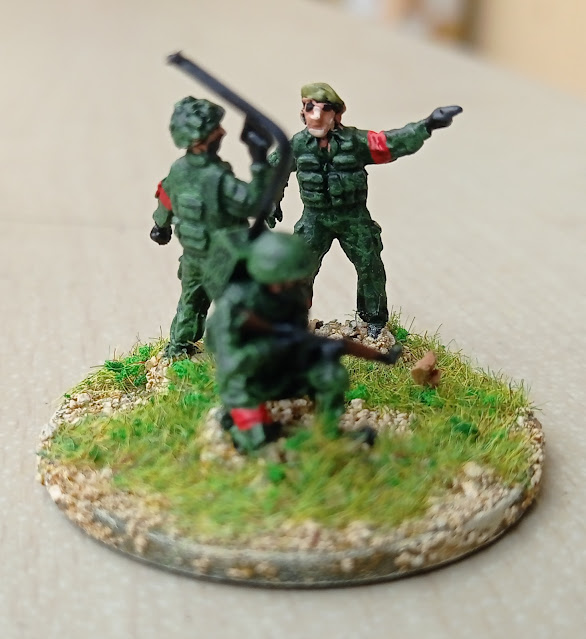 A mix of Orion and Alex Miniatures for the command group. 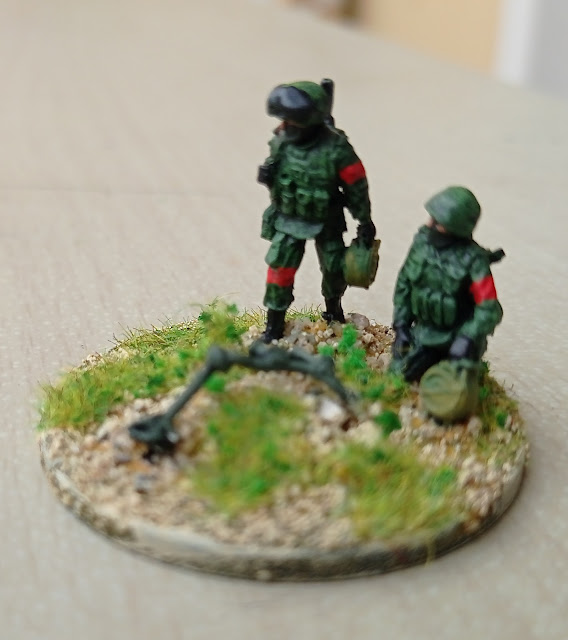 The AGS-17 grenade launcher is being assembled. In fact as the AGS-17 is transported in three different parts (gun-support-ammo) I built the support structure in plastic for a bit of variety. 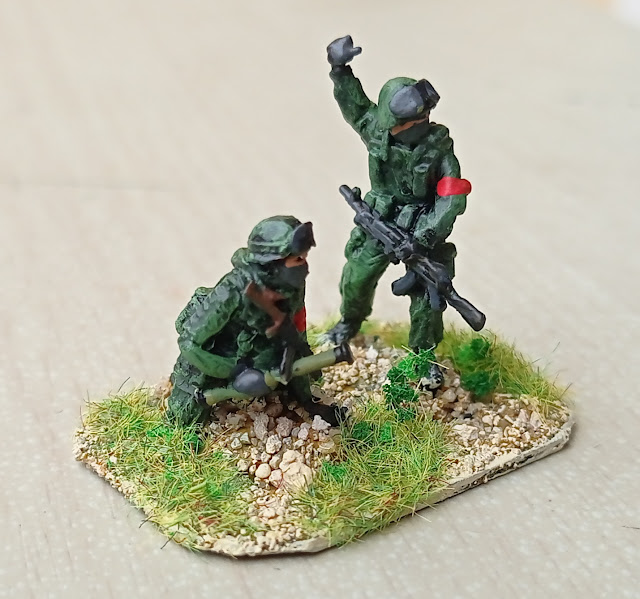 Another mix of the two brands. The left figure (Alex Mini) carries a RPG-26 but it can also be one of the several RPG's in service in the Russian army like the RPG-27/28/30, the RPO-A or the MRO-A. 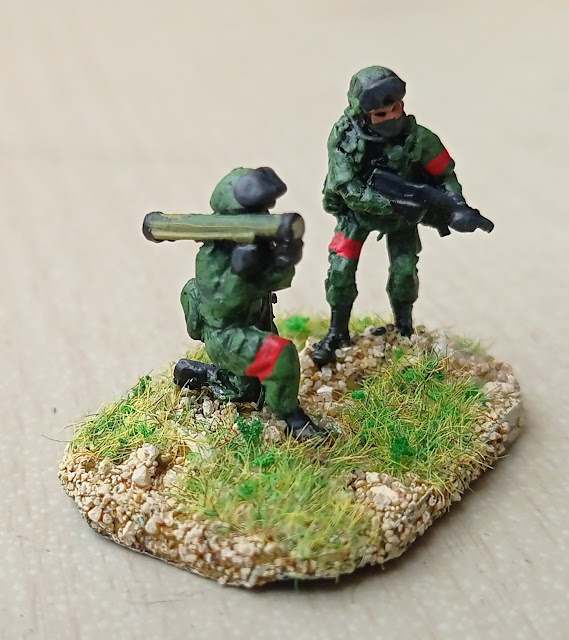 This time the RPG man is Orion withe a new helmet and goggles made in GreenStuff. 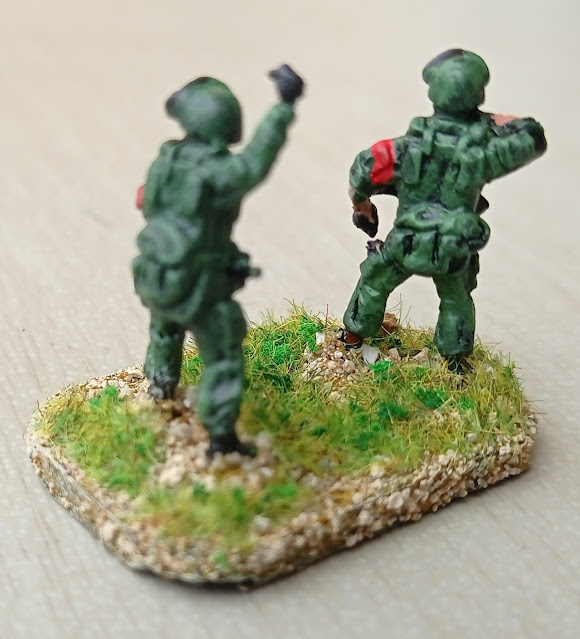 All Orion figures also got new haversacks for the look of the Russian infantry in Ukraine.

Next: More Russian invasion of Ukraine or a short incursion by the Germans to France in 1940.

Posted by João Pedro Peixoto at 10:00