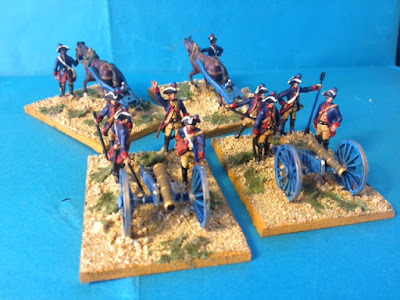 The Hessian artillery in America consisted apparently of 4 pdr guns of Swedish origin and the Revell artillery is a close match. The figures are in my opinion some of the best ever and in order to have Hessians I just placed a pom-pom in the tricorne and used a paint job that somehow showed lapels in the coats.

The wheels were also glued two milimeters or so apart from the carriage. 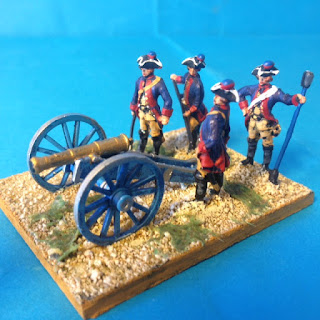 - Herr capitan... can we stay here after zee war? 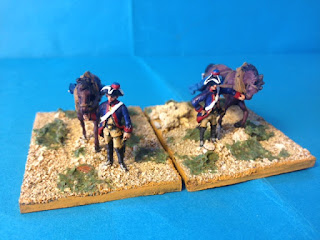 The horse holders should be civilians and are conversions from figures holding ramrods and spikes.

You can see the previous post for the carriage making based on the Airfix Napoleonic French artillery.

Posted by João Pedro Peixoto at 03:35