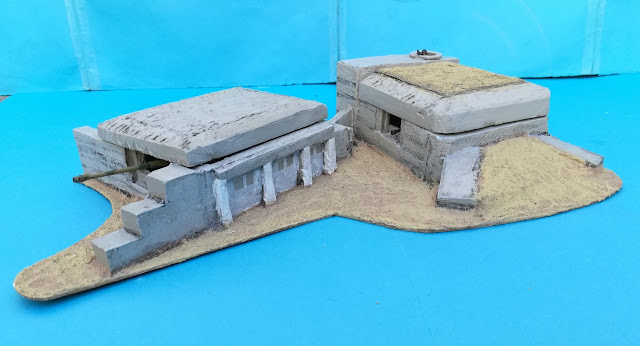 The WN 72 was positioned half way between the beach and WN 73 and WN 71, closing the access to Vierville through D-1. It was built on top of Hotel Legallois from which the white columns and small roof can still be seen, helping to the camouflage of the position.

The model is an almost copy of the resin Sentry Models WN 72 and is made in my beloved blue board. This time I covered the blue board in plaster so I could detail it while the plaster was wet. 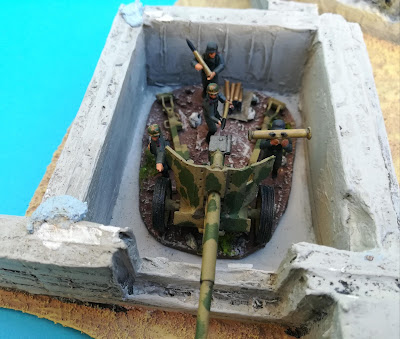 The eastern bunker had a powerful 88mm PAK gun (Skytrex model with Hasegawa crew) that could cover a good part of the beach all along its lenght. 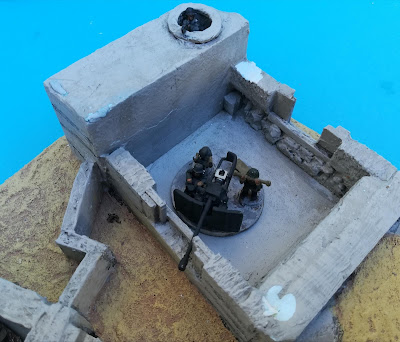 The western bunker had a 50mm PAK gun (Britannia model and crew). In a small Tobruk (Standard Structure 202) a Britannia MG firer adds extra fire power to the place. 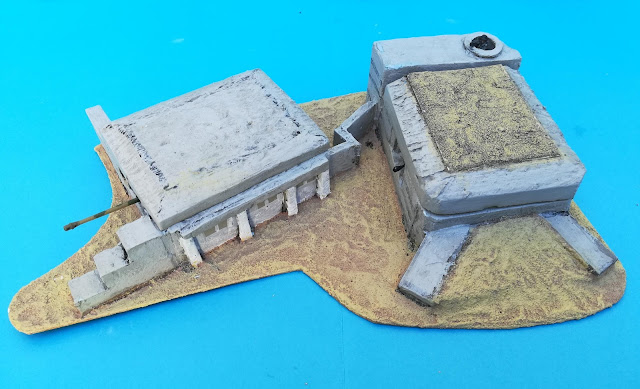 The whole structure is once again severely shrunk. The bunkers themselves are aproximate in size but in reality the wall connecting the two bunkers didn't exist but instead there were trenches some 50 meters long.

Posted by João Pedro Peixoto at 11:35