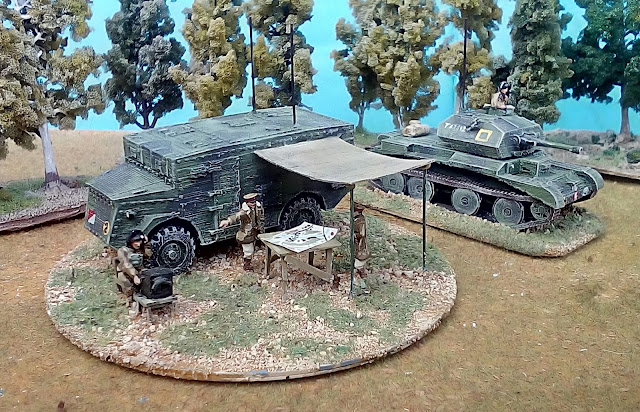 At Forêt-des-Jolies-Arbres stands a Guy Lizard ACV of the HQ of the 1st Armoured Division under the watchfull eye of a Cruiser MkIV of the 9th Lancers. 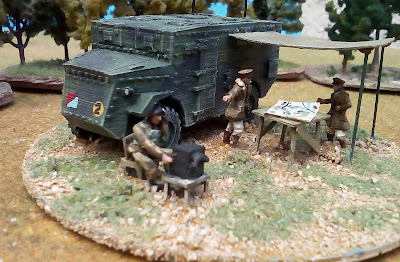 The ACV is a 3d print from MiniGeneral and all figures are conversions. 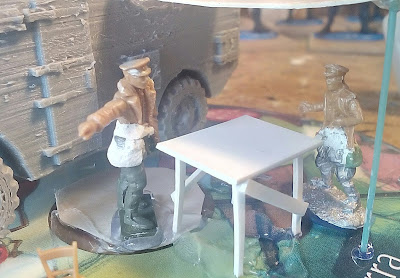 To the left you can see  a glowing General Roger Evans discussing with one of his brigadiers about the recent failures.
The torsos of the figures are the venerable Matchbox British officers. They needed riding boots to look like BEF officers so Evans got  new legs from an Airfix German and the other one got them from a metal Irregular Miniatures French figure. 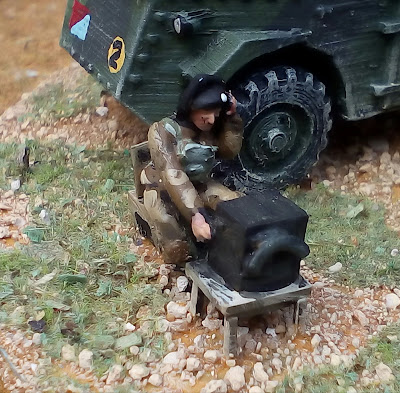 The radioman was more complicated with lots of  different pieces coming from many directions. 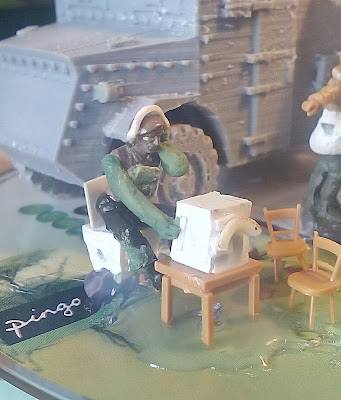 The torso is the Matchbox Monty with Esci Russian legs from the figure that rides their T-34 range. Arms and gas mask bag are made of GreenStuff. Here I made a mistake by placing a bereted figure. I found out that the beret was only generalised around 1941 (only tanks and recce troops used them by then) when the figure was already painted. 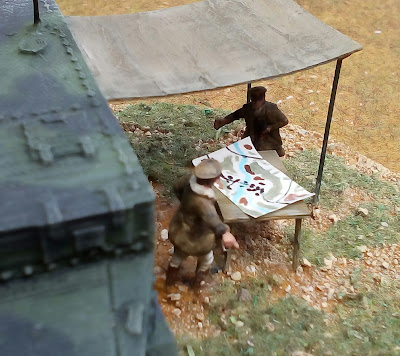 A quick plastic card table and a map and its done. 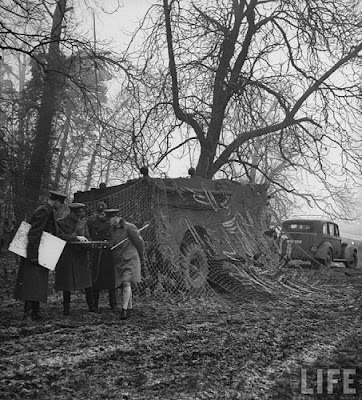 This was the original picture that provided inspiration for this stand. 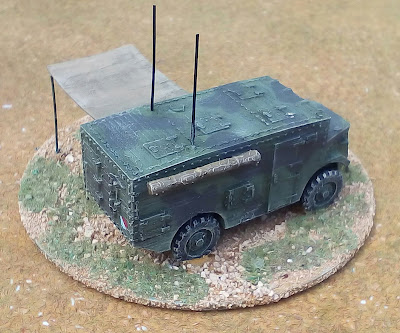 The MiniGeneral Guy Lizard ACV got a pair of antennae and one of the external canvas roofs was open. I made the open canvas roof a bit simpler than it was really. 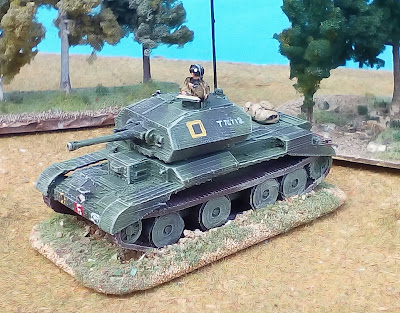 The Mark IV is one more MiniGeneral  miniature. The RF 1st AD needs some 75 model tanks between light and cruiser tanks and still 18 are now missing.


Next: Janissaries for Mohacs, or a few Morris Quod for France 1940 or Punic Wars.

Posted by João Pedro Peixoto at 08:07