Some 20 years ago these kind of cheap resin Made-in-China miniature houses were quite trendy around here. They were made in different sizes and along some months I bought this lot that looks very close to our 20mm size.

There was another range, much more expensive, with photo-etched gates and windows for sale in other fancier shops but I didn't buy any. These were good enough, quite detailed and sturdy and with a nice NW European look on their faces, sorry facades.

The only problem was painting. They came in some very faded and pale colours. So next step was lining them up, spray black on all of them and maybe in 2/3 days I painted this lot with grey roofs, stony colours and some lively details. Even if I rarely wargame I used them once in my Omaha wargame (last one I made some 15 years ago!). 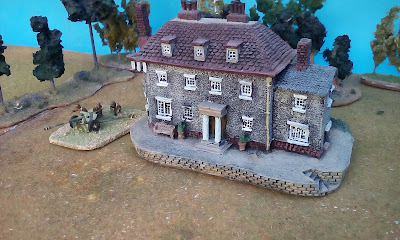 This a is a nice French chateau. Next to it, only for scale, is a 75mm Airfix gun with PSC crew. 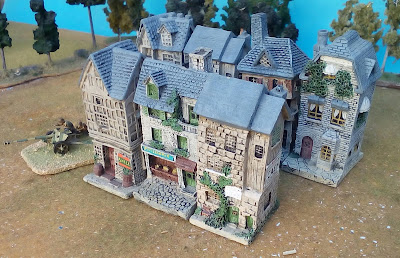 These seven small buildings are closer to 15mm but are nicely detailed with six of them being unique pieces in the group. 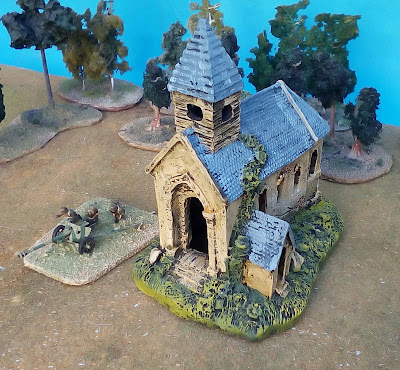 This church can be used in many scenarios and ages and it reminds me Plancenoit of Waterloo fame. 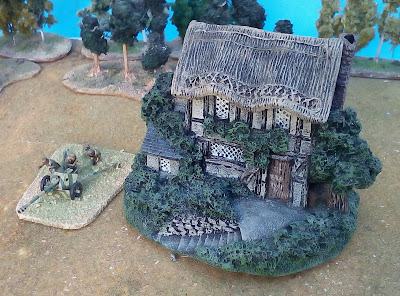 Almost all of them can be used from the XVII-on in most NW Europe periods and scenarios. 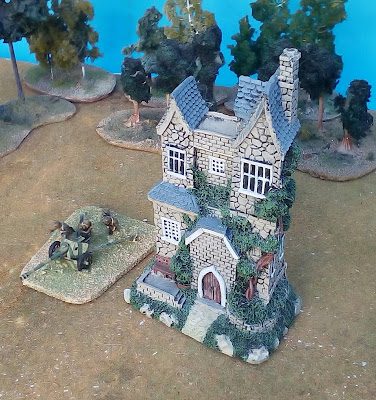 This one is a bit Hollywood style but still a nice piece. 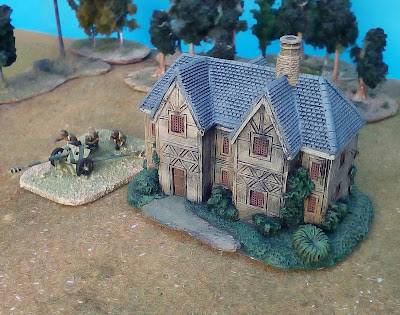 Almost all of them shows up a bit of exageration in terms of vegetation. 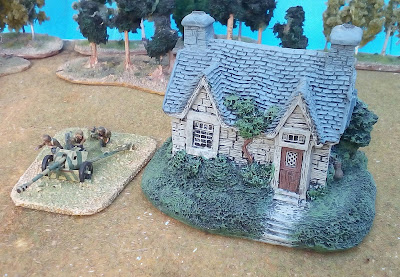 This one looks like Little Red Hood grandma's house. 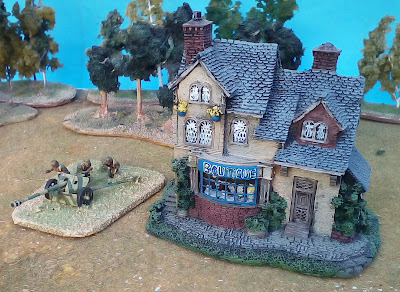 The Boutique OhLáLá has a photo-etched vitrine and I think it was my only atempt at a more expensive range (Lilliput Lane? maybe). 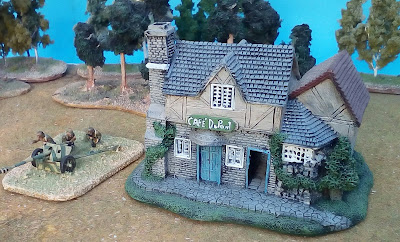 This one became a Café after adding the placard. Inside is Renée at the balcony and on the top floor, with the radio under her bed, is Mme Fanny La Fan and, who knows, also Meusieur Alfonse still trying. 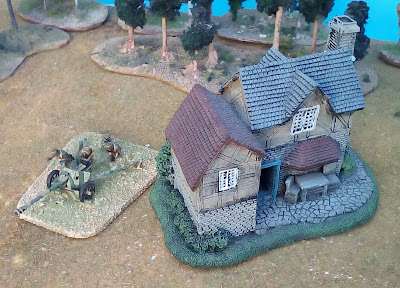 Same house front and back. Some of them have nice detailed corridors that cross the entire building. 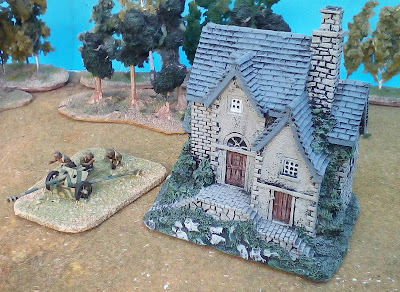 Another one from you favourite  fairy tale. 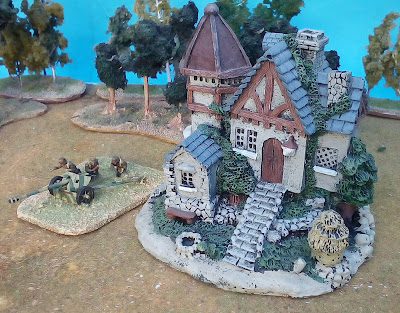 This one was clearly designed with the Wicked Witch in mind. 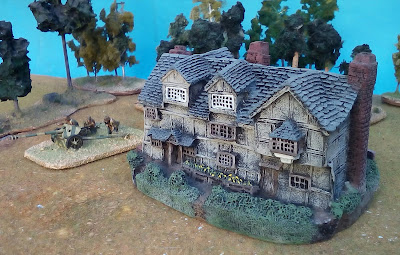 This one went along many of my French post on 1940, in famous battle places like Thierry Henry, Tigana and Platini... 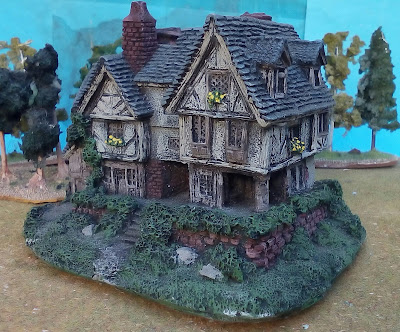 Next: probably Kriegsmarine infantry for part 2 of Arnhem oddities and such.

Posted by João Pedro Peixoto at 07:39