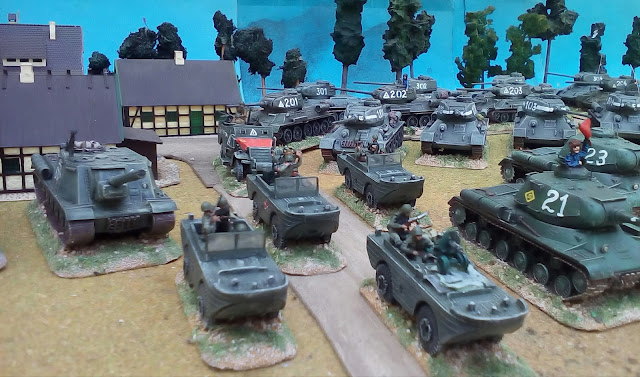 A large Russian tank force gathers around the German village of Karl-Heinz-Rumenigge not far from the twin villages of Klaus Allofs and Horst Hrubesch on the way to Berlin (this one really exists!).

Up to now this Tank corps has a full T-34/85 brigade, two JS-2 battalions, two SU-85 battalions and one ISU-152 battalion. The T-34 numbers are far from complete and I´ll try to find two more brigades. In fact I have seven other tank brigades that you can see in the Kursk posts about Mid-War made of T-34/42 and T-34/43. These were getting rarer in late war environments but that can still be used. All other material, artillery, infantry, etc can also be taken from my Kursk forces. 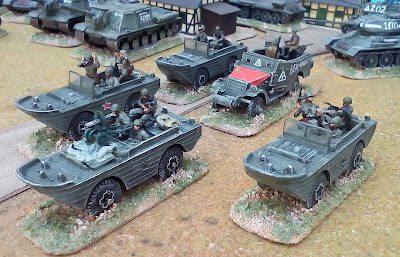 For reconnaissance you can see two Scout Companies with a White M3 all from the Lend-Lease program. 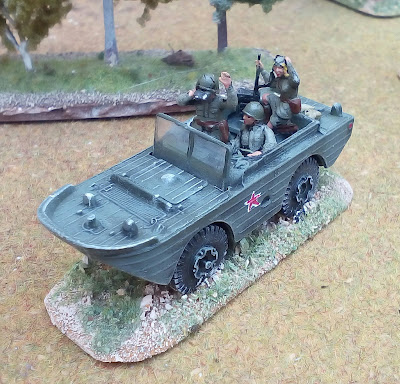 The Ford GPA are repainted 1/72nd die-cast models quite common around here a few years ago. I found four and they are nice renderings of the true machines. The figures for this command version is Zvezda (driver), hard plastic Esci (commander) and soft plastic Esci (female radio operator). There must be a problem with the driver as he prefers to look at the Officer's ass instead of the beautiful blond on his back... well. 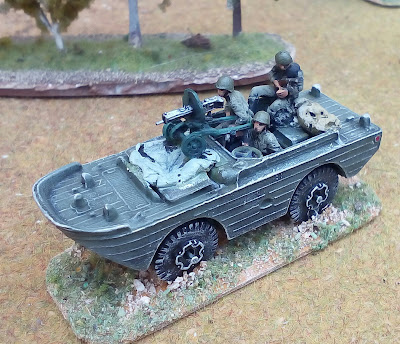 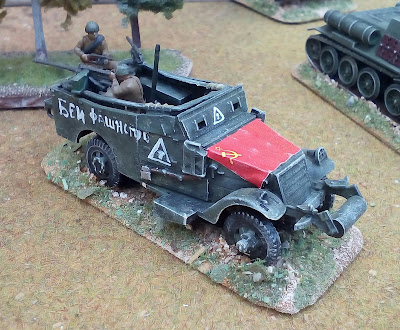 The Esci White M3 for the Recce command. 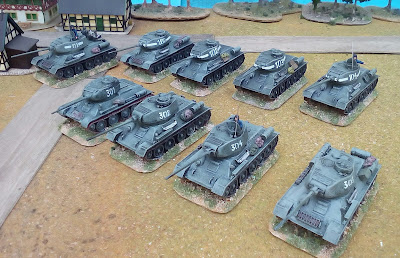 Two of the battalions of T-34/85 are Pegasus 1/72nd scale double kits. For me they are the best way to portray these great machines, cheap and very detailed with very good tracks waving along the wheels. 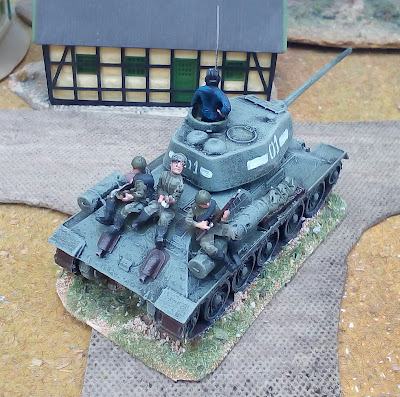 "01" is the command tank of the brigade and has extra Esci and Matchbox hard plastic figures as Desant infantry and a Fujimi tanker. 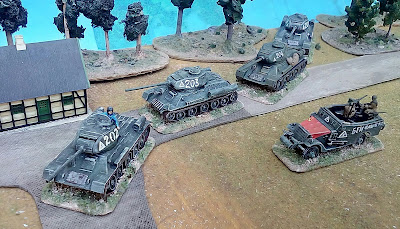 The third battlion is Fujimi. "203" is Frontline Wargaming and joined the Fujimi models as all are 1/76th scale. 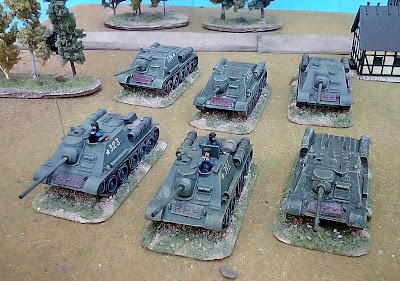 The two battalions of SU-85 from Fujimi. The tankers are Fujimi and Skytrex. 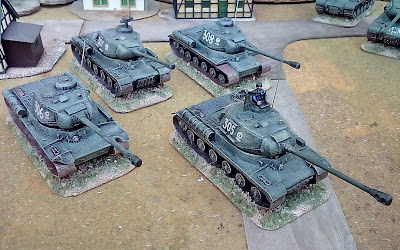 This battalion of JS-2 is Italeri from the its double box. The DShK Mg's are scratch built (c'mon, I had to scratch built something here). 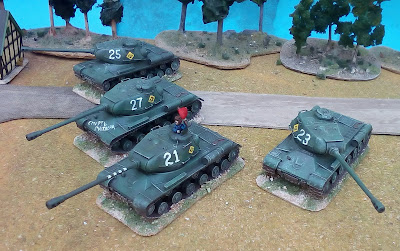 The other JS-2 battalion is made of beautiful repainted Altaya models. The tank commander is Britannia.

Finally, the ISU-152 are Italeri also from a double model box.