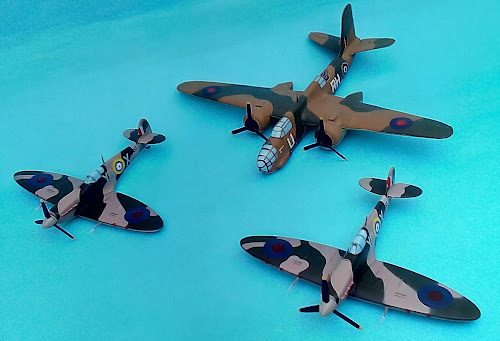 On the 19th of August 1942 a  pair of Spitfire MkVb escort a Boston light bomber on the way to Dieppe.
I'm starting here my series about Dieppe by mere chance. This week a new brand of 1/72nd diecast aircraft showed up in the tobacco shops. Its name is Luppa and quite nice they are. As usual the first one is quite cheap at less than 5€. Others will be around 10€, even so quite cheap as half of the collection is made of big bombers (not sure if in 1/72nd scale though) with examples being the British Wellington, the Japanese  Betty or the B-29 the rest being fighters. Even a giant Kawanishi H8K Emily is part of the collection. Well this one made me think what will I do with the same Hasegawa model stranded in the shelves for years, this of course if the big ones are 1/72nd scale. 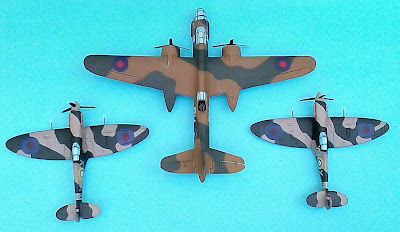 The Luppa models made me also build this Revell Boston MK III from the stash. 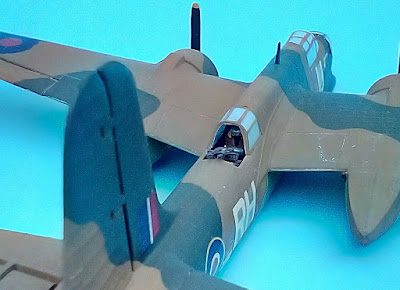 As usual all glasses are painted from the inside which saves time as you dont need to paint or build the interiors or the pilots  but I like to leave the firer of the double 50 cal. to be seen.
Posted by João Pedro Peixoto at 07:43