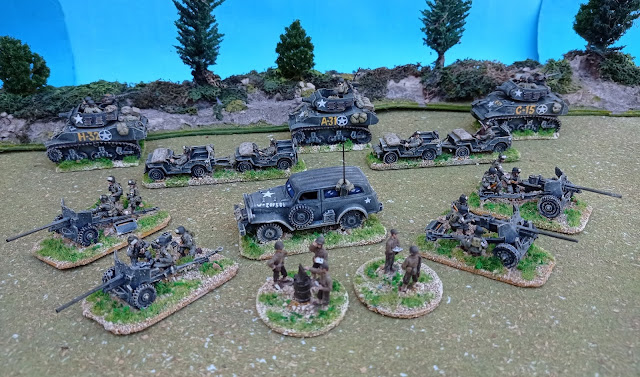 The command group of Combat Command X of an US Armored Division meets in the middle of the Norman bocage. Fearful of a German incursion, the commander request all possible protection from the vicinity and so some Airborne 57mm AT guns and M8 HMCs shows up and make an impregnable ring of steel around him... What a bull###t story! Sorry, but nothing else came to my mind as an introduction.
This time some additions to the US Armored Division and the Airborne Division. With the Dodge WC53 Carryall and the M8s HMC the Armored division is now complete and the Screaming Eagles finally got some AT protection and tows for the 105mm guns. 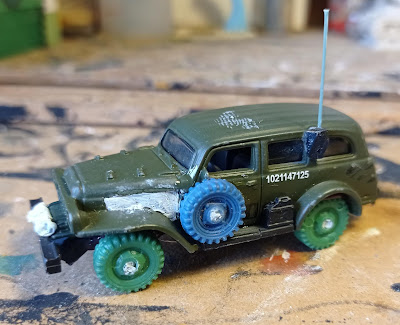 The Carryall is a Matchbox die-cast model I found last month in a second hand toy fair. It looks to be in a smaller scale than the usual 1/64 of many die-cast cars and probably suits our 20mm size pretty well. New plastic wheels from Atlantic, antenna and covered engine (white paste) was added and it looks OK. 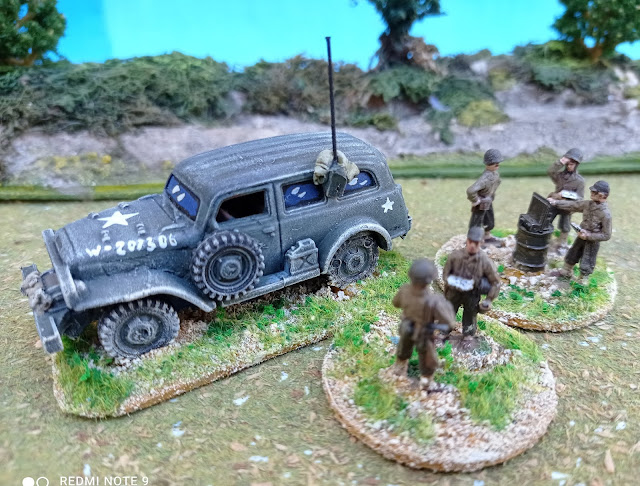 And here it is together with some old metal US command figures, presumably SHQ, given by my friend Jorge Faria. 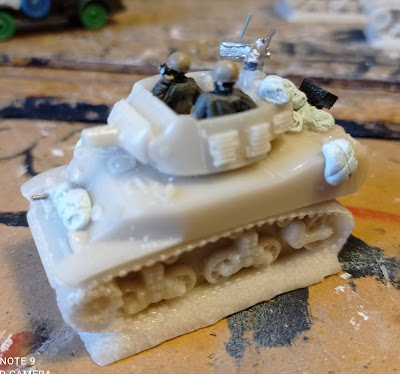 The M8s are RTR and will be sent to the three mechanized infantry battalions and their assault gun platoons. The figures are Irregular Miniatures cut by the waist. I chose helmeted figures as for open topped vehicles. 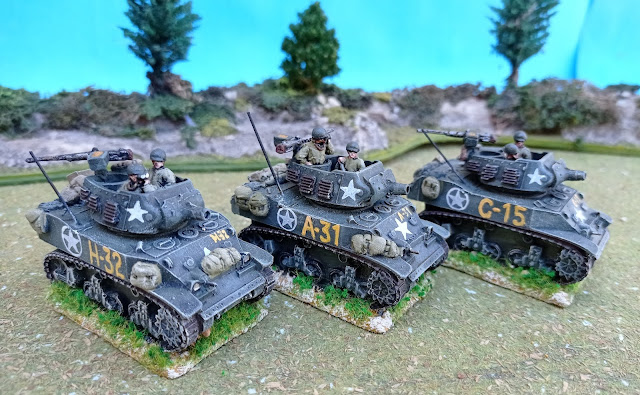 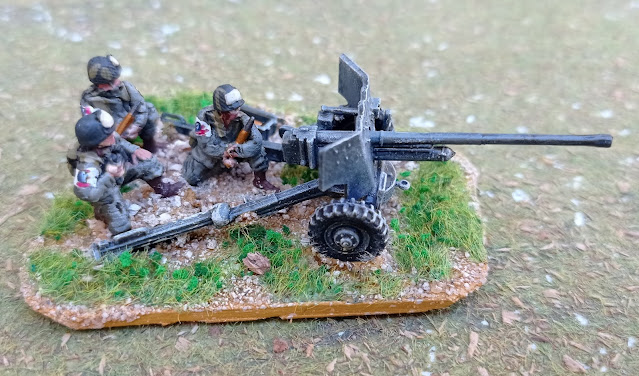 Half of the  US 57mm AT guns are PSC conversions (muzzle break erased, right side of front protection cut and shortened legs). The artillery men are converted Revell and SHQ figures ( these last ones with EverGreen first aid pads and pockets in the trousers). 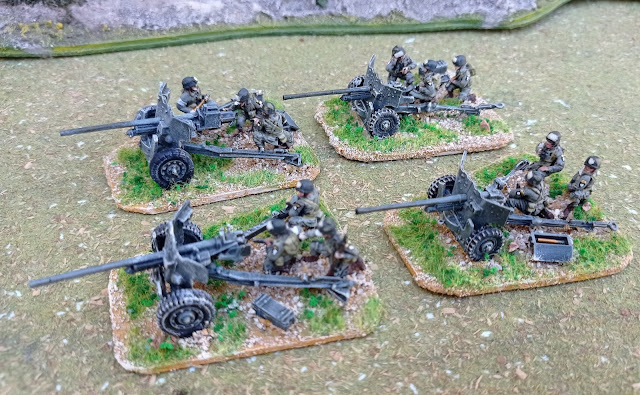 To the left you can see two SHQ 57mm guns and the two PSC to the left. 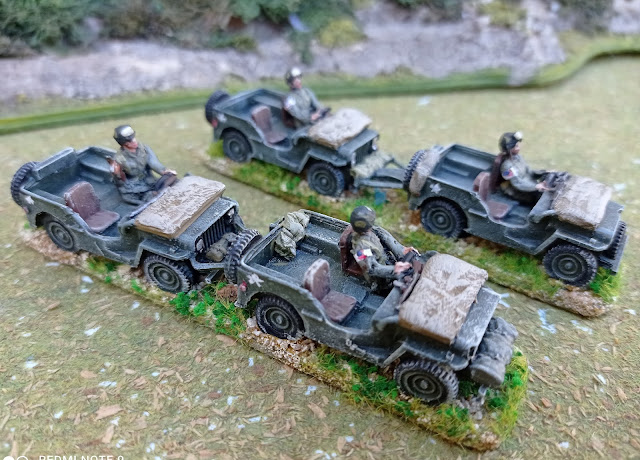 Finally the Jeep tandem tows for the 105mm M1 guns were painted, as I had them built for years. The Jeeps are Frontline Wargaming attached to each other with the typical  'A' structure made of plastic card. The drivers are the usual plastic torsos with Milliput arms. To driver to the left is an old Airfix figure driving with his left hand and holding the Thompson with the right hand in a typical Cowboy style.
Next: French 1940 or Brandywine 1777.
Posted by João Pedro Peixoto at 06:06