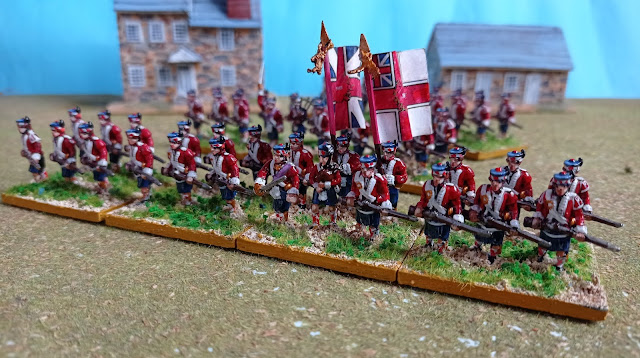 The 71st Highland Regiment was present at Brandywine with three battalions totaling around 1200 men. It was thus the biggest regiment at the battle and it was kept as the reserve of Knyphausen Division and as train guards. 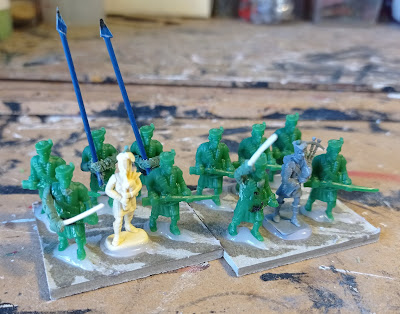 The figures are in fact plastic game pieces in 1/72nd scale from the Hold The Line boardgame by Worthington Publishing and PSC. I lost my mojo for AWI a bit before the release of the original game with had some 200 beautiful figures inside. Later when the mojo came back I could only find in PSC the separate bags of  Scots and Hessians. Now finding Hold the Line figures after all this "post July" s##### is very difficult which is really a pity as they are really great.
As you can see they go very well along Esci and Airfix pipers and they could go even better if  instead of clipping the base I had just cut a part of it. The figures were glued with hot glue and then with cheap super glue. The bond made by the two materials is extremely strong. 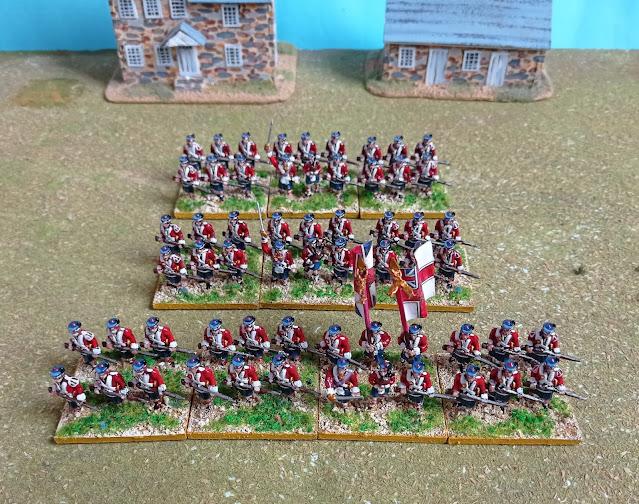 All the figures are the same but with the colorful uniforms of the Scots the single pose gets lots of life. 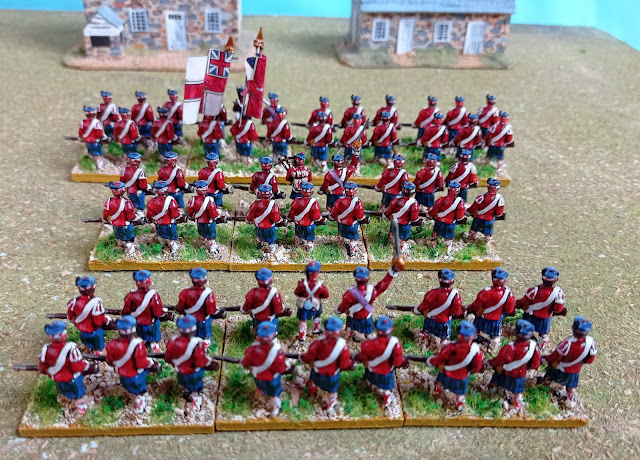 Most of them got red hair, of course! And they should have white trousers by the time of Brandywine but they also look much more Scottish like this. 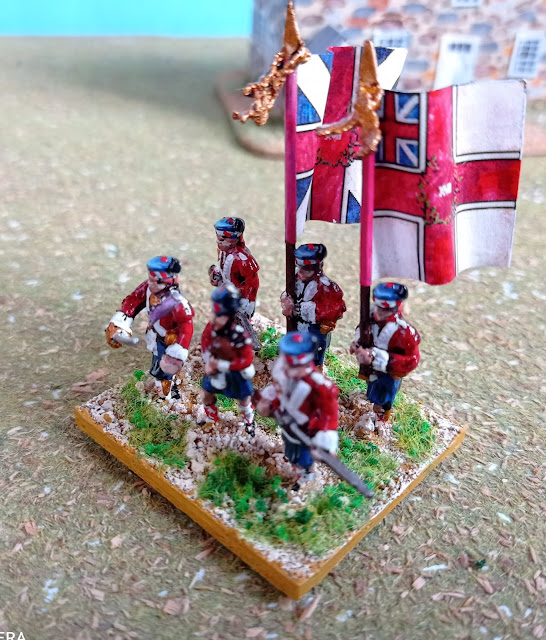 Two other poses were made from the original: officers and the flag bearers, using Greenstuff for new arms. 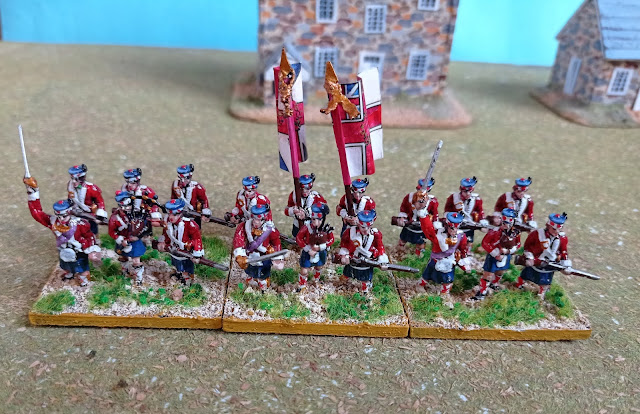 These three command stands are the ones with pipers and changed poses. I used wire for the first time for the arms of the officers waving the claymore sword which made some of them too long. Then laziness prevented me from changing them.

Posted by João Pedro Peixoto at 13:11