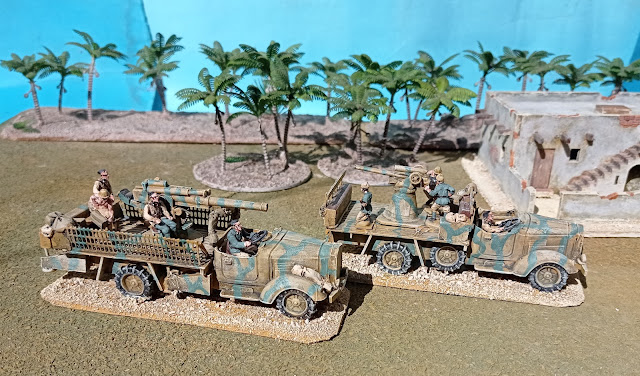 On the way to Bir-El-Gobi on the 19th November 19431, and passing Djebel El-Moron-Salvini, the two batteries of Autocannoni su Fiat 634N attached to Ariete are ready to create havoc on the advancing 22nd British Armoured Brigade. To the left you can see the most powerful of the two types, the Autocannone da 102/35 su Fiat 634N and to the right, the 76/30 version. 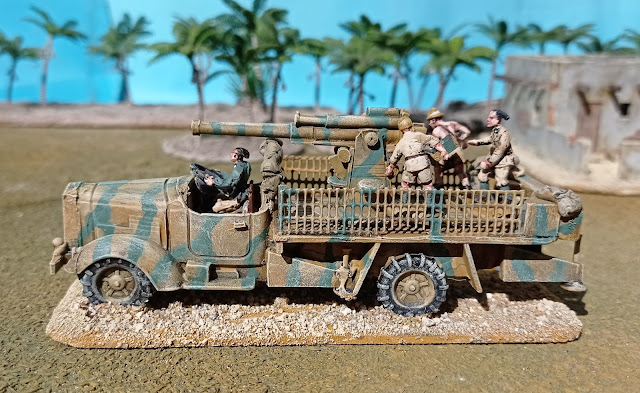 There are some nice profile and period photos of the 102/35 version which helped to scratch built this one. As you can see from the drawing below from the Online Tank Museum the mudguards were different but very difficult to change on the soft plastic models I used as basis for these two.
The original Fiat 634N was a bit more than 60cm longer than the Lancias 3RO 100/17 (the IBG models I built last month) so these cheap Chinese Aliexpress models used as a base are bigger and about right (maybe some 4-5mm longer models than they should).

The Online Tank Museum also provided the basis for this nice camouflage. 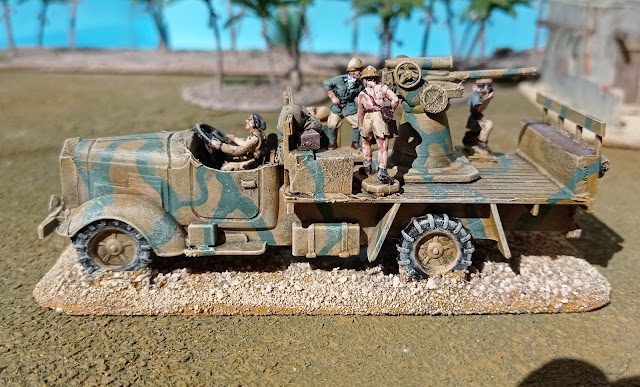 The other model is the Autocannone da 76/30 su Fiat 634N for which the same cheap truck was used. There isn´t much information of the real thing, on the contrary of the previous model, but even so the general appearance can be made from the available lousy quality photos available. 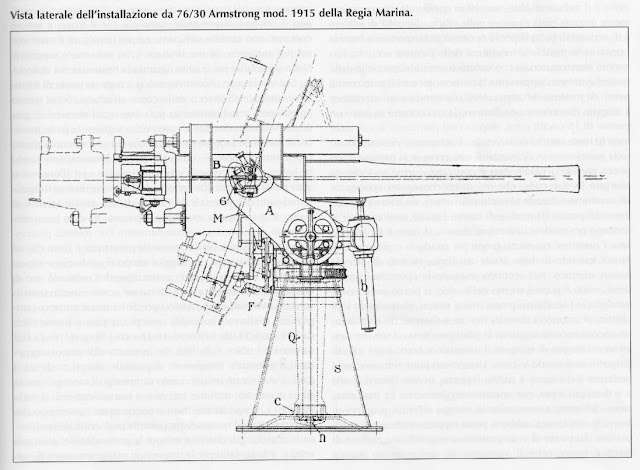 Regarding the gun itself, the web gives a much better result with this diagram helping the final layout. The crew used on these ones should have been the big Italeri 24mm artillery figures due to the models being a bit longer than they should. Unfortunately I had none of them anymore and had to use Esci conversions (Alpini skiers turned into Black Shirts), Waterloo and StreletsR figures. 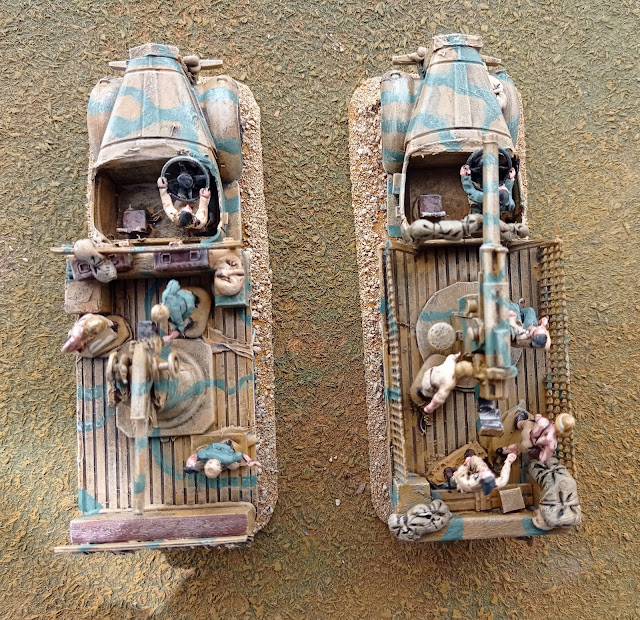 The internal arrangement of the two models was apparently different and mine came out like this.

The base models are from a very cheap pack from Aliexpress (10 one-piece trucks for a total of some 4 euros!). They are generical WW2 US trucks I presume. You can see to the right the original model and to the left the cut-out model used for these two models. The main changes are to cut out the cabin and the cargo sides and make a new front part of the engine. 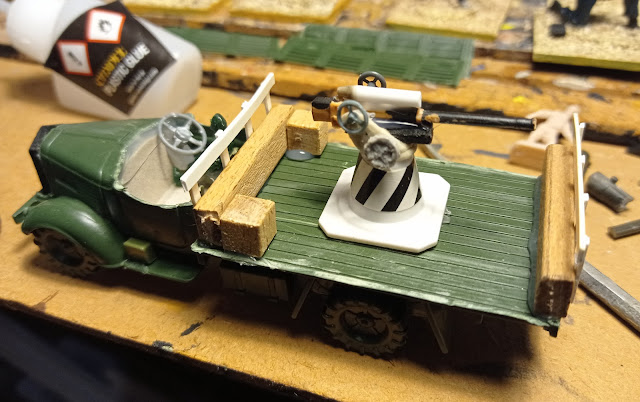 Here you see the different materials used on the 76/30 version: card, EverGreen plastic card, wood and bits of plastic to make the gun.

The 102/35 version was more complicated as the gun is harder to make, seats are arranged in a different position, side platforms and ground supports due to a heavier gun. 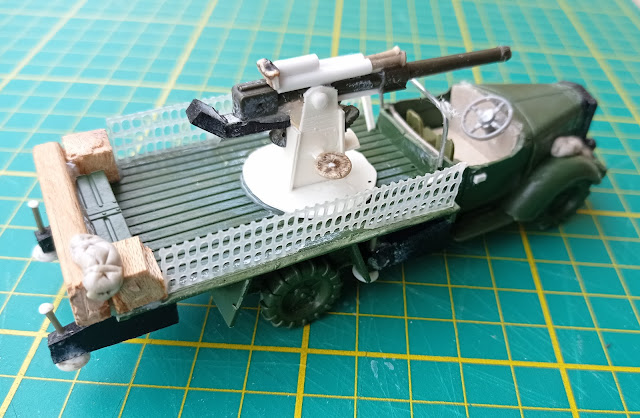 The wheel drive was a monstrous one and drive sprocket of a Tiger tank was used for it after some cuts.

Finally a family photo of the couple already crewed and ready to be primed.

Next: frankly I´m around plenty of stuff for the nowadays conflict in Ukraine but I think its of very bad taste to show it now with the events still going on. Lets hope it finishes soon so it can be part of history and we can play with it.

Posted by João Pedro Peixoto at 09:47