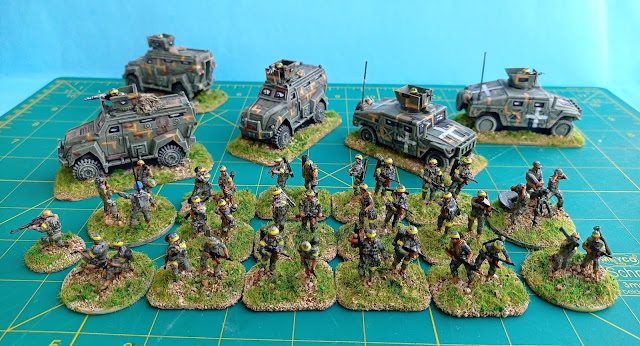 One more Ukrainian battalion on the shelves slowly trying to get equal to the numbers of the Russians. The infantry figures are more of the usual plastic figures and its usual conversions (Esci, Revell and Orion) but the most interesting are the MSL Shield 4X4 armored vehicles that you can find in Chinese shops and supermarkets. The idea here is to place each infantry company in the MSL Shield vehicles and the command and support companies in the Humvees.

In this picture I was still trying to picture the MSL Shield vehicles as the more usual IMV Kozak 2 vehicles with the double antenna at the front, but somehow its possible that a true accessible model of the Kozak 2 comes to the market (there are 3d prints but expensive) and that was left aside and the MSL vehicles idea stayed firm. Ukraine managed to buy (at least open information, with probable licence to build more) 11 of them from Italian TEKNE company with ex president Poroshenko´s money (he says...) and some crowd funding. The vehicles are on the service of the 79th Air Assault Brigade. You can find plenty of photos of them as Poroshenko flooded the web with its pictures, like this one: 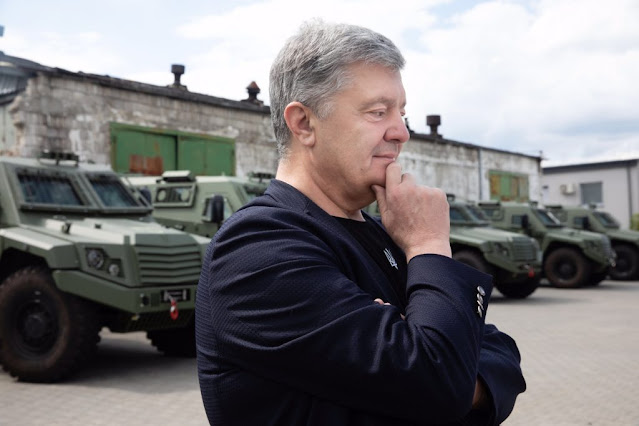 "Yes, I wish I was wearing that green uniform the small guy is using..." 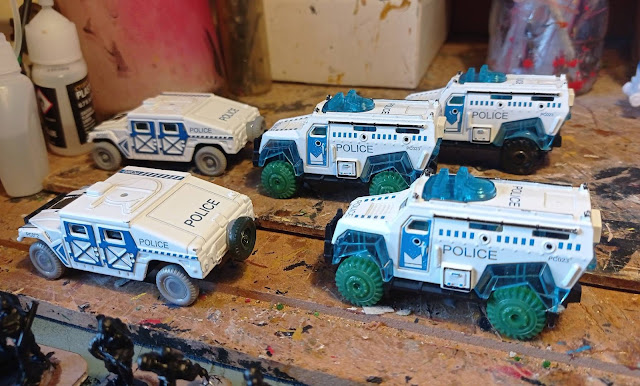 The MSL Shields and Humvees are the kind of Die-Cast toys supposedly 1/64th  scale but, I think and according to pictures, much closer to the  20mm size miniature and thus reasonable 1/72nd scale. Here you can see them with new wheels, surplus Hasegawa and Atlantic, and the top transparent plastic parts on the MSL Shields that need to be erased. They still don´t have the MG posts on top of the roof you can see in other pictures but important here is really to replace the Hot Wheels type of wheels by something bigger and more convincing. 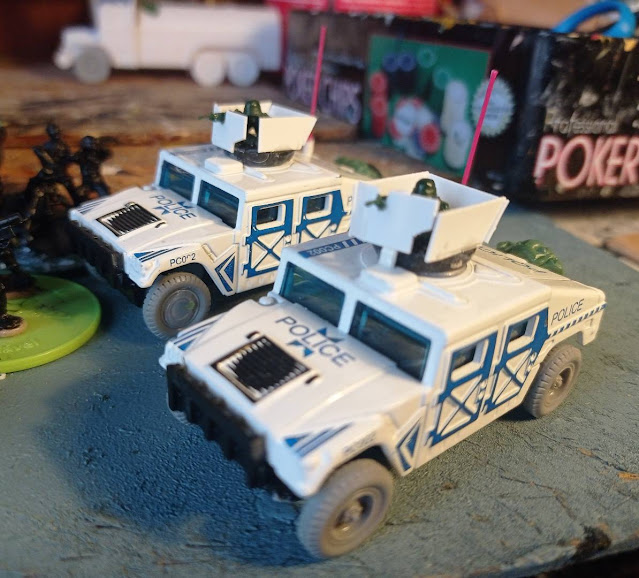 The roof MG posts on the Humvees are different from the MSL Shields ones and all are made from plastic card and a Revell lying down figure cut appropriately by the waist.

The delivered MSL Shields were all plain green but I camouflaged them in the usual Ukrainian digital camouflage for the sake of uniformity. An extra spare wheel was also attached to the right side. 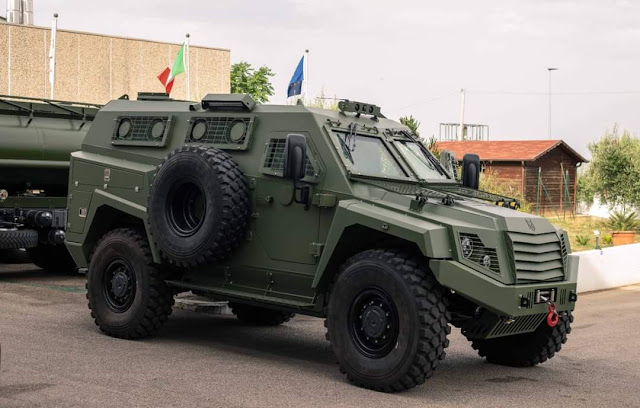 This is how they look nowadays. Eventually I believe they will be painted in the digital camo in the future. 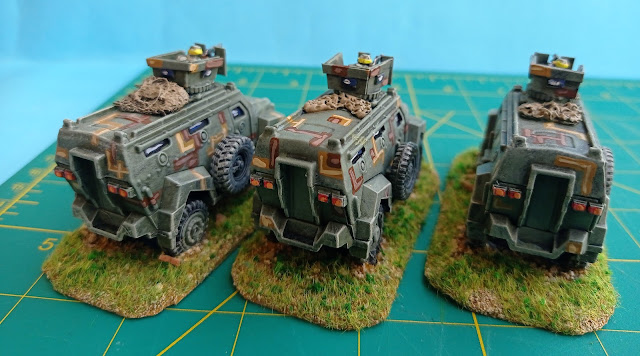 The camo netting hides the ugly cuts made to erase those transparent plastic parts in the original toy model. 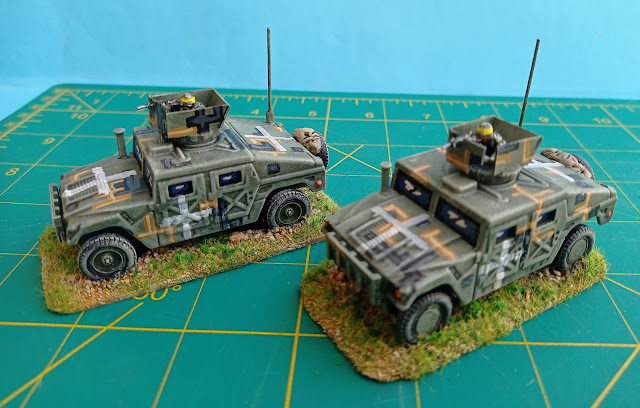 The Humvees got white crosses for the Kharkov offensive but this is no limitation as this symbol has already been seen in the Kherson area maybe due to the transferring of units from one area to the other. As extras from the original you can see the weapon station, the engine exhaust pipe, the surplus wheel and the antenna. 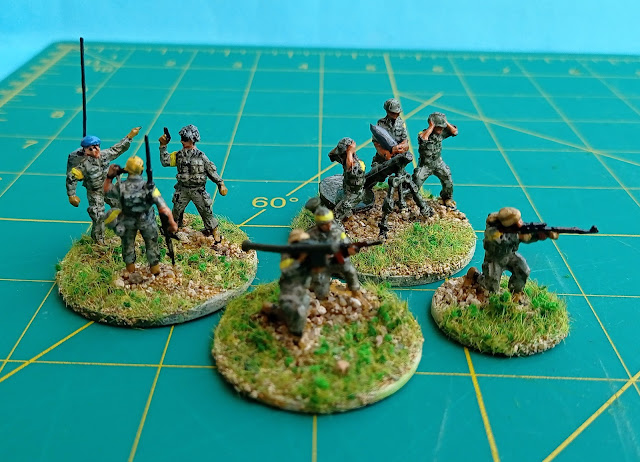 The command and heavy weapon's figures of the 2nd battalion are the usual plastic brands this time with yellow tape in the uniform and helmet.

An example of an Ukrainian infantry company with converted Esci (US infantry and NATO boxes) and Revell (German Paratroopers and PzGrenadiers) figures. The rifle armed figures got their weapons converted to the AK-74 with some cuts and the famous curved ammunition clip and an anti-tank RPG. The Ukrainians received thousands of them from their partners and nowadays you see many times each infantryman carrying at least one of those. As many of the bullet proof vest are also camouflaged I didn't bother painting them differently from the uniform.
Next: a return to WWI most probably
Posted by João Pedro Peixoto at 03:16