Stephen's division formed the first line at Birmingham hill when this all Virginian division rushed there to stop Cornwally's flanking manoeuvre. 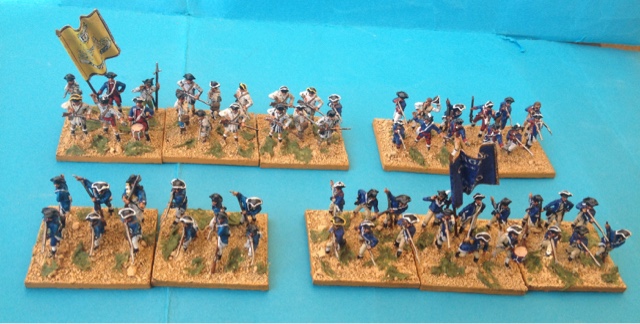 They are mostly the usual Revell and Airfix with some changes. The 11th regiment are those bold middle age guys and other with raccoon head dress from Revell wearing hunting shirts. All of them received hats and tricornes and are ready to face the British light infantry which are next in this blog.

The flag bearer and drummer from the 11th Virginia are made out of the same figure, the Revell British figure standing casually.

Posted by João Pedro Peixoto at 07:20