I know everybody was waiting for me to keep the promise of showing another chapter of one of the most important periods of wargaming: Georgia 2008 (its what I'm doing at the moment)! But instead my devious mind was left in the desert once more.

This time I'll show you some elements of the 82nd Airborne deployed in Saudi Arabia during Operation Desert Shield.

In fact, taking out the tanks, I use all three battalions to represent Mechanized infantry, Marines or Airborne troops as the uniform is basically the same as well as much of its equipment. Still some weapons are missing like the mortars and HMG's but in due time they will be added together with new battalions. 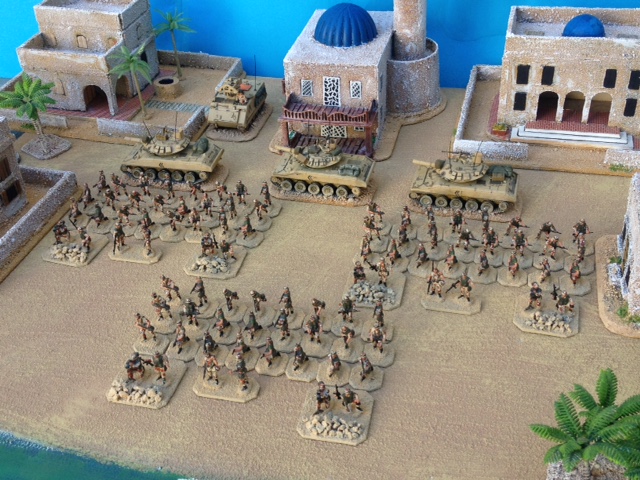 All figures are ESCI and the Sheridans are Airfix. 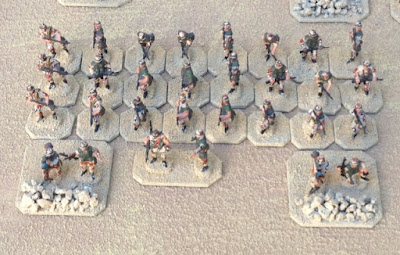 The DBDU camouflaged uniform is relatively simple to paint in spite of looking complicated. I only placed one or two blotches of Red Brown in each arm or leg and the same with the Black/White dots. For that the last picture shows it better.

Some of the infantry have the Olive Drab bullet proof vest others have the camouflaged version. Don't forget that about 1/3rd to 1/4th of all army personnel are Afro-Americans and a darker skin tone is necessary in many figures. 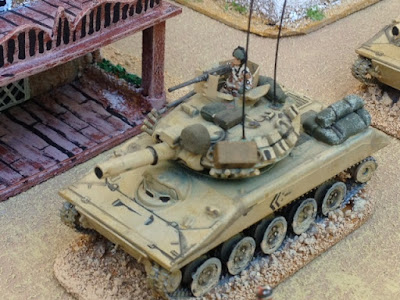 The M551 Sheridan of Airfix needs an armoured protection to be built in plasticard around the HMG position in order to portray the correct version used in the Gulf. The searchlight is another addition showned here covered in canvas. The figure is an old Atlantic figüre. 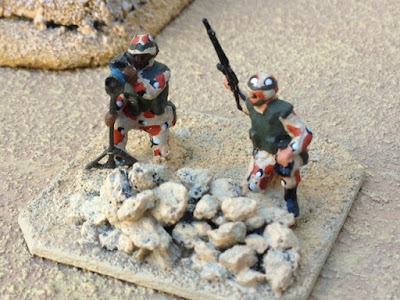 The Dragon ATGM was the main anti tank weapon of those days for the US foot soldier and ESCI made it a bit small but still reasonable.

Posted by João Pedro Peixoto at 17:31