Somewhere in South Ossetia (I can't precise the place as I also don't know) two battalions of 'Uragan' are ready to fire on Georgian positions... 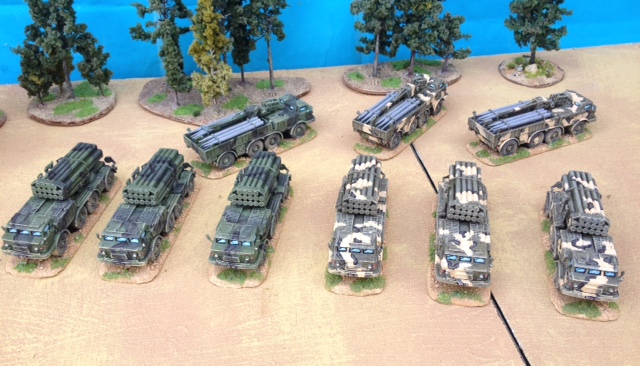 All models are repainted Fabbri models. Only the Transport-Loaders have its decks converted as you can see ın the last post. 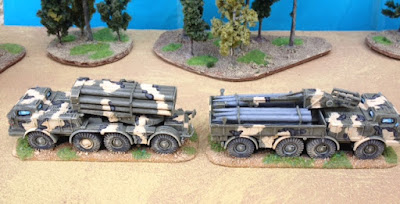 This is the way as the Uragan reload its missiles. The elevator on the 9T452 lifts each missile at a time making the entire procedure of reloading the 16 load of missiles very time consuming, around 20 minutes. More recent Russian missile systems have quicker missile reloading time. 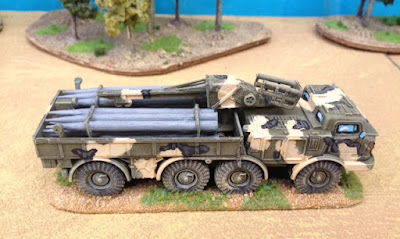 The BM-27 is a machine from the seventies and replaced many of the older BM-21. 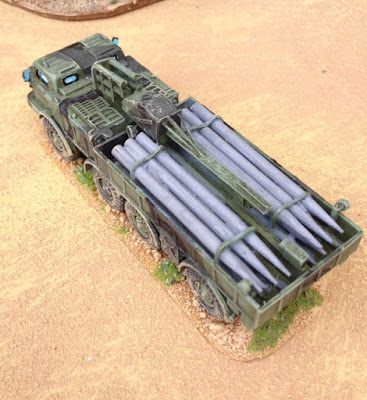 Here you can see to advantage the cocktail sticks that I used to make something like the 220 mm missiles. 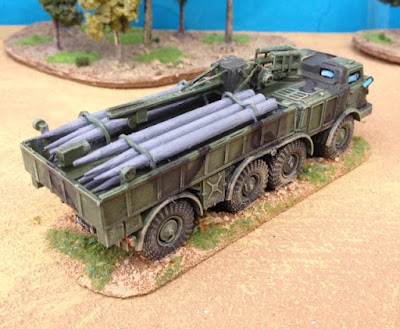 If I haven't been lazy I would have carved a decent missile and reproduce it in Press Moulding but I was too eager to see the final result. Like this each missile head became a little bit too pointy, 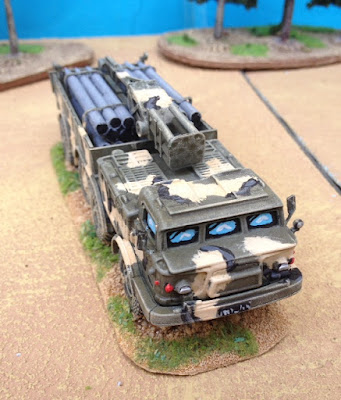 Next: something for these Uragan's to shoot at: Georgian Armour!
Posted by João Pedro Peixoto at 09:05