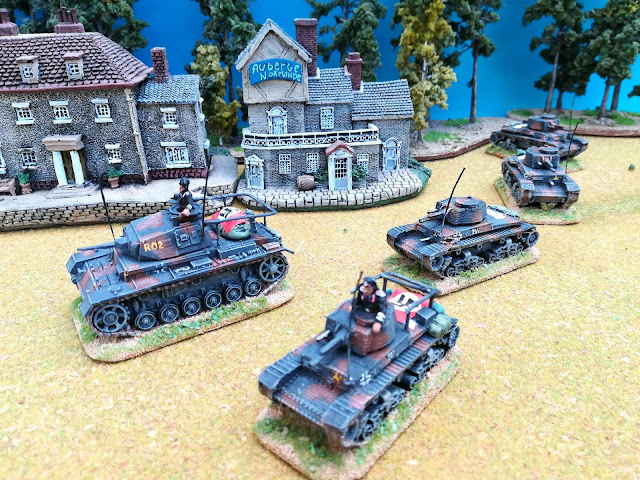 6th Panzer conquers the Auberge Normande and pushes the 75mm French battery from last post away from the table. Well this is my way of doing wargames, one level below solo wargaming...

The models are PSC based for the PzIIIE and BPM for the Pz35T.﻿ 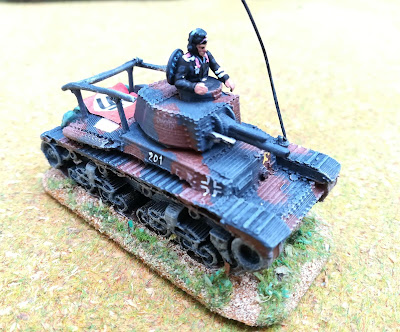 The BPM's are very  sturdy and efective models were even the Mg's are firmly attached to the model. This one became a command version with wire rear antenna. The figure is PSC. 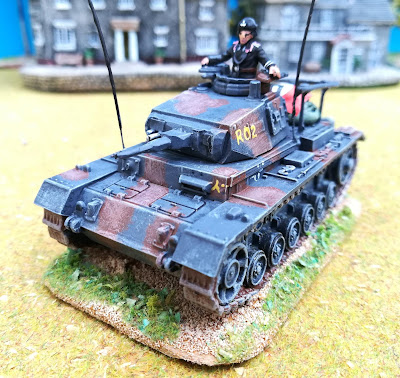 The PSC PZIIIG became a E version. A lot of carving and adding had to be made in order specially to change the 50mm into the 37mm gun. 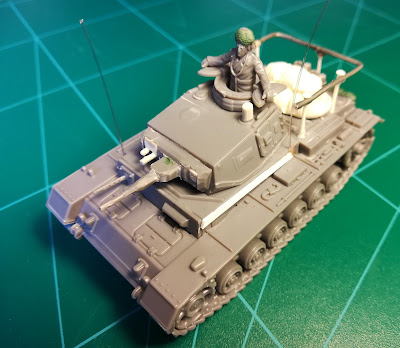 Here you can see the changes: the gun and mantlet was thinned down in a number of places; two Mg's were added to the right side of the mantlet and the periscope was added. In this picture the hull Mg is still there as well as the rim around the mantlet and gun. All these parts were carved out for the command version.

I have another group of six PSC PzIIIG to suffer the same fate and becoming E versions. 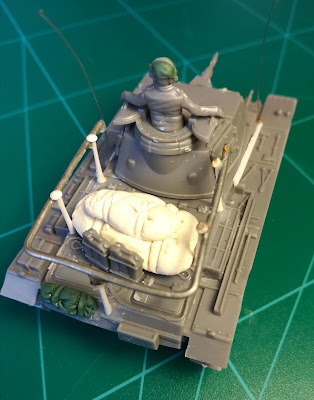 The rear antenna was made in plastic for the vertical tubing and wire for the horizontal part.

Next: a raid into the desert.
Posted by João Pedro Peixoto at 03:00