Rapid Fire! France 1940 in 20mm - More French Artillery for the DI and DLM

Two more battalions for the French artillery. To the left the wheeled 75mm are for the Infantry division and to the right solid wheeled guns are for the Mechanized infantry. All guns and crew are Hat Industries. 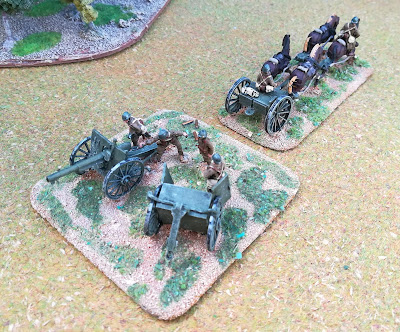 The guns come from the US WWI artillery set and the crew from the newer French WWII artillery crew. 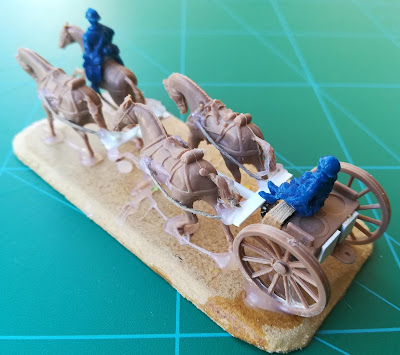 Hat is taking ages to produce the WWII limber so I used two limbers from the Airfix WWI British artillery set. The seat part was lenghtened, rear doors for the ammunition were added and a new axis was built from plastic card. Also some thin rope was used as harness. For joining all parts hot glue and super glue were used

The size of these sets is the same I used for the Irregular Miniatures ones from a few posts ago for the sake of uniformity. 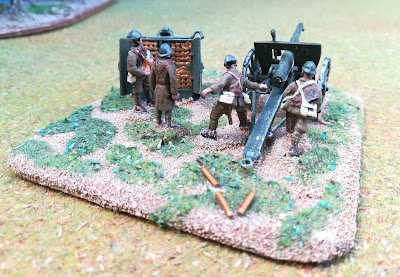 In two stands I used one Matchbox French conversion from the figures which go along the Char B1bis and Renault FT-17. The figure is 1/76th scale and a taller base was used so all figures are the same size. 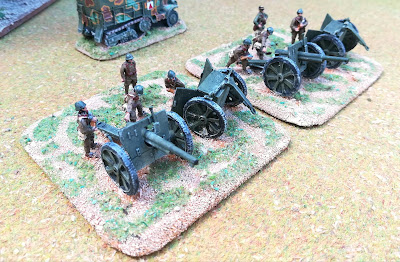 In the box  of the Hat French artillery there are some four nice solid wheels for the 75mm gun. The other four you see in the pictures were casted from the original ones up to a total of eight. 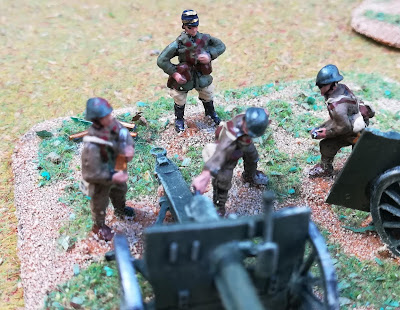 The figures are very nice and active and Hat thought about everything. There are extra solid wheels for the guns  and even seated and horse riders for the limbers. The seated figures are also good for any French vehicle and portee infantry.

Next: More limbers and tractors for the 1940 French artillery.

Posted by João Pedro Peixoto at 01:35