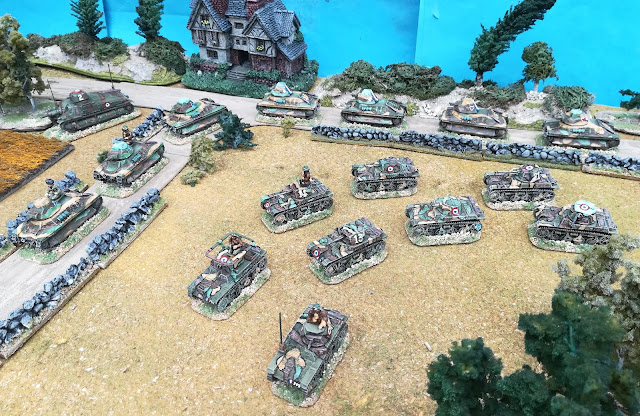 In a place called Carrefour-de-la-Belle-Maison (please don't look for it) the French try another counter attack in June 1940 with the remnants of its two battalions of FCM 36 and several GRDI AMR-35. All this happen in June obviously because of the presence of a late SAu 40 in the top left corner freshly arrived from the factory... 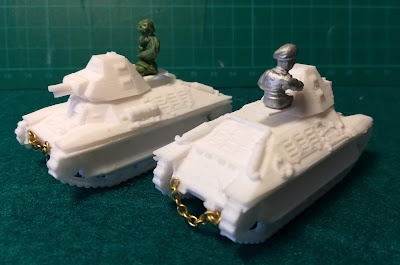 All models are 3d prints from the new Portuguese brand MiniGeneral by Sirocco. The FCM 36 is a beauty with only four parts. I added the usual figure in a few of them and some chains both in front and back as usual with this tanks. 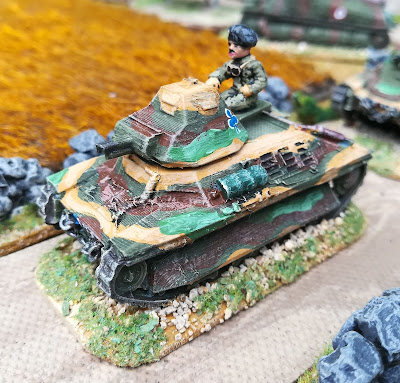 The painting of this lot is inspired in the Trackstory No 7. The figure is Lancer. 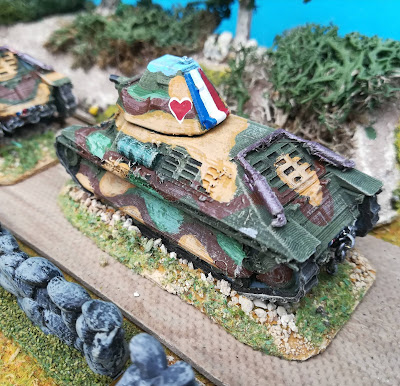 The French flag was seen in these tanks in the rear door/commander's seat. 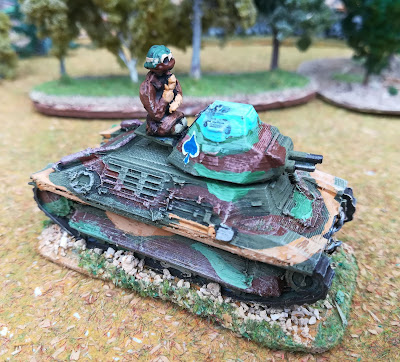 In other tanks the figure is a GreenStuff copy of the Skytrex French tank commander. 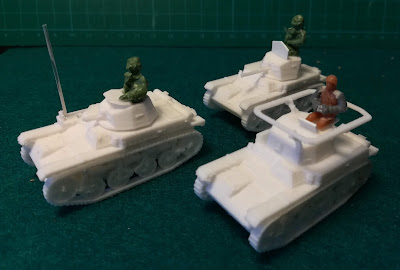 Same for the AMR 35 seen here in three of the variants. Small additons are the vertical antennae and open hatches. In fact the one to the left doesn't need it as it is a command variant and has its own separate hatch. 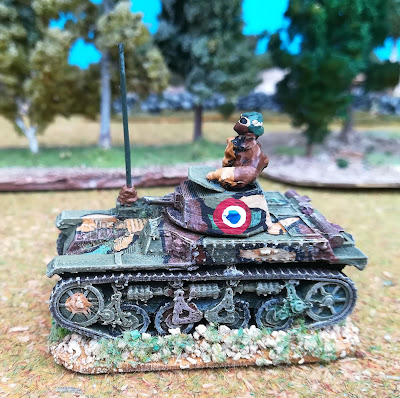 You can see clearly the rivets on this AMR 35 which means that these 3d prints are getting better and better. 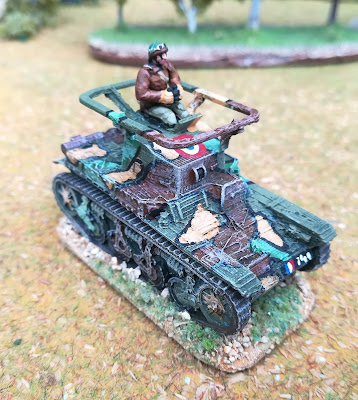 The ADF version received the old Matchbox crew man with new arms from PSC. The antenna is a separate part in this model. 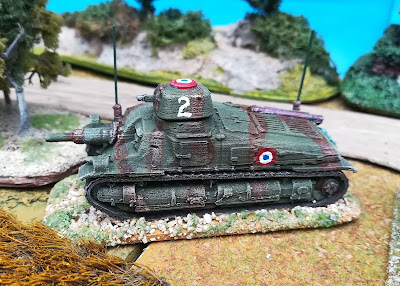 Finally the SAu 40. Also four pieces with all detail and proportions inside. Since the news of its usage in combat (by at least one SAu 40) we have the perfect excuse to have it!

Posted by João Pedro Peixoto at 13:06