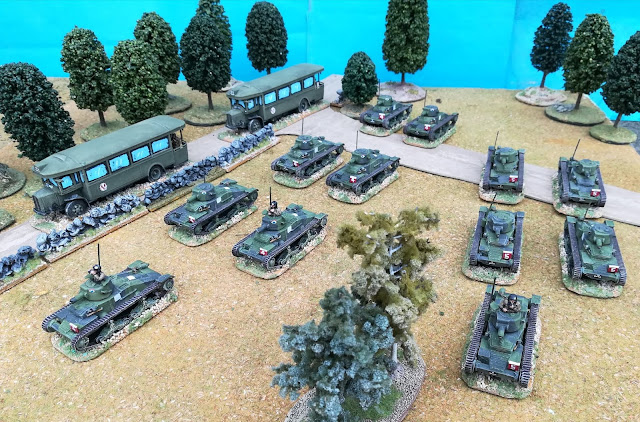 Somewhere close to Arras the Brits and the French finally managed some sort of coordination for the attack of the Frankforce. All A11 here are MiniGeneral, the new Portuguese brand of 3d prints and the Renault TN6C2 are Atlas Die-casts. 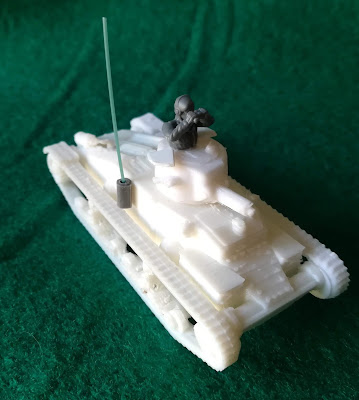 The A11 from MiniGeneral is a beauty with only four parts, turret, main body and tracks. I only added a commander and hatches to three of them and an antenna. The model has all the important details engraved in a tough and durable plastic. 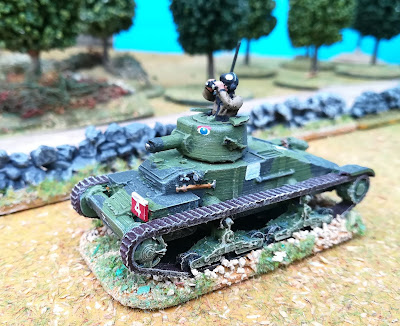 Later I also added the unit square, with the '4' for the 4th Royal Tank Regiment and the '5' for the 7th RTR. In this batch of MiniGeneral models I used a softer primer than the grainy GW one I used on the Char D-2's and the painting became much smoother. Still some printing lines are visible but only if you get very close to the model. 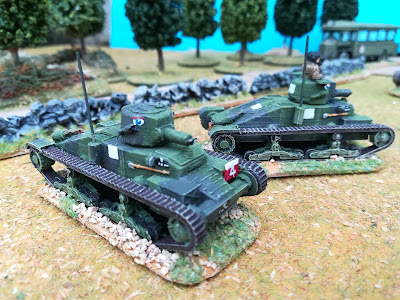 The 4th RTR has the Chinese eyes from WWI heritage. When the Chinese labour force was building the Mark tanks in 1916 they painted eyes on them so they could "see". The 4th RTR kept that practice when embarking to France. 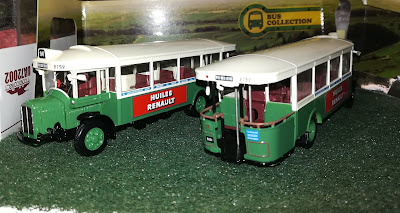 Well, quite a Chinese related post this one as not only the A11 had Chinese eyes but also these Atlas buses came from there. They started their life as civilian TN6 and had to have a complete repaint in French Army Green after priming. 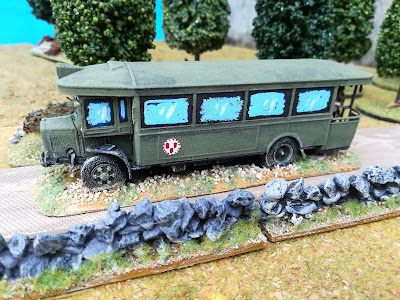 I added some usual hand painted symbols I took from the internet but left the buses with no camouflage. There are images of camouflaged TN4's but could not find any for these bigger ones. 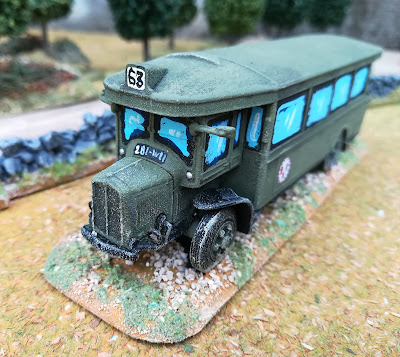 These buses were used to carry all infantry but they will be attached to my 4th DCR as their Chasseurs had to rely on these ones for transport. 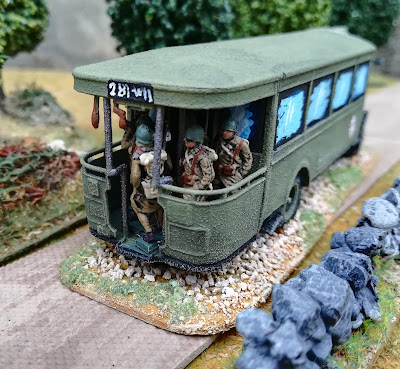 I packed the rear of the two buses with a total of 12 Matchbox fıgures in the same position. They were placed in slightly different positions for more animation.

Next: More MiniGeneral or the promised T-34 1940 (conversions from Matchbox and Esci).
Posted by João Pedro Peixoto at 15:31