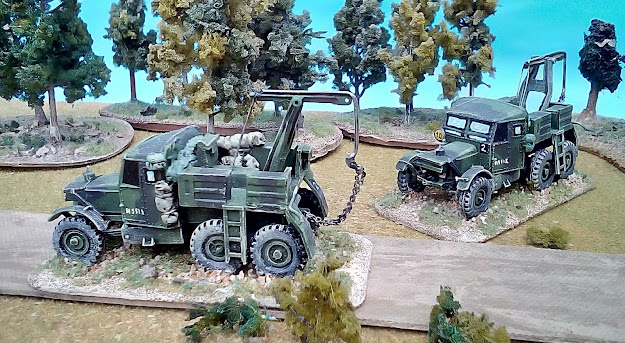 Two Scammel SV1 are called to the disastrous battlefield of Huppy not far from the Village of Cantona, a funny little place in Northern France were a small community of English people from Leeds and Manchester still lives.
The Scammel SV1 was one of the main recovery vehicles used by the British in France 1940, together with the FWD R6T (AEC 860). A little bit more than 40 SV1 were built and many were lost in France. There are a few pictures of the SV1 in Europe in German hands but no Scammel SV2 which indicates that this last one was not sent to France (several were captured by the DAK in North Afrika though). That caused me a problem as I have the 1st Armoured Division close to an end and the 1st Army Tank Brigade finished and still no recovery vehicles for the RAOC. I dont know any model of the R6T and the 20mm size models of the Recovery Scammel that I know of are SV2s (Milicast and IBG). As I had two spare Airfix Scammel tank transporters I decided to make my usual conversions to get the BEF/1st Armoured Division Scammel SV1. 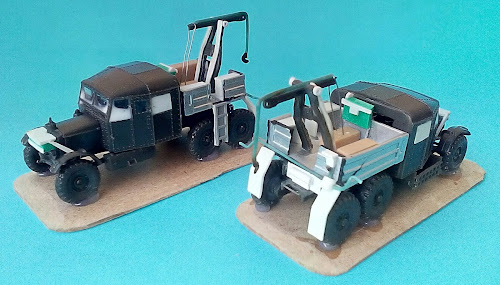 After looking for the scarce information on the web about this vehicle I was pleased to have a number of nice photos of the Scammel SV1 sent by other modellers and wargamers. 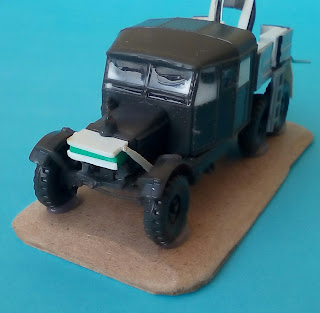 The crane is different from the one in the later SV2 and everything above the 2nd and 3rd set of wheels had to be made from scratch as well as some new details at the front. 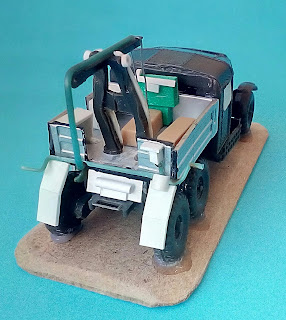 When I arrived at this point I was quite happy with the result: The Airfix model is not the easiest build but in a few hours I managed to put together the two vehicles leaving behind the ramps of the original models. This is the problem of "a few hours" because disaster unfolded at this stage: My Elves (as Thompson ArmyBiscuits calls them) warned me that the rear part of the cabin of the Scammel Tank Transporter doesn't exist in the SV versions. F***** I thought (its not "Fuck", its "Foda-se", which is the same in Portuguese)!  I needed a recovery vehicle to recover these two!

So no images of the process of converting a conversion (as they would be easily censored) but just the final product. The way to detach the third part of the cabin involved a soldering iron and lots of X-Acto cuts, broken parts and re-gluing. In the end the ugly scars were covered with stowage and they became reasonably accurate models . 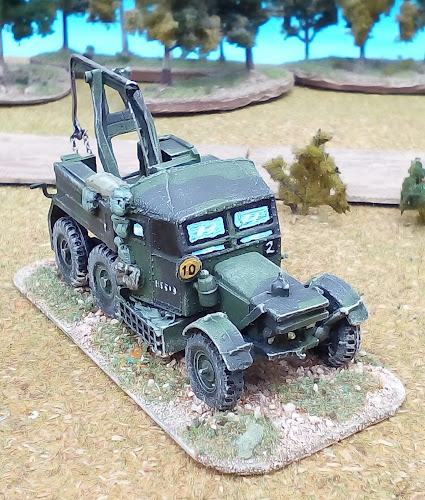 The painting was my usual two tones of green and lots of doubts as the number 2 in the arm of service is just a supposition as well as the 10 for the bridge classification. 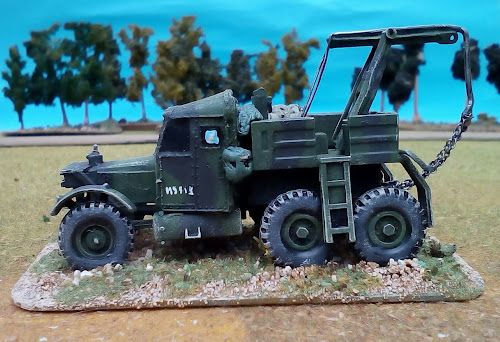 So now each one of them will go to the RAOC detachment of both 2nd and 3rd armoured brigades of the 1st Armoured Division. If I follow History they will have plenty of work to do! 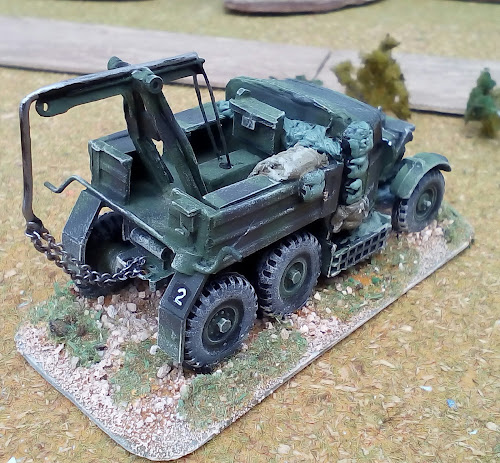 A few parts of the interior are probably not correct. This is a tall vehicle and not easy to photograph in its cargo part. Besides most of the existing photos are the ones in German hands already with some parts changed.
A big Thank You to Sally Gardner, Ken Hanning and Richard Baber for all the precious information.
Next: still WW2 for sure.
Posted by João Pedro Peixoto at 14:47