Rapid Fire! Sicily 1943 in 20mm - The first battalion of PzGrenadiers of the FPD 'Hermann Göring' 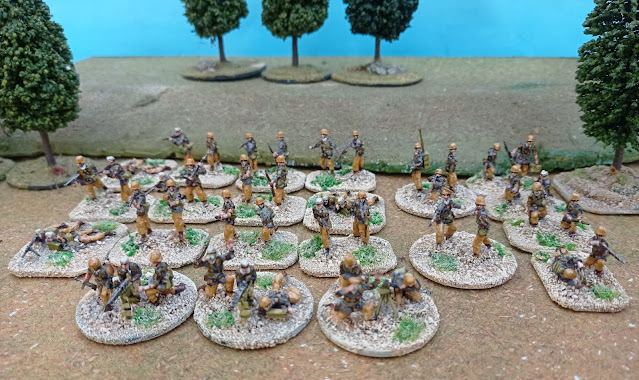 On the news of the Allied landings the I. Bn/Grenadier- Regiment 1 joins at the slopes of  Monica Belluchi hill(s) and prepares itself to drive the enemy back to North Africa. 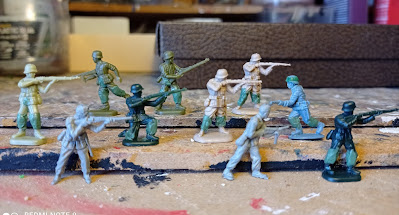 The figures are all soft plastic figures from Esci, Atlantic, Airfix/Chinese copies, Revell and Matchbox. All figures had some kind of modification: the ones with original Feldmutze had it changed to the usual HG side cap and all trousers with boots had a bit of EverGreen for them to look like the larger and looser trousers used by these units. 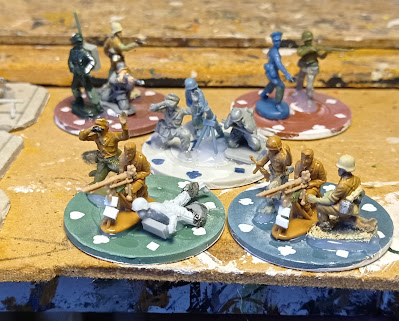 The MGs 34 were a bit more complicated. The firer and tripod are the very old DAK Matchbox figures with the much nicer Revell barrel and a few more details. The mortar is also Matchbox (with the outer ring cut off) and converted DAK Airfix commander. 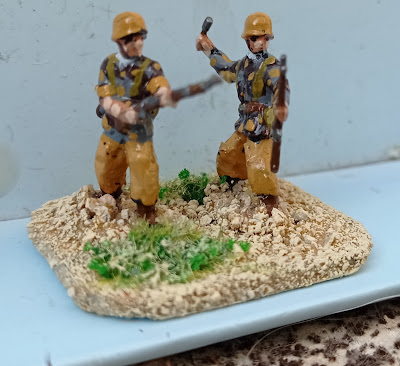 This battalion had its coats painted in one of the numerous SS camouflage smocks used by the HG PzGrenadiers. I will do two more of these battalions (only 3 saw service in Sicily) and they will be painted in another SS scheme. 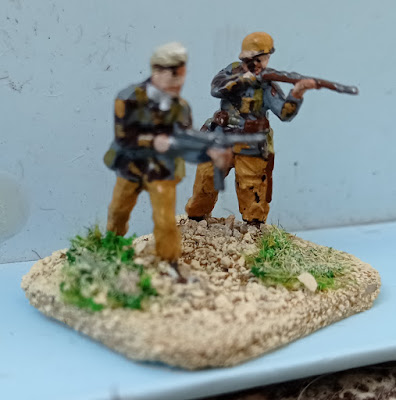 The MP40 firer managed to bring some ashish from Morocco and is still under its influence. This is one of the figures with a hat change. 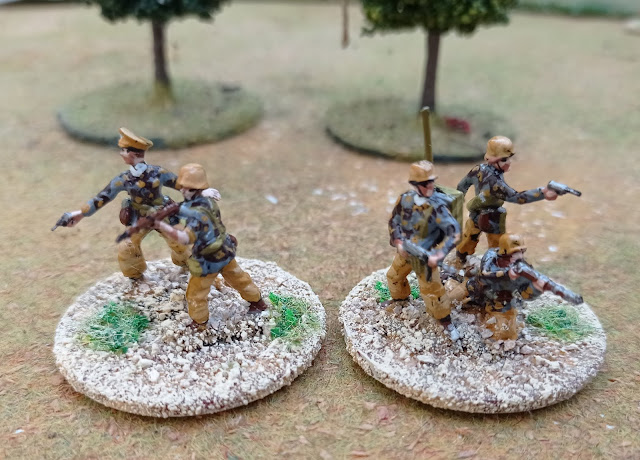 The command company got some bent arms, torsos on different legs and a radio on the back of one of the figures.

The weapons company already painted with plenty of conversions that can be recognized from the time of dry mud sent against plastic miniatures on the back yard. Now I got slightly more civilized.

A full company of Grenadiers. 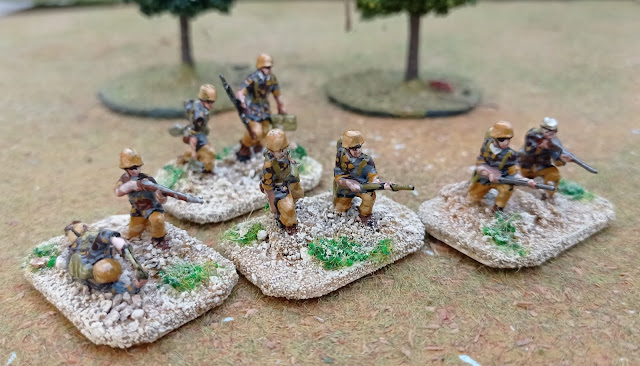 Lastly, the first of the three companies of the Pionner battalion of the FHG division.
Next: one more of these battalions, Epic and Kallistra ACW or some more German tows.
Posted by João Pedro Peixoto at 14:41