As this is Italy I should start with these miniatures in some place called 'Monica Belluchi' but, as I´m in love with her for some 25 years at least I will let that stupid remark aside as a sign of respect ... even if respect is not exactly what I think when I see Monica...
The Fallschirmpanzerdivision 'Hermann Göring' was an interesting Panzer Division. It had three tank battalions each of them equipped with a different tank: the I Abteilung had Pz IV, the II Abteilung had Pz III and the III had Stug III. Also the 14, 16 and 24 PDs had this planned structure after its destruction at Stalingrad.
As both I and III battalions are easily done with models from other units I had to make the II battalion due to its particularities: first I couldn´t use the Pz III M from my Kursk project due to them having side schuerzen and second the ones from HG simply had the dunkelgelb painted and no camouflage. Another interesting aspect was the absent crosses, typical of most of Germany's AFVs. Also the uniform of the HG tankers had some particularities. 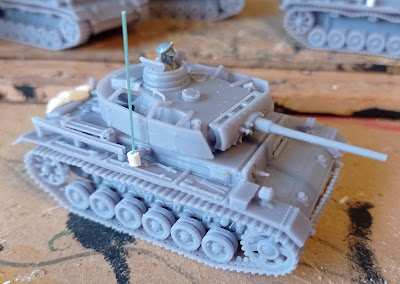 The models are the great 3d resin prints of Mário Laranja. I asked him to make this group of Pz III M only with turret schuerzen. I couldn´t find a definitive answer to the reason for the HG Pz IIIs not having the big side protections. It´s true that the AT rifle was not a big threat in the West as it was in the East, but there were Bazookas, PIATs and 57mm and 37mm AT guns that the Germans knew about. But maybe the small Mediterranean roads sided by tall stonewalls in many places or even the tight roads of Sicilian  and Italian villages  forced the Germans to discard them.
This level of detail is made with only three pieces, hull, turret and a piece of track to be placed in the front.
The only additions were a crude plastic cylinder to insert the antenna, the figures and some stowage. 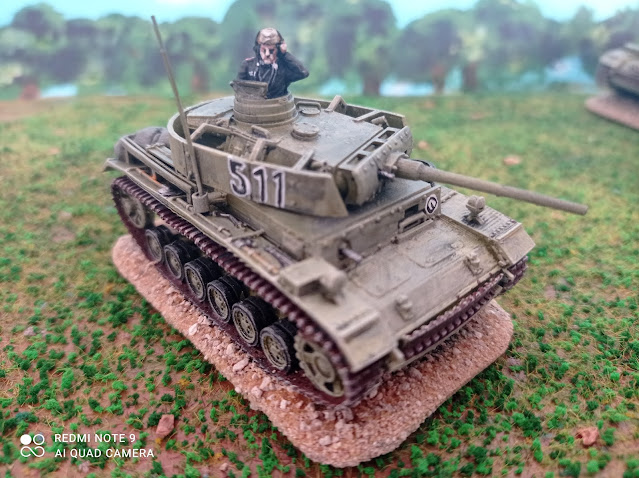 Painted at the front you can see also the interesting way to mark each company (not only of the tank regiment but of all the HG division) with a clock in which the hour represents the company.
The Panzer crews used mostly tropical items mixed with the normal uniform so I mixed a tropical cap with the usual black uniform. 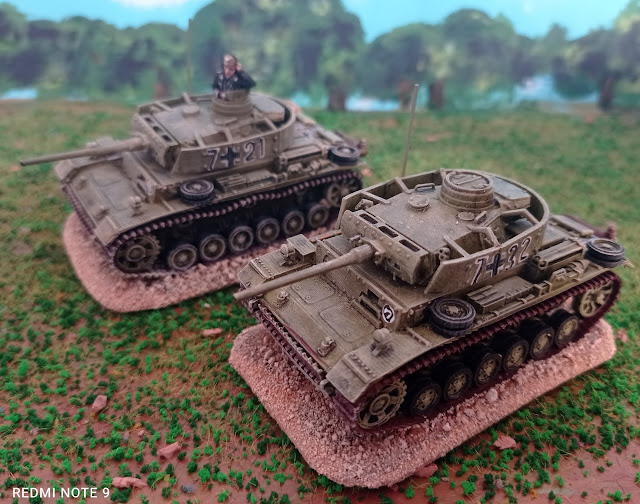 Can´t really be sure about this one. The 7th tank company had a few Pz IV (hence only two Pz III in this one) and at least one had painted crosses, so I used them also in the other tanks of the company without being certain about this choice. 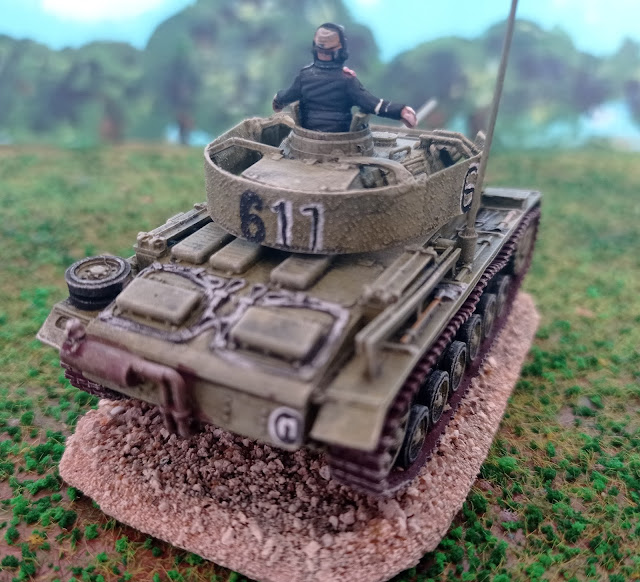 The 6th company had a black '6' in the rear turret as a specific mark of this company. 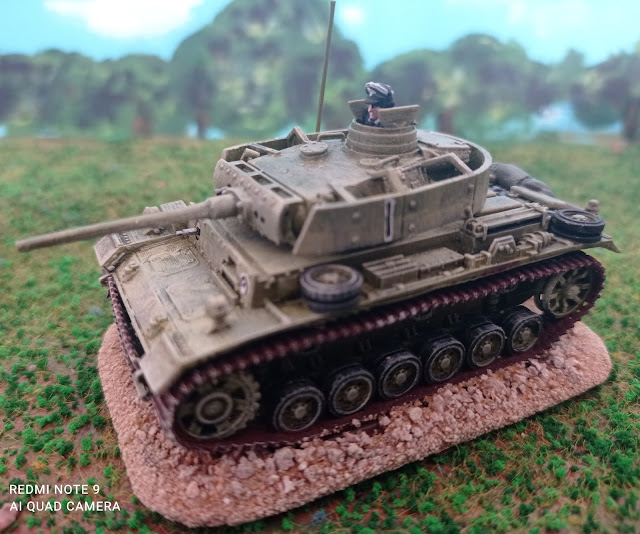 I couldn´t find a specific image of any of the II battalion´s commanders tanks so this 'I' is just a guess.
Most of the information used to paint and model these tanks was taken from the great Firefly No 3 about German armour in Sicily.
Next: maybe some Sdkfz 11, a new video or something else. Stay tuned in the best blog of Travessa Moura e Sá, No15, Coimbra!!!
Posted by João Pedro Peixoto at 12:53