A few more German vehicles for several periods, Blitzkrieg, Barbarossa, Western Desert and 43-45. Most of them are my friend´s Mário Laranja Resin 3d prints and the rest is MiniGeneral and S-Models. 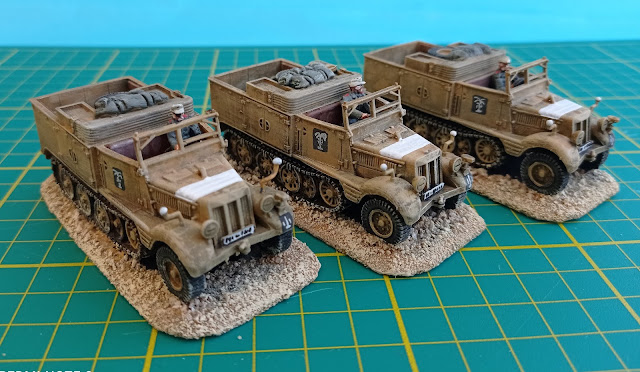 A few more Sdkfz 11 for towing the 75mm and 105mm guns of the DAK. They can also serve for the tows of the HG in Sicily if you ignore the specific symbols and markings. 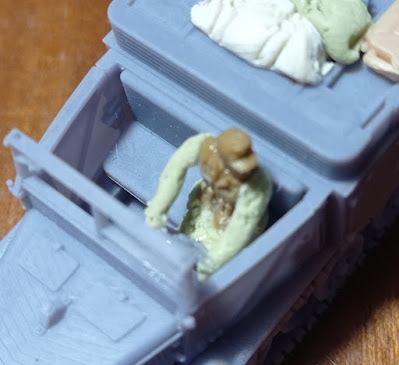 The drivers are my usual soft plastic torsos with Milliput arms and legs. This one is from the old school of Bodybuilding in which only one of the arms was worked out (the one necessary to punch someone). 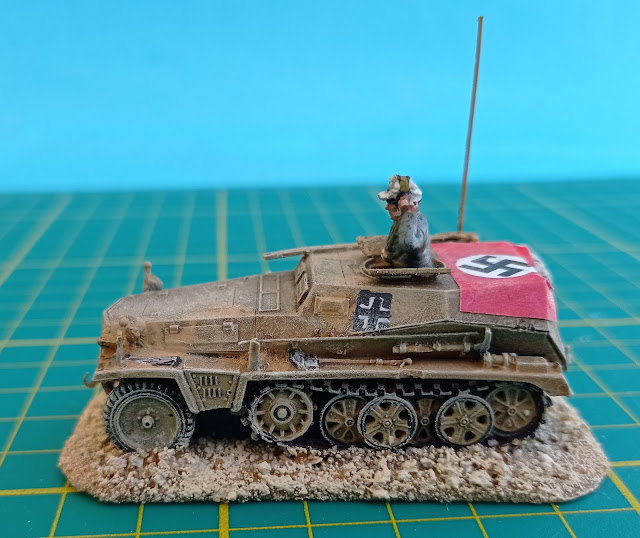 This is the S-Models Sdkfz 253. The usual plastic and photo-etched parts gives an incredible detailed result. The figure is PSC. 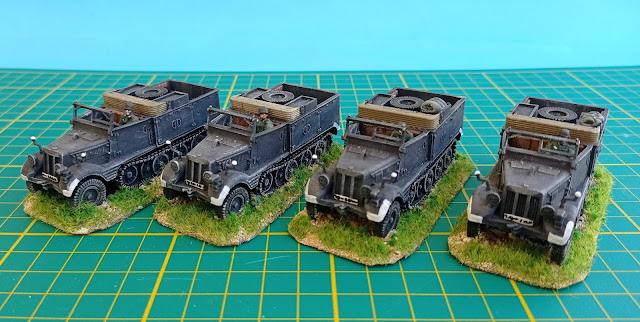 More Sdkfz 11 for the Panzer Grey period. The original period of these is France 1940 but they can go up to the beginning of 1943 if you ignore the green jackets of the drivers. 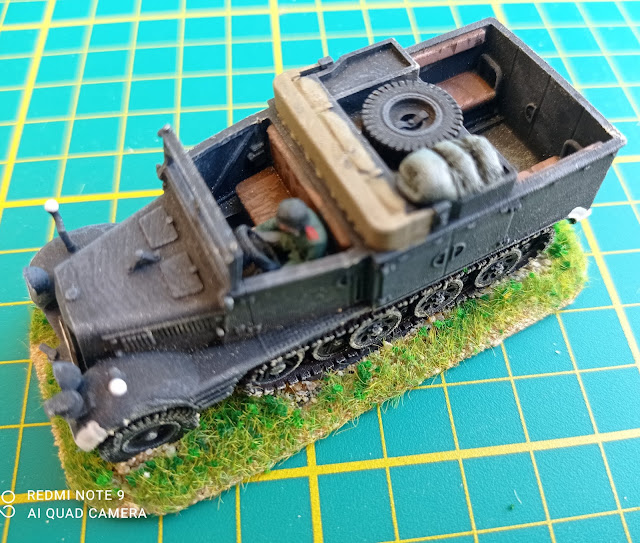 Nothing was left behind on Mário´s design of these models as you can see from the very complete interior. 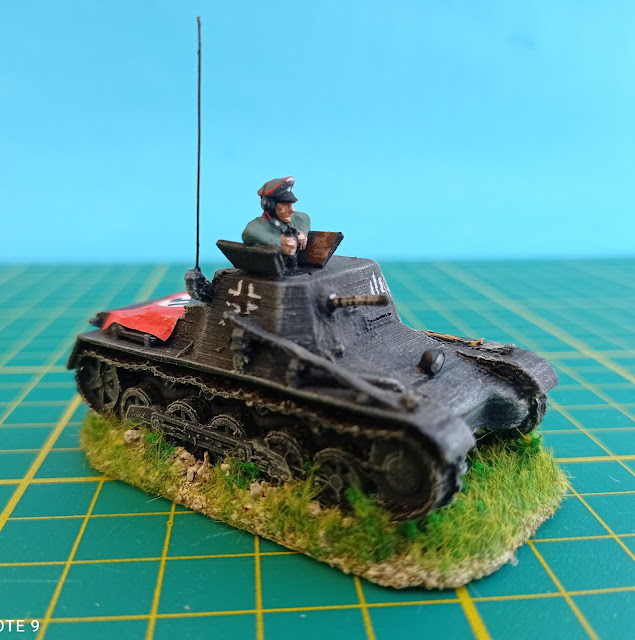 This Befehls PzI PLA 3d print from MiniGeneral  will go to the artillery as a FO. The PSC figure got an artillerist uniform in conformity. 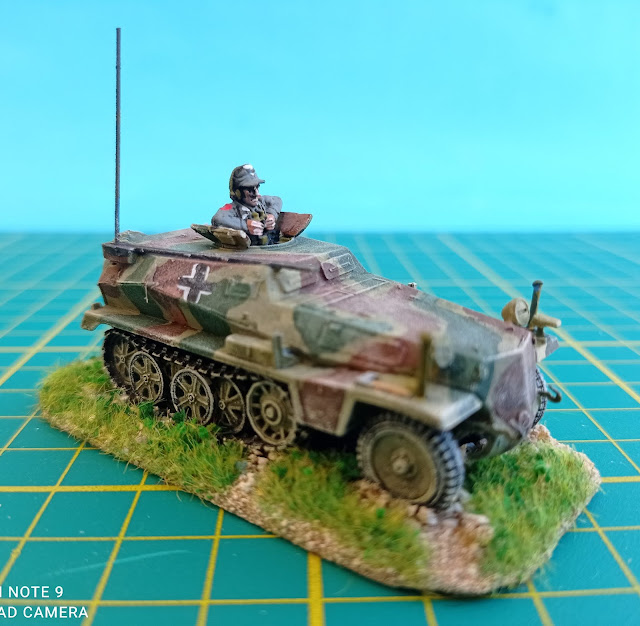 The other S-Models Sdkfz 253 was painted in the 3 colour camouflage and it was the last model I needed for the Seelow Heights book by Steve Shann. 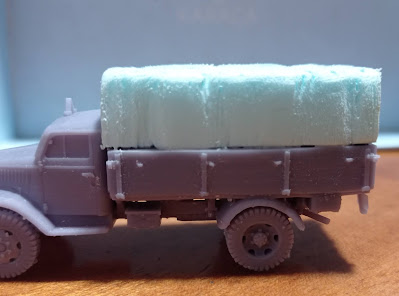 As a gift in Mário´s last parcel came this Opel Blitz.  A bit of Blue Board was used as the truck´s canvas cover. Don´t forget to cover the Blue Board with PVA before aplying the primer. 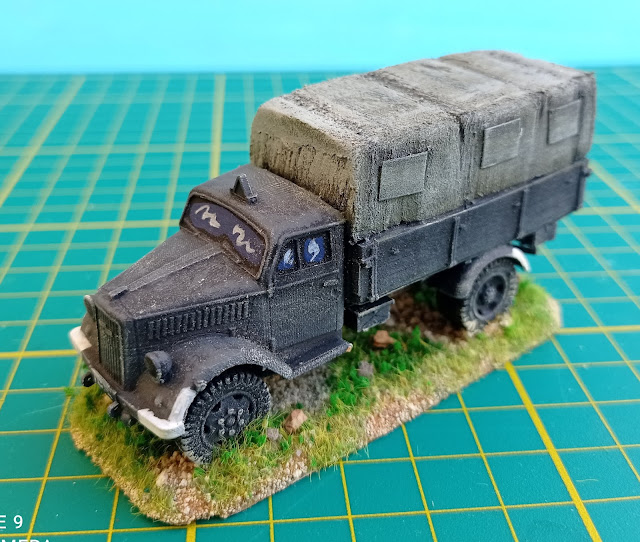 Mário is a true artist! (I need to grease him as much as I can for obvious reasons!...)
Next: more of this series or a jump to France 1940, Eastern Front or HG in Sicily.
Posted by João Pedro Peixoto at 08:03