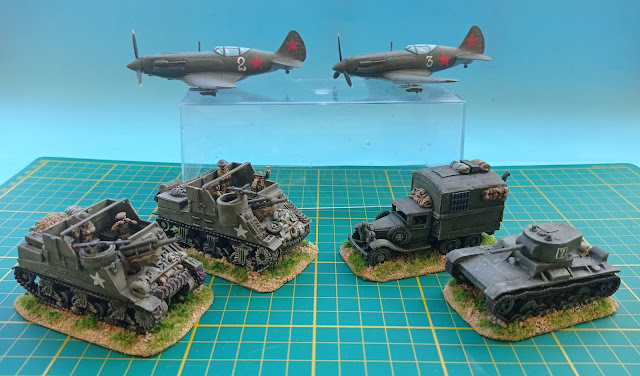 One more episode of this series that already became your favorite for sure. This time a few details and numbers for the allies, both British and Soviet. Also a few more German dead markers for my next game that will have plenty of infantry.

Super Mário offered me this Gaz AAA. It has the rear part with a big miss print so something else had to be done. 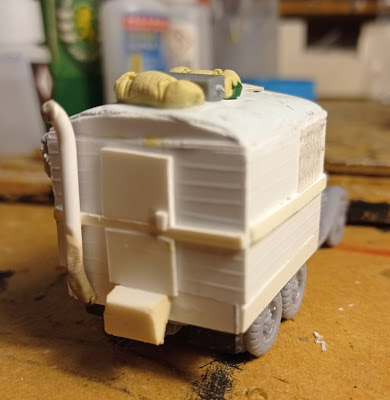 In Shann´s Seelow Heights book the command version of the Gaz AAA shows up from several perspectives. Command vehicles are the typical vehicles for this series that is concentrating on small details, sometimes unnecessary ones. 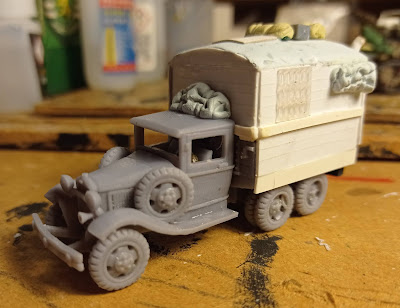 The only change is the big box at the rear made from plastic card and Milliput. 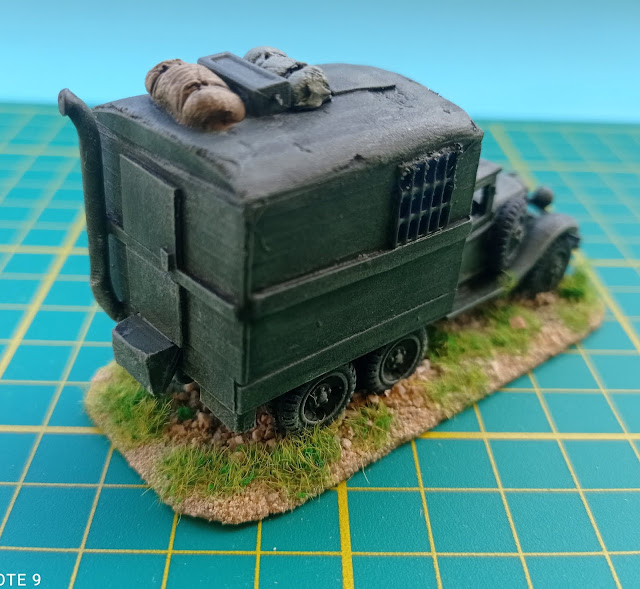 The usual stowage and boxes were also added, specially on the roof top which also helped to disguise some flaws. 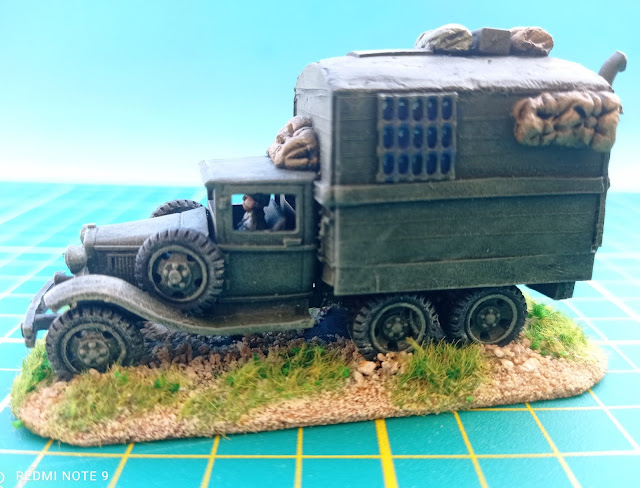 In the end you get a reasonable Soviet command vehicle which would´t be difficult as the base resin print is a beauty. While looking to the stash I remembered mating the chassis of an early surplus MiniGeneral PLA print Polish 7tp with a Minairons leftover  T-26 turret in order to get one more complete T-26 for Barbarossa. The holes of the twin turrets were filed with hot glue and one of them was drilled for the turret to swirl around. 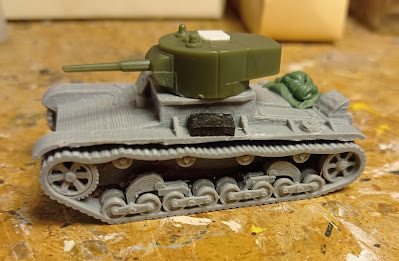 A few boxes and stowage were added and the model was built. 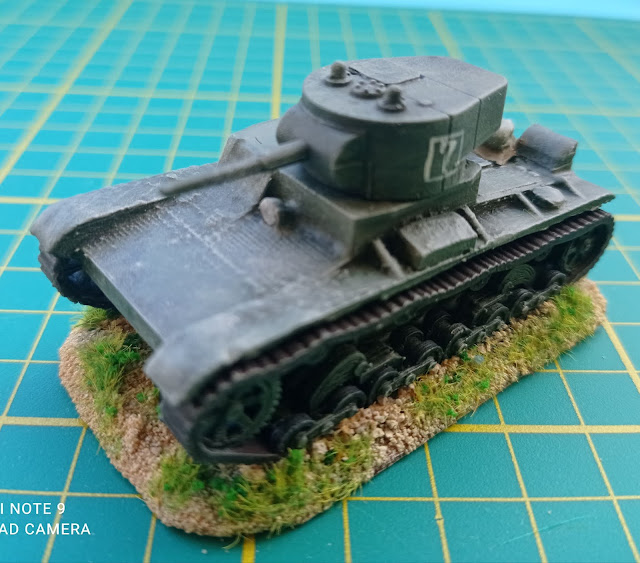 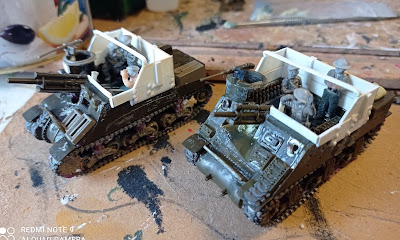 Another conversion of the week was this pair of M7 priests in British service. They have the wading system used on D-day and will be used in Don McHugh's latest RF scenario, Breakthrough to Lion-sur-Mer. The models are Matchbox and Fujimi but many parts were interchanged. The white superstructure was made from plastic card and the crew are the original figures with Valiant British heads. 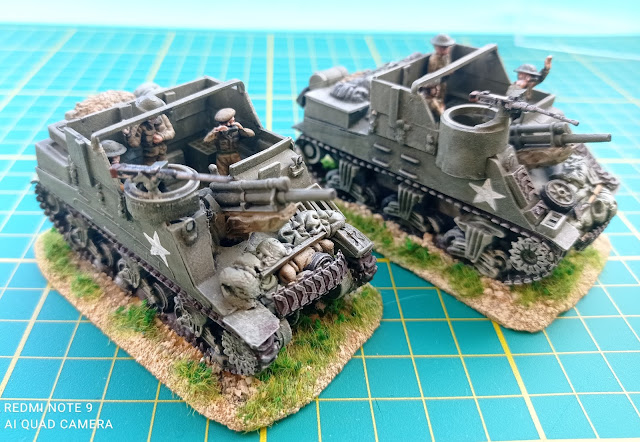 Both are 1/76th scale and even if slightly different ( the Fujimi model is the B1 version) the added superstructure helps to unify them. 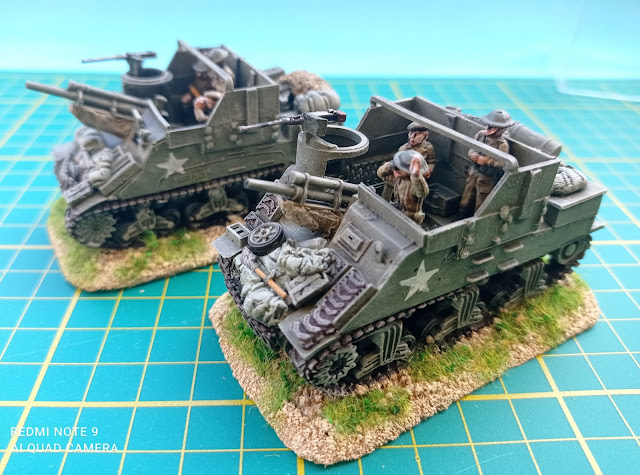 Can't say this picture is an original, right, Don? 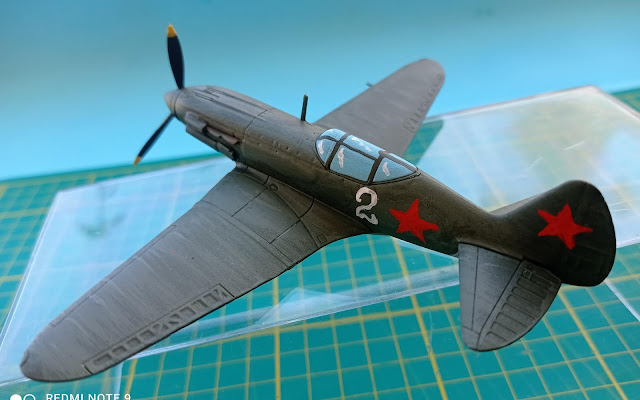 Two more fighters were added to the Barbarossa VVS, namely these die-cast Mig-3 from Luppa. I still didn´t have any of this important model which was one of the more numerous in the 1941 summer. 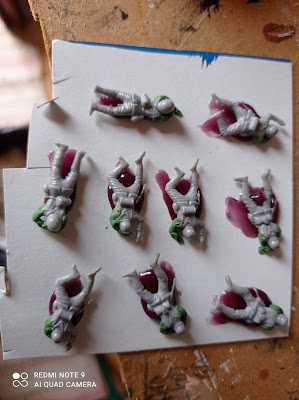 Finally, a few more German casualty markers were added. The figure are hard plastic Hasegawa with added arms in GreenStuff. 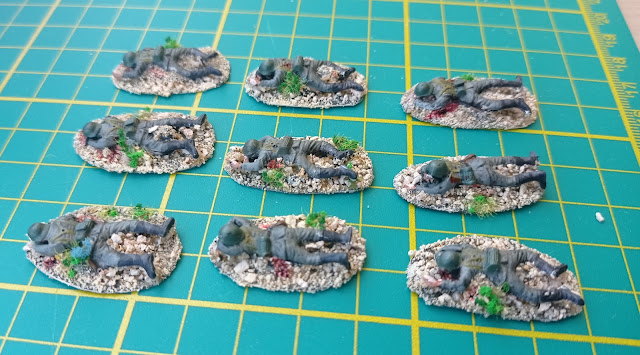 The poses themselves are initially Mg-42 and Mauser firers but as many have the face down they became reasonable casualty markers. 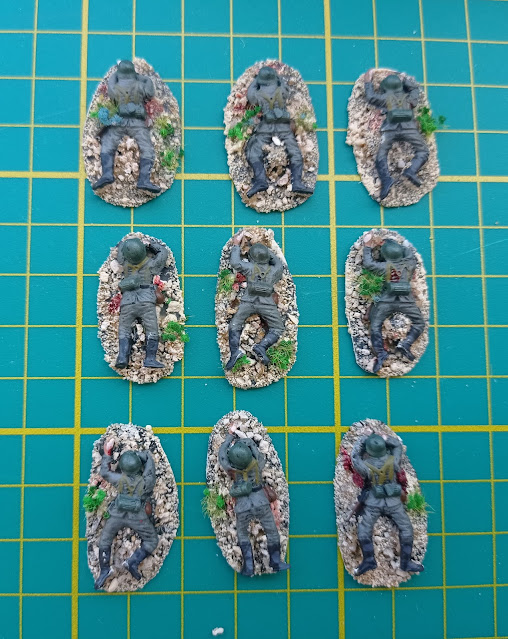 The blood stains are pretty convincing as they come from a GW reference called 'Blood for the Blood God'... what else can you ask?...
Next: Carentan in 20mm. One of the best pieces of modelling I've seen in my life made by Super Mário and offered to me a few days ago.
Posted by João Pedro Peixoto at 11:58