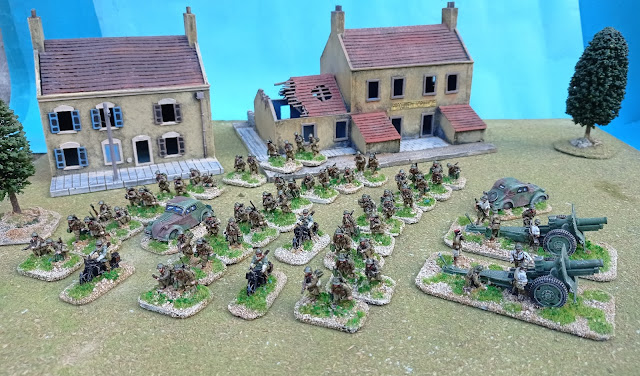 Exiting the village of Didier Deschamps, reconnaissance and pioneers of a DLM advance under the protection of a battery of 155mm guns.

The DLM was the only French big unit type that had three Pioneer companies, with all other types of units having only one or two. Each company was very big with around 200 men each with small differences in number depending on the type of unit. These figures are Simon Soldiers and portray the pioneers carrying mines, shovels and wire. A few figures have the FM 24/29 LMG instead of the more common and older Chauchat distributed among the pioneers. I tried to convert some Revell Chauchat firers but was out of metal heads and these had to do (Revell heads are too small in the WW1 French set comparing with these metal ones). 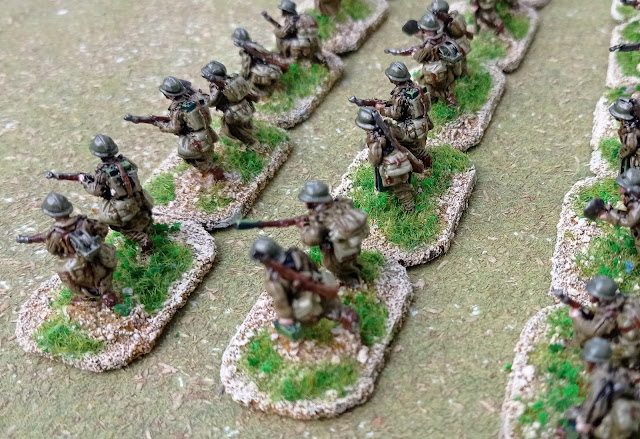 The figures are beautifully detailed and the pioneer equipment is all there with anti-personnel and light AT mines, wire laying devices, shovels, etc.

And here some close-ups to see the great level of detail of these figures. The second figure from the right carries the AT mine modéle 36. 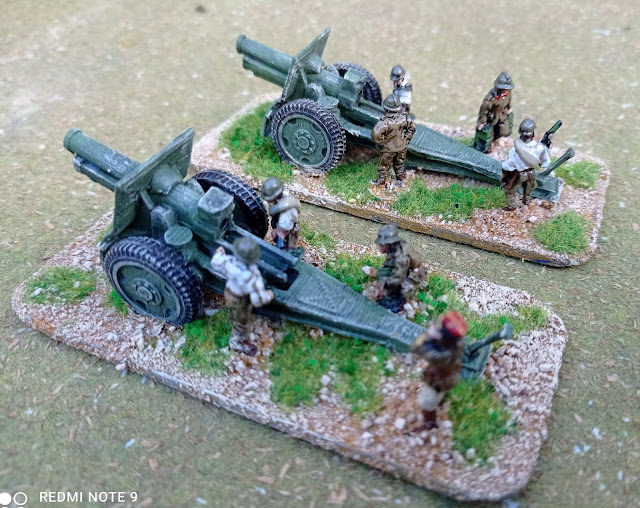 These Schneider 155mm C guns are MiniGeneral 3d prints with Simon Soldiers and Irregular Miniatures crews. This battery was still missing  as I built some time ago the same guns (Ace models) but with spoked wheels and thus proper for the DI. 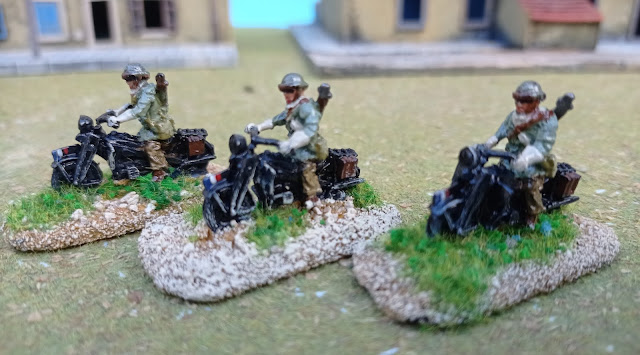 These three motards are SHQ with the discarded side-car. They will be used for liaison and command. 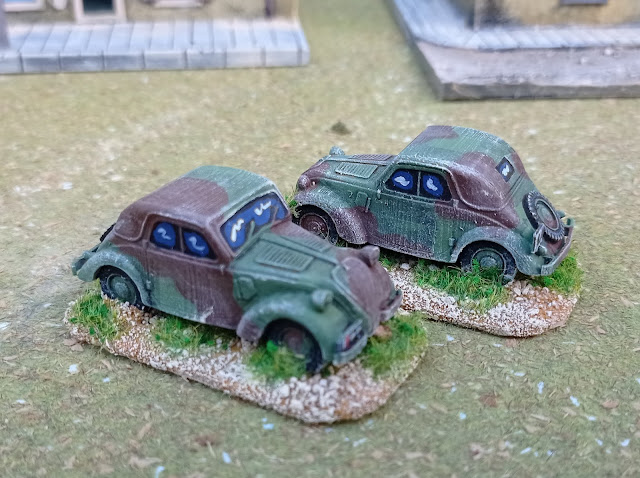