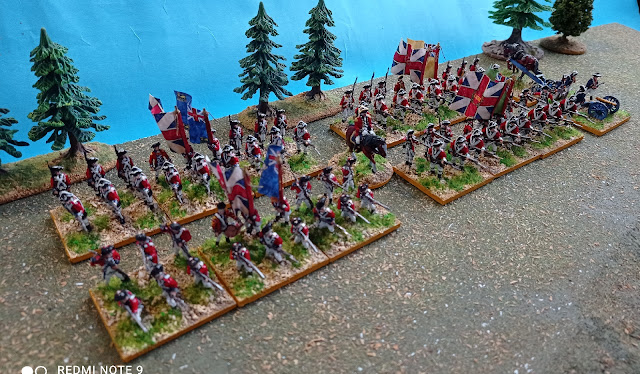 Brandywine's British army is closing completion with this last brigade of infantry. Now, only 5 guns, a few command bases and the two stands of Ferguson´s rifles are missing which is something I hope to have finished in the next post. Then of course still plenty of American brigades, mainly Militia, have to be built and painted and that will take much more time and probably a skip to other periods in between.
Vaughn's Brigade had three regiments of Infantry ( 4th, 28th and 49th foot) and one of Fusiliers (23rd foot). The Fusiliers are Airfix from the Grenadier box but the rest of the infantry is a mix of the usual Accurate and Revell but introducing the lovely PSC designed miniatures of the Hold the Line French and Indian Wars expansion set. 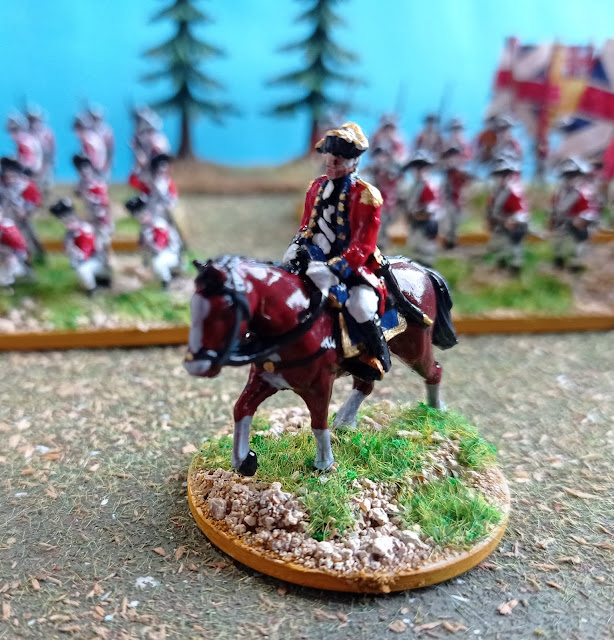 The Hold the Line mounted officer is a one piece gem and it really plays the part of a British gentleman on horse. In fact the figure comes in white plastic and, as all in this post, is intended to be a game piece for the French but all bicorne figures in all sets of Hold the Line can be used in any army.  I really pity not being able to get the initial game as it brings 200 figures in different poses compared to this expansion set which carries half of that number. 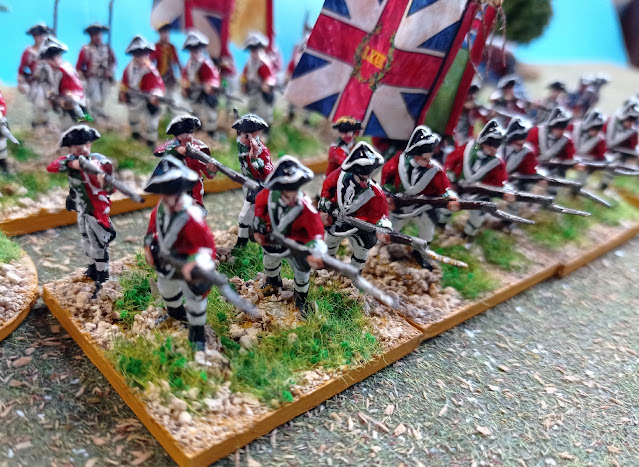 I placed Hold the line infantry in the front rank of all the three infantry regiment. They are true 1/72 figures and the same height as the Accurate/Revell figures even if a bit more beefed up. The bases are too big so I cut them for three figures to fit in line. 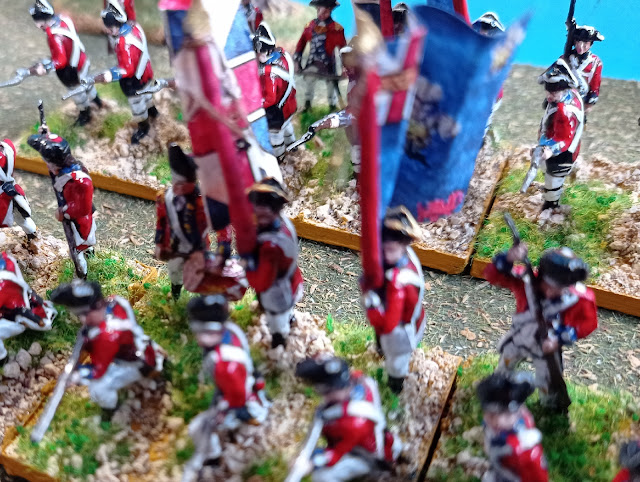 All blurry flag bearers are also Hold the Line figures. By 1777 the 23rd had already stored the bearskins with which they arrived to the American colonies but that headdress makes them distinguishable. 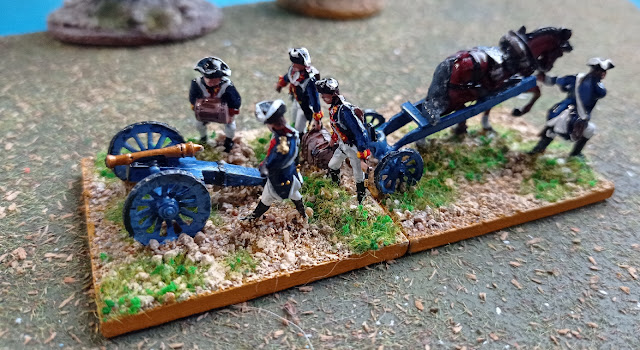 The brigade's artillery is a mix pot. The limber's horse and driver is 7YW Revell with a scratch built carriage on Napoleonic wheels, the gun is Hold the Line and the crew is Italeri, Airfix and Accurate.
Next: the last few stands for the British at Brandywine 1777.
Posted by João Pedro Peixoto at 15:27