This another nostalgic post in which another army is finished. Can't be sure but probably my first British for the AWI were made around some 20 years ago and these were the last missing stands and figures at least for Brandywine in a collection of around 1000 figures. Still to be made are some 300 figures for the larger Washington's army at the same battle. 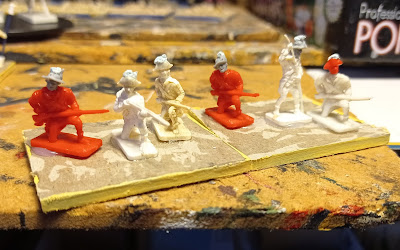 These Ferguson rifles are converted figures from both Airfix bodies and Revell heads with some Milliput tufts on the headdress. 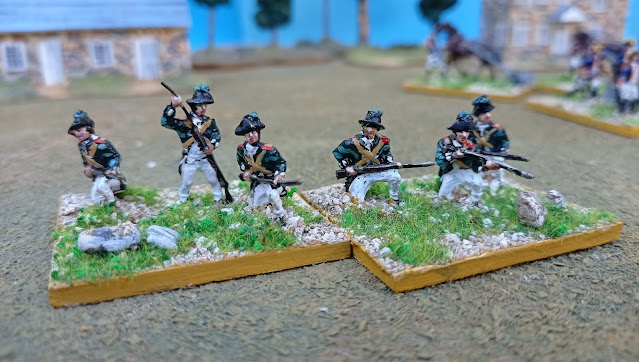 Like this these little Ferguson men became quite reasonable. Very hard to make is unique fire mechanism of the Ferguson rifle and these poses were also chosen because they hide the missing details. 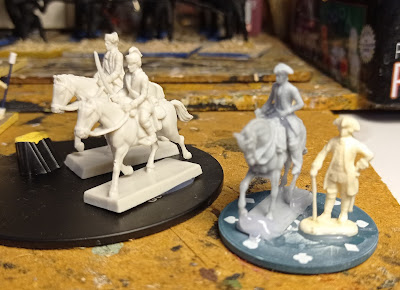 The two last command stands missing were Howe's and Cornwallys themselves. The figures used were Hold the Line and Revell. 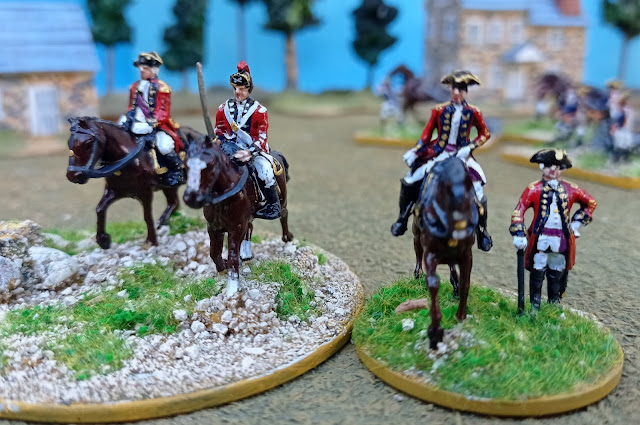 Along a bulky General Sir William Howe rides a 16th Light Dragoon trooper both Hold the Line figures. The Revell figures to the right aren't true British with the Cornwallys figure on horse coming from the Prussian box and the foot officer from the Austrian box. 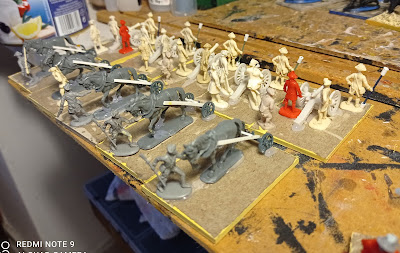 More work with these ones. The last few batteries of artillery were made with some Revell Austrian and Airfix figures but most with converted infantry from Revell's box of British infantry. The limbers came from 30YW Revell horses whose harness didn't change that much along the years. 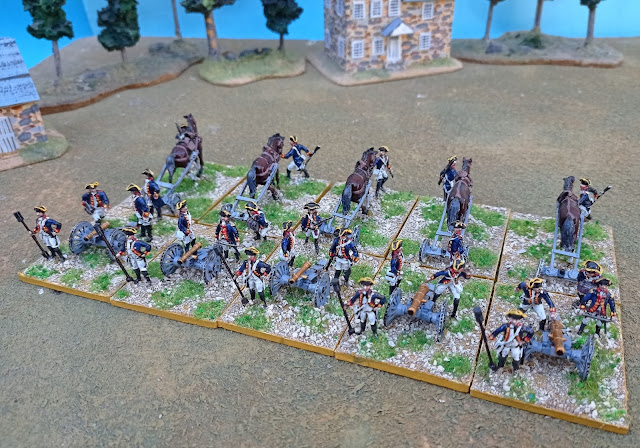 And here they are. The guns are from Hold the Line and probably if you ever painted Revell British infantry from the AWI you probably recognize most of the figures.
Next: a return for WWII or more Americans for Brandywine. Also a Pirrhic army is not out of the question as my Republican Romans are tired of calling names from their shelves to the Carthaginians on the other side of the basement.
Posted by João Pedro Peixoto at 13:36