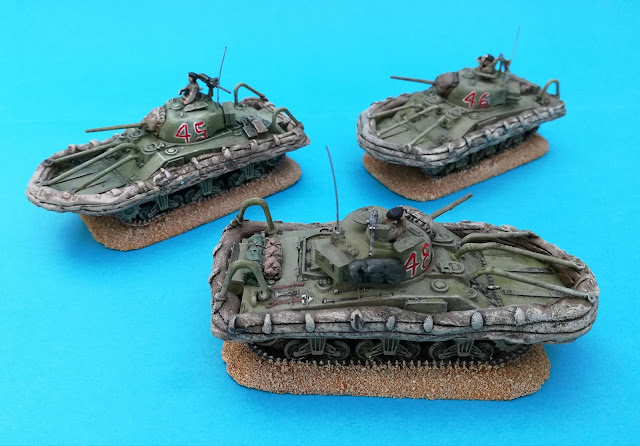 This new series will try to show you my British (and German, obviously) stuff I have to wargame the three beaches were the British and Canadians landed on the 6th of June 1944. While I can consider Omaha finished - with the exeption of a few terrain boards missing- the British beaches of Gold, Juno and Sword are far from finished but I can already show you plenty of dedicated models made for them.

I used three cheap Airfix Shermans, bought probably to have more LCM's, in order to make an extra company of Sherman DD's. 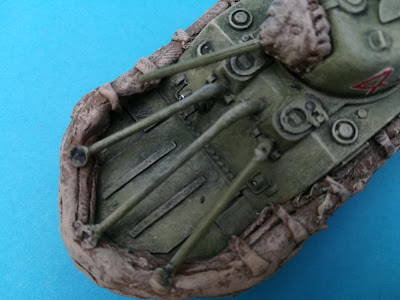 Most of the details are Evergreen plastic card and two-part filler used on the canvas parts. 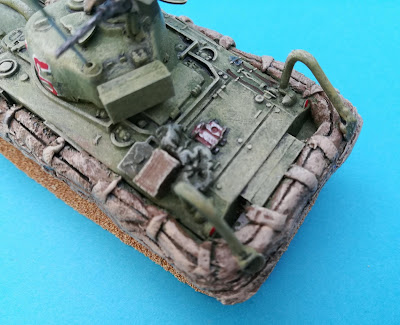 The radio box on the back of the turret and big red and white numbers made these DD's undoubtedly British. 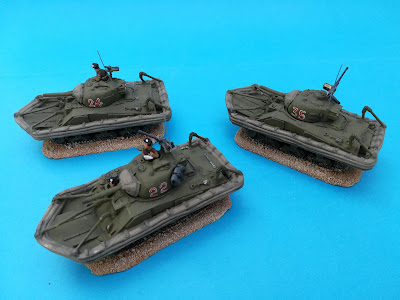 I copied most of the details from my first DD company made of Britannia models. 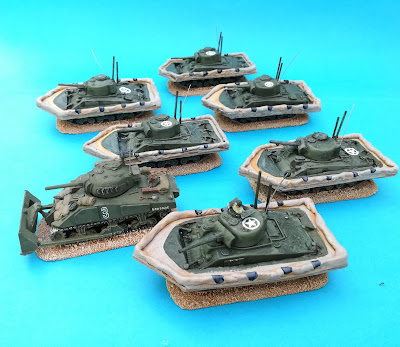 While basing the British DD's I took the oportunity to base the US ones (Atlantic) and to place wheels on the three water-line US DD's  I had.

Posted by João Pedro Peixoto at 14:34