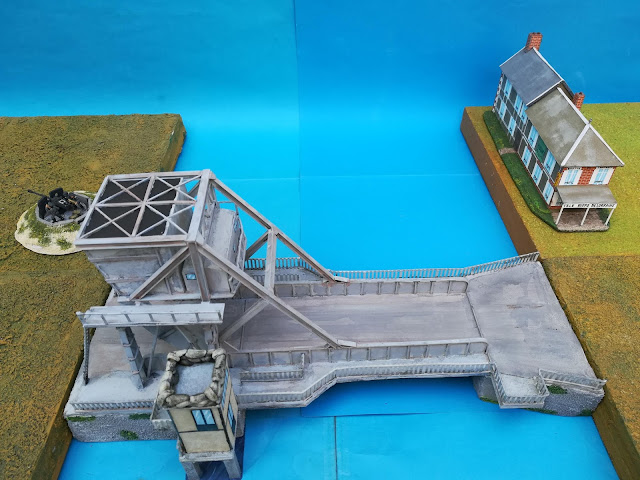 Not directly to do with D-Day British beaches in Normandy but close. The Bénouville bridge, famously known thereafter as 'Pegasus' bridge, was one of the main objectives of the 6th Airborne Division. It had to be captured to stop German reinforcements, mainly the nearby 21PD from rushing to the British beachhead. 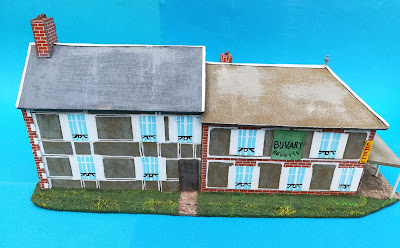 I made the famous Café Gondrée from card. It was tricky to build as it suffered a number of transformations since 1944. Some very old B/W photos helped a lot for its lay out, publicity posters  and front 'esplanade'. 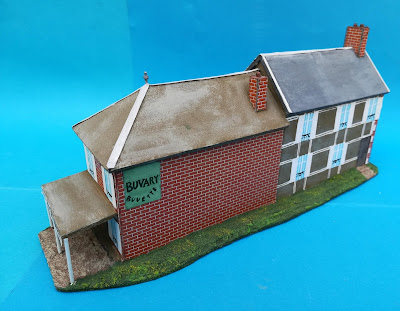 Besides ordinary card I used some brick card for some walls and chimneys. 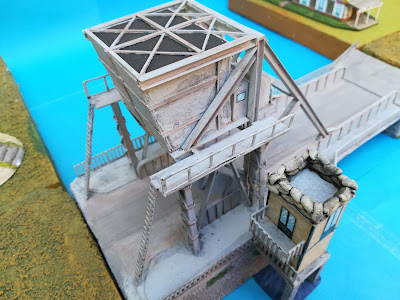 The bridge was made with my lawful Evergreen plastic card. Plenty was used on all possible shapes and all info came from the internet where you can find hundreds of useful pictures. 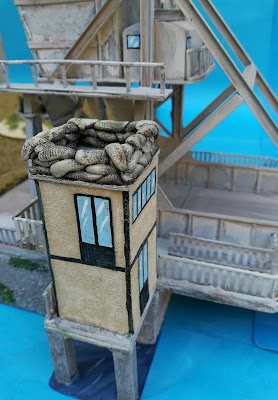 The roof of the control house is big enough for a MG stand. 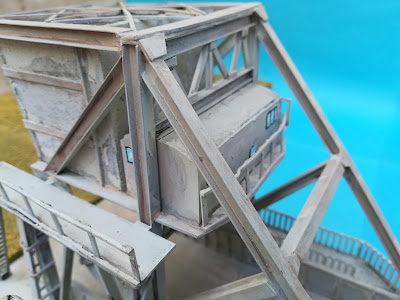 The Evergreen beams and other structures for architecture were particularly useful. 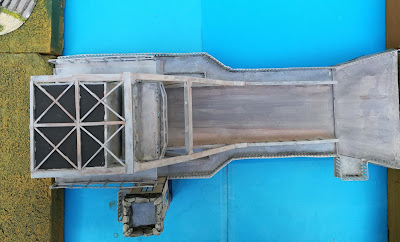 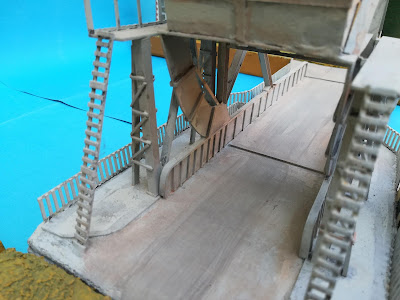 Detail of the lifting stucture of the brigde. These French bascule bridges were some of the first in the world and marvelled everyone in the 30's. 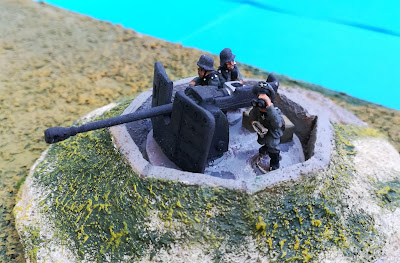 Defending the northern aproach to the bridge lay a 50mm Pak gun. Models and emplacement from Britannia.
If you want to see my British Airborne Division (the 1st from Arnhem not the 6th of D-Day fame, but they are almost the same) here it is:
http://jpwargamingplace.blogspot.pt/2014/09/rapid-fire-20mm-british-1st-airborne.html
Next: the Ouistreham Casino, or something else as I'm afraid of going to hell for not fulfilling my oaths as a good christian.
Posted by João Pedro Peixoto at 13:50