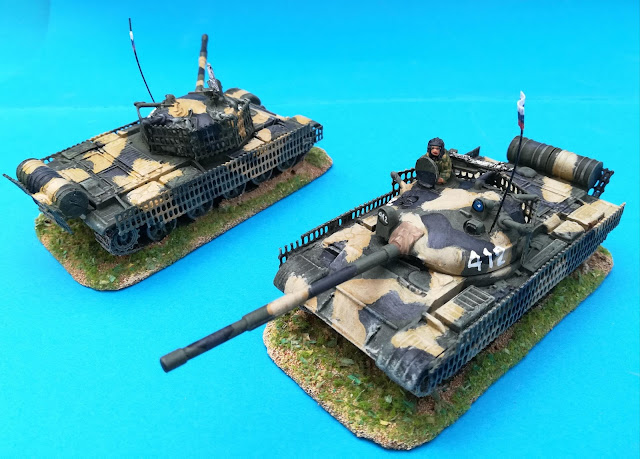 Recently I've been collecting some Fabbri models from Clive Diecast and also from the short collection of 10 models that we had here in Portugal last year.

In order to have a few T-62 BAR still present in the 2008 Georgian conflict I used some plastic net I had around and added the usual crew member, antennae and a Butler Printed Model DSHK Mg. 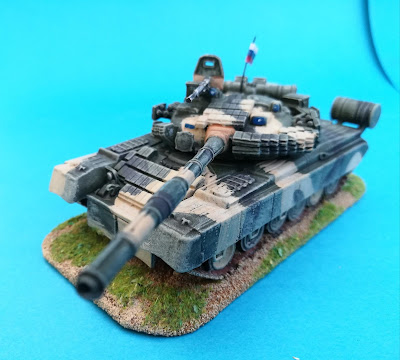 This is the last of the seven T-80B I needed to complete this battalion. Now... let's start another battalion! 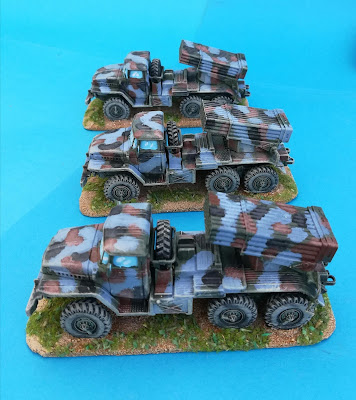 I painted a few BM-21 with Georgian colours as in internet pictures from a parade a little time after the war. In the war itself I think all these were plain green but they get more lively and distinguishable like this. 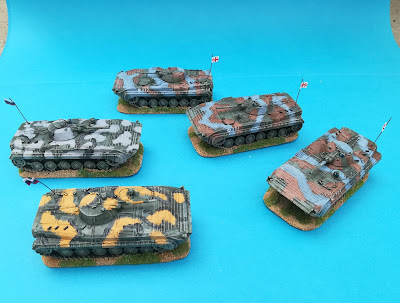 Also a few BMP-1 were repainted. To the right a few are in Georgian colours and to the left in Russian colours. These last ones completed the battalions of S-Models BMP-1's I started months ago.

Posted by João Pedro Peixoto at 02:13