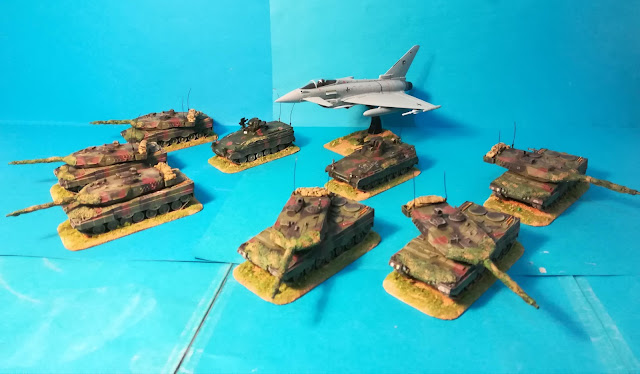 Elements of a Panzer Battalion with the support of some IFV and an Eurofighter moves quickly to the defence of Blaustadt... The pilot of the jet was later convicted to pay all the broken antennae of this unit! 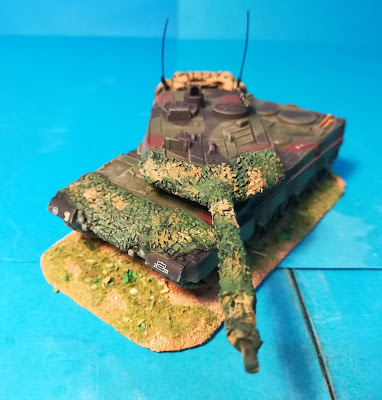 The Leopard 2A6 are original diecast Fabbri A5's. I added an extra piece of rod to the gun in order to simulate the new L55 120mm gun and desguised everything in the usual camo net that Leopards use. 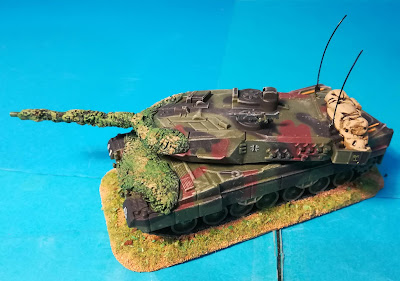 Also some stowage was added, antennae and a careful sand drybrushing was aplied all over in order to break the shine of the printed colours. Also the wooden pick and shovels were repainted and some visors and aiming devices on the turret were painted in shiny black. 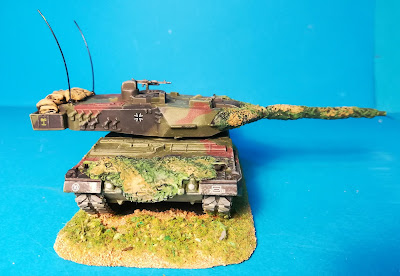 In fact the colours of the Fabbri/Altaya  German vehicles are so good that I didn't bother repainting them. Also many small decals are well placed and difficult to reproduce even with the smallest of the brush size. The three tone Green/Brown/Black of NATO is very well done and deserves to stay as made. Unfortunately not all vehicles of these collections are the same forcing plenty of repainting. 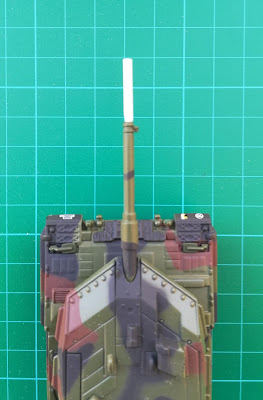 To make the L55 smoothbore 120mm gun I inserted a piece of 17mm plastic rod in the tube. 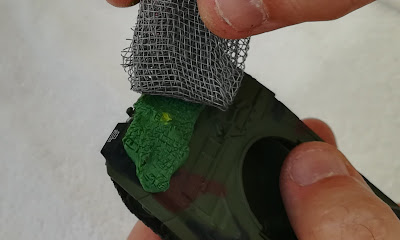 Then I plastered the gun tube and front chassis with blobs of GreenStuff. I used wire mesh carefully rolled over for the stippled effect of a camouflage net. Biting nails is good to see what we are doing otherwise details could be covered with a lenghty piece of yellow ... 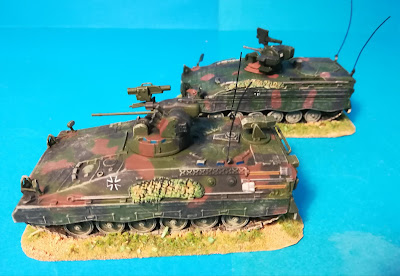 The Marder 1 were easier. I only placed a pair of antennae and  a rolled camouflge net to the side. Then a light sand drybrushing and its done. First plan Marder 1 is an A1 from Altaya, second plan an A3 from Fabbri. 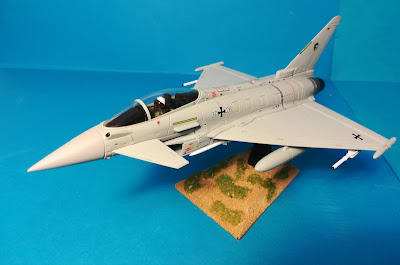 This Eurofighter Typhoon is an Altaya model. 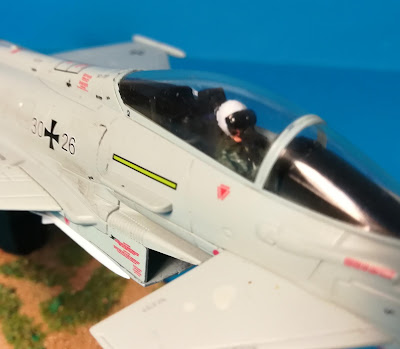 The only addition was the usual pilot entirely made of GreenStuff  that I'm adding to all these diecast models.

Posted by João Pedro Peixoto at 11:08