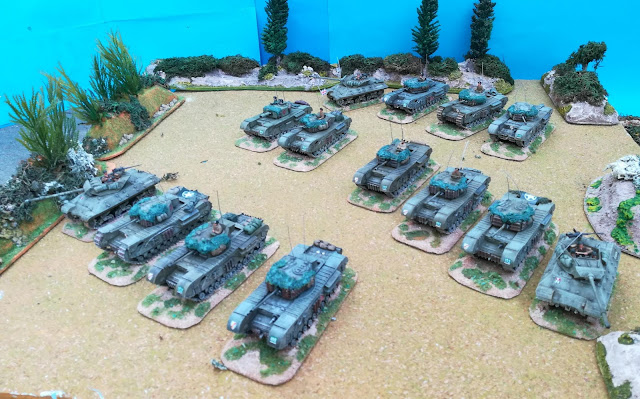 Ready for Operation Bluecoat  the 4th GG advances with each company of Churchills acompanied by a troop (a model) of Achilles TD.
I call this Battalion the Airfix Battalion as all ten 75mm tanks are Airfix. In the near future I'll show you the other two battalions. One is Esci/PSC (Coldstream Guards) and the other is Frontline Wargaming (Scots Guards). 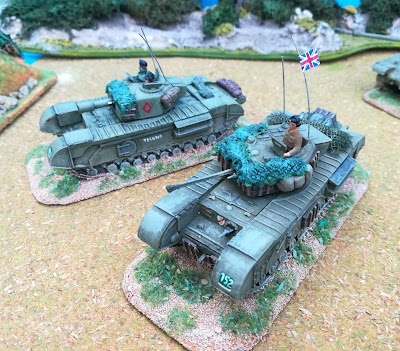 The only non-Airfix model is the 95mm CS Churchill which is a conversion on the Frontline Wargaming model with Britannia crew. The Co of the battalion has a small British flag for ease of recognition. 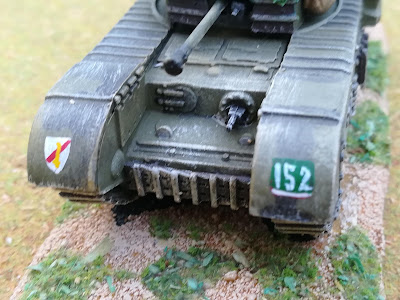 Both the symbol of the 6th GTB and the battalion markings were added as well as the company symbols. 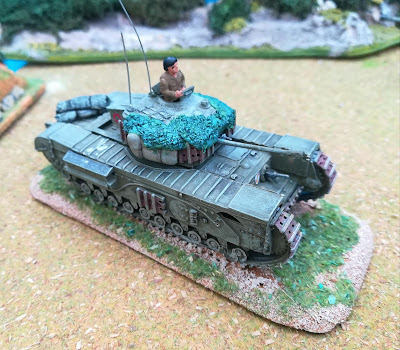 I cut the frontal fenders in some of the Churchills and I should have done it on more as  many were like this in the NW campaign of 1944/45. 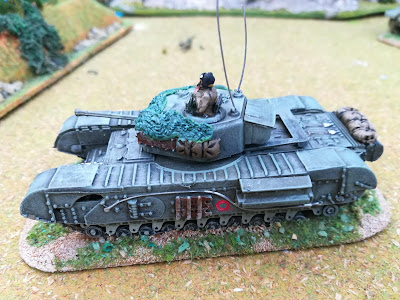 Other Churchills have the PSC figure from their A9 tank. I also added petrol drums to the rear of some of them. The camouflage net/Hessian tape was made in GW GreenStuff. 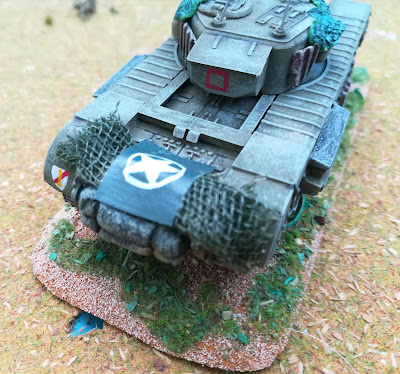 To the rear of others I placed what was at hand to make them all different. 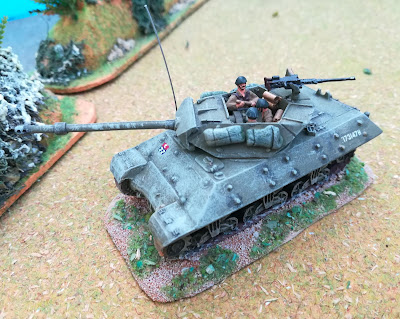 After some nice conversations with RF! enthusiasts on Fb I decided to place one Achilles TD per company. The three allocated from the RA to this battalion are metal Skytrex.
Posted by João Pedro Peixoto at 13:32