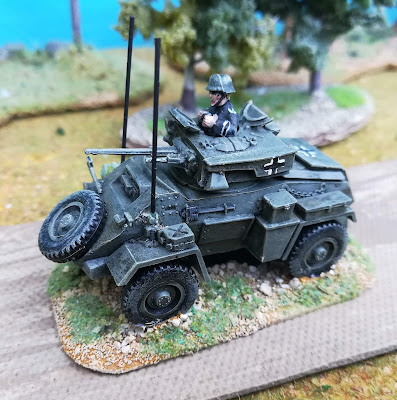 In the middle of I don't know which posts I finished some models that were walking around with no life prospects for some time, just spending father's money (me).
I used the Matchbox Humber MkIV to make the personnal mount of Hauptsturmführer Victor Graebner of the 9th SS Armoured Reconnaissance Battalion of Arnhem Bridge fame.
The figure is Valiant and I painted it as close as I could to the character in A Bridge Too Far movie. 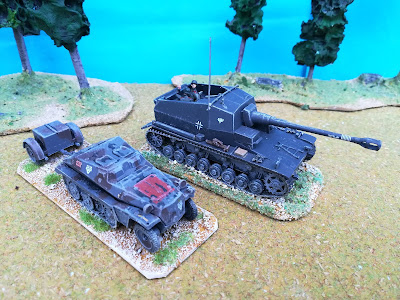 This is the 10.5cm K18 Panzer Selbsfahrlafette IVa (c'mon, then the Germans don't want people to have fun with their names on YouTube) from Altaya together with the Sdkfz 253, also Altaya, that supported these big SPG's. Only some plastic crew and light wethering and they are ready for their exciting  lives in my basement shelves.