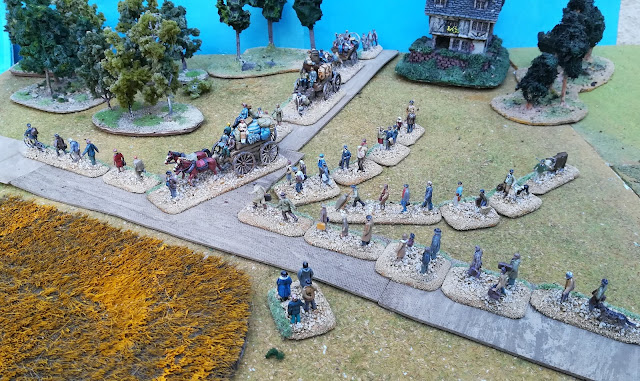 Refugees are another sad part of the German Blitzkrieg across Europe in 1939-40 and these figures try to show the European western civilians that fled from those invasions. While painting these guys I could not stop thinking that some of them came to Portugal or Spain, but many went to North Africa or Middle East where they were well received by the local communities, even if in those days they were still European dominated. Nowadays it's a shame what we see ın the EU with some countries denying help to refugees. If to the East those countries have no idea what is a colony in their History and have a natural fear of the refugees who comes to 'steal their job', in the West the same  attitude is particularly dangerous as Western European countries would still live in Middle Ages  if it was not for the exploitation of resources and people in the places from where the nowadays refugees come from.
But of course memory is a fragile thing. And even worse is the History knowledge.
The figures are Airfix from the old civilian sets and from Faller, Rocco and Preiser. They are different scale with Airfix around 1/76th and Preiser, Rocco and Faller in 1/87th scale. But they match well  if you want to make refugees as you may portray men and women of different size and ages. A total of 22 stands were built which makes more than 1 meter long of refugee column capable of hampering any possible Allied counter attack. 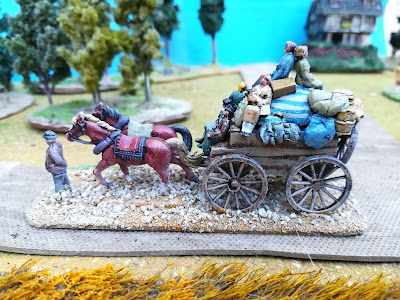 I built the carts out of EverGreen plastic card and glued piles of stuff and figures on top or hanging from them. The basis for this one are two Hat horses with extra harness, wheels from WW1 Airfix artillery and Airfix seated civilian figures. The stowage on top of the cart was made of two component paste. 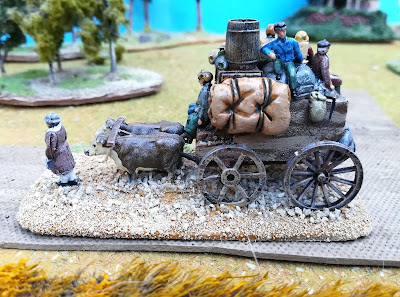 This one is pulled with a pair of oxen from Preiser. 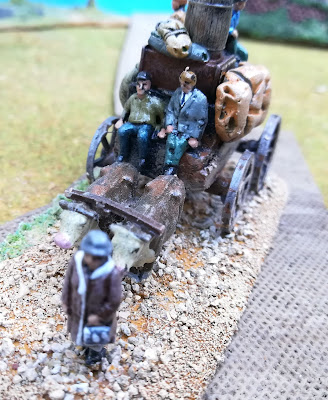 - Father, why is mom leading?
- My son, you will use in the future a new saying: size matters! 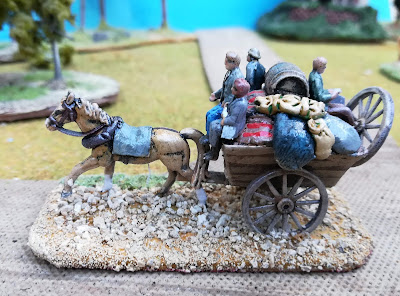 At this point spare wheels were scarce and this cart only has two and one surplus. 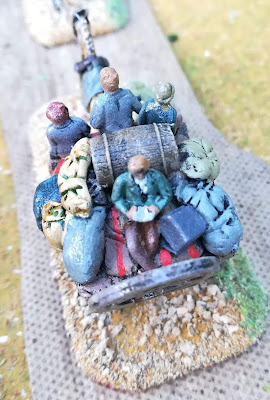 Even if school is closed you need to do keep on studying. 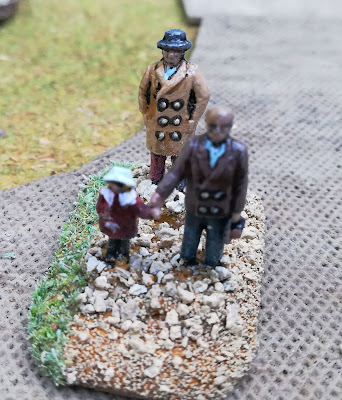 I placed grass only in one of the borders of each stand so that they can be placed on the road side. Well, this doesn't always work. 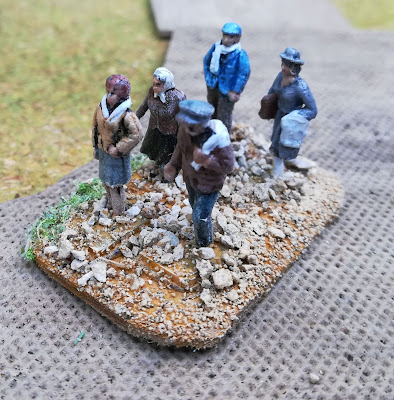 A mix of 1/76th and 1787th scale figures without no one getting offended. 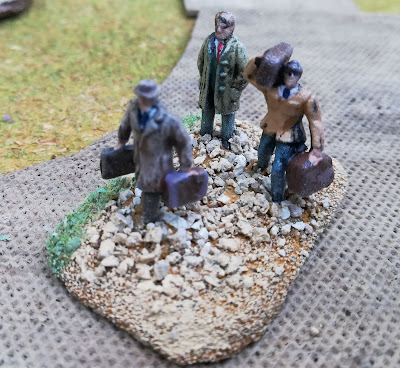 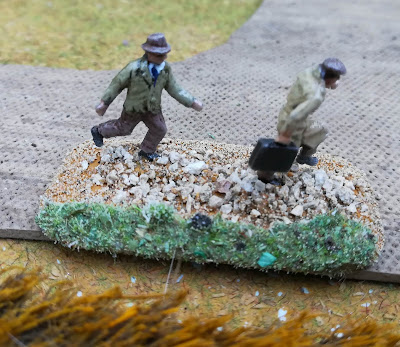 I only had a few running figures and these try to portray wether the ones whom are late to enter the column or people running from the dreaded straffing of a Stuka. 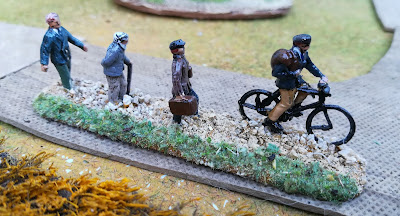 This stand has a RAF Airfix cyclist converted to a civilian. 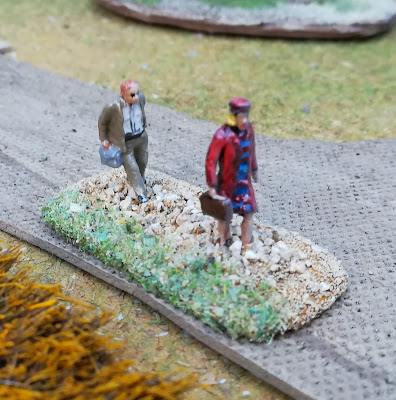 As usual in war there are those who take advantage of other people. The guy in the rear is analysing the girl's ass even in this dire situation! Shame on him and on the one who made this vignette. 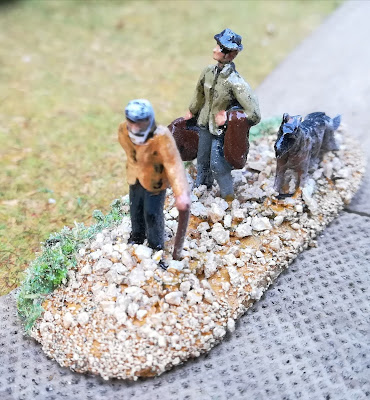 Even the dog came along. 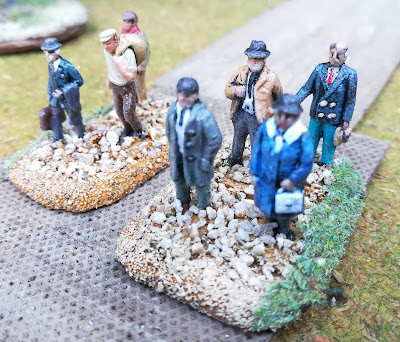 Rich and poor, everybody is quite similar under the same circumstances. 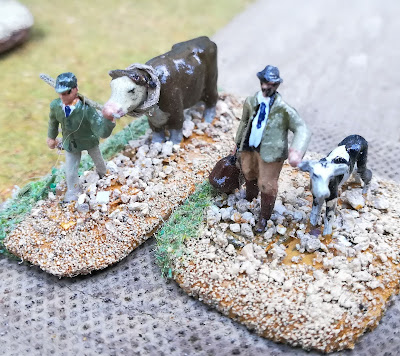 Also the cow and the calf had to come as both received prizes in the last agricultural fair of the region.